As is well known, atomic nuclei not only are the cores of substances but also directly participate in bremsstrahlung (namely deceleration radiation), nuclear magnetic resonance (NMR), nuclear scattering, and spontaneous and induced nuclear reactions including nuclear fission, fusion, spallation, and decay, all of which are significant for scientific research and practical applications, such as nuclear power, nuclear medicine and NMR imaging. Therefore, extensive efforts have been devoted to studying atomic nuclei for over 100 years by many scientists. However, to date, no methods of optical imaging can observe atomic nuclei, because it is extremely challenging to image such tiny entities surrounded by electrons. 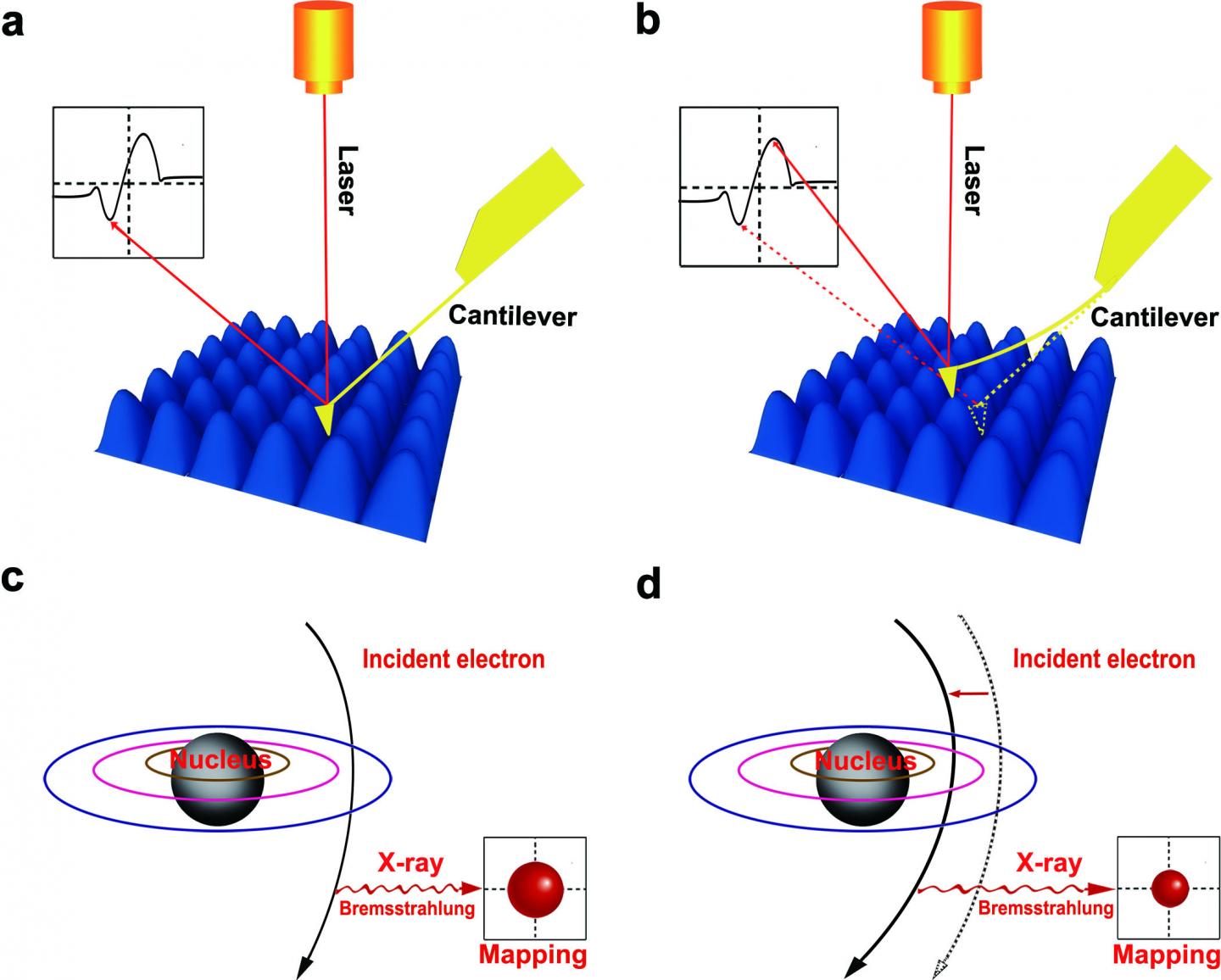 Fortunately, aberration-corrected scanning transmission electron microscopy (STEM) can provide an opportunity. Its electron beam is capable of positioning sample sites with the picometer (pm)-scale precision, and the interactions of the electron beam with the atomic nucleus and the electrons of an atom can emit bremsstrahlung X-ray photons and characteristic ones, respectively. Moreover, the bremsstrahlung and the characteristic X-ray photons can be received and distinguished by the detectors of energy-dispersive X-ray spectroscopy (EDS) in aberration-corrected STEM. The above functions can be performed simultaneously by modern instruments of aberration-corrected STEM.

Professor Jun Luo and the co-authors of a recent study propose and realize a new microscopy type of optical imaging for realizing the X-ray imaging of atomic nuclei (ANXRI) by integrating aberration-corrected STEM, the bremsstrahlung generation of X-ray photons, and the EDS receiving and mapping of the photons. ANXRI successfully images atomic nuclei in three different types of materials, including nanoporous gold (NPG) coated with Pd and Pt, NPG without Pd or Pt, and SrTiO3.

"Our idea about the ANXRI method was originally inspired by the working mechanism of atomic force microscopy (AFM)," said Luo.

The accuracy of ANXRI can reach 1 pm, and the individual imaged sizes of atomic nuclei in ANXRI are adjustable by altering the X-ray energies. More importantly, ANXRI is capable of distinguishing atomic nuclei of different elements. This function is very useful, because in most of nuclear scattering and reactions, not the electrons in a material but only its atomic nuclei change and evolve, which cannot be imaged and monitored by characteristic EDS peaks. This work provides a new opportunity for imaging and studying atomic nuclei and their evolutions in materials science, chemistry, and physics, such as nuclear fission, fusion, spallation. and decay.