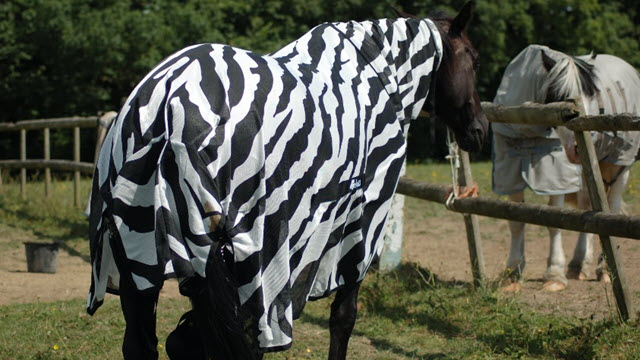 Zebra stripes have been posited to provide camouflage, visually confuse predators, signal to other zebras, or help control heat gain, but none of these hypotheses have withstood rigorous experimentation. An alternative, that stripes somehow reduce the likelihood of being bitten by predatory flies, has gained adherents, but the mechanism has been unclear.

In the new study, the authors compared behavior of horse flies as they attempted to prey on zebras and uniformly colored horses held in similar enclosures. Flies circled and touched horses and zebras at similar rates, but actually landed on zebras less than one-quarter as often. When horses wore a striped, black or white coat, flies landed far less often on the striped coat, but just as often on the uncovered head. The authors found that while flies decelerated prior to landing on horses, they approached zebras at a faster clip and failed to slow down as they closed the distance, often bumping into the zebra before flying away again.

Additionally, zebras were at greater pains to keep flies off through tail swishing and running away.

Taken together, these results indicate that stripes do not deter flies from approaching zebras, but do prevent effective landing, and thus, reduce the number of flies successfully feeding. This finding provides further support for the hypothesis that the evolutionary benefit of zebra stripes is to reduce biting by predatory flies.

The authors add: "Zebra stripes are now believed to have evolved to thwart attack by biting flies. We observed and filmed the behaviour of horse flies near captive zebras and horses and found that flies failed to decelerate close to stripes preventing controlled landings.  Combined with zebras’ anti-parasite behavior, few flies landed successfully or probed their hosts for blood.” 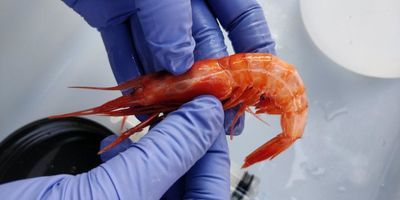 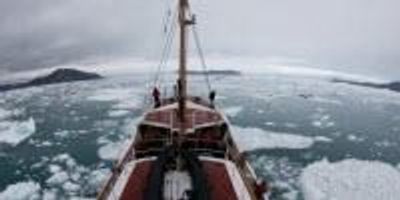