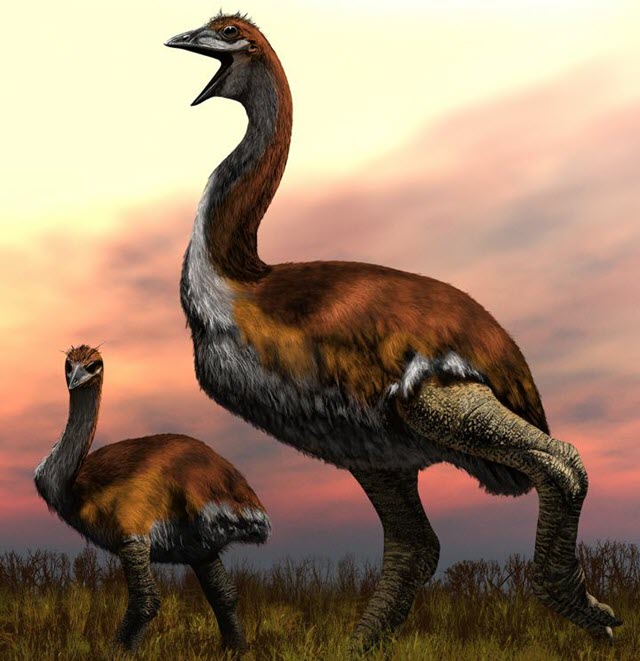 An artist's illustration of the giant elephant birdCREDIT: Jaime Chirinos

After decades of conflicting evidence and numerous publications, scientists at international conservation charity ZSL's (Zoological Society of London) Institute of Zoology, have finally put the "world's largest bird" debate to rest. Published today in Royal Society Open Science—Vorombe titan (meaning 'big bird' in Malagasy and Greek), has taken the title reaching weights of up to 800 kg and three meters tall, with the research also discovering unexpected diversity in these Madagascan creatures.

Until now, it was previously suggested that up to 15 different species of elephant birds had been identified under two genera, however research by ZSL scientists boasts new rigorous and quantitative evidence that shows, in fact, this is not the case. Armed with a tape measure and a pair of callipers, Dr Hansford analyzed hundreds of elephant bird bones from museums across the globe to uncover the world's largest bird, while also revealing their taxonomy is in fact spread across three genera and at least four distinct species; thus, constituting the first taxonomic reassessment of the family in over 80 years.

Elephant birds (belonging to the family Aepyornithidae) are an extinct group of colossal flightless birds that roamed Madagascar during the Late Quaternary, with two genera (Aepyornis and Mullerornis) previously recognized by scientists. The first species to be described, Aepyornis maximus, has often been considered to be the world's largest bird. In 1894, British scientist C.W. Andrews described an even larger species, Aepyornis titan, this has usually been dismissed as an unusually large specimen of A. maximus. However, ZSL's research reveals Andrew's "titan" bird was indeed a distinct species. The shape and size of its bones are so different from all other elephant birds that it has now been given the new genus name Vorombe by ZSL.

Lead Author at ZSL's Institute of Zoology, Dr James Hansford said: "Elephant birds were the biggest of Madagascar's megafauna and arguably one of the most important in the islands evolutionary history—even more so than lemurs. This is because large-bodied animals have an enormous impact on the wider ecosystem they live in via controlling vegetation through eating plants, spreading biomass and dispersing seeds through defecation. Madagascar is still suffering the effects of the extinction of these birds today."

Co-Author professor Samuel Turvey from ZSL's Institute of Zoology said: "Without an accurate understanding of past species diversity, we can't properly understand evolution or ecology in unique island systems such as Madagascar or reconstruct exactly what's been lost since human arrival on these islands. Knowing the history of biodiversity loss is essential to determine how to conserve today's threatened species."

Analyzing this data in a novel combination of machine learning combined with Bayesian clustering, Dr Hansford applied modern techniques to solve a 150-year-old taxonomic knot, that will form the modern understanding of these enigmatic avian megafauna. The revelation that the biggest of these birds was forgotten by history is just one part of their remarkable story.