Many labs use chillers to control the cooling needed for some processes. To make the device work, a chiller uses a fluid, and the best kind of fluid depends on a range of factors. Part of the selection process depends on lab preferences. This article explores some of the thinking behind picking one chiller fluid over another. 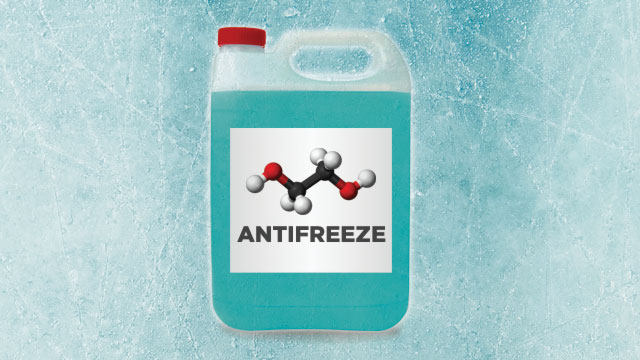 Picking the best fluid for your application

Perhaps surprisingly, the fluid selection for chillers involves more than science. “After 9/11,” says Mark Diener, product manager at Julabo in Allentown, Pennsylvania, “importation laws changed so that once you imported and sold a fluid, you were considered the manufacturer.” He continues, “Before 9/11, we got everything from our German headquarters, so we developed a project to find viable replacements from domestic suppliers.” He adds, “It was tricky for a high-temperature fluid, but mostly we located suppliers without much difficulty.” That does mean, however, that some vendors might not carry certain fluids—or versions from a particular manufacturer—that they once did. Still, every scientist can find many chiller fluids to consider.

The most common approach

The most commonly used fluid, says Kevin Hardy, principal engineer and product architect at Grant Instruments in Cambridgeshire, UK, “is a mixture of water and antifreeze—the same antifreeze that you put in your car.” He adds, “That is by far the most common fluid in recirculating chillers for use below 5 degrees Celsius. It’s very cheap, very affordable.”

Not all chiller manufacturers, though, supply fluids. For example, Hardy says, “We don’t have fluids that we buy in, and we don’t try to sell customers expensive fluids.” He adds, “We just recommend some readily available fluids that you can use throughout the temperature range.” Typically, an antifreeze mixture covers a temperature range of –40 to 30–50 degrees Celsius. This simple mixture can be adjusted for lower temperatures by increasing the amount of antifreeze. For example, a 50:50 ratio of water to antifreeze works for about –30 to 70 degrees Celsius, according to Hardy. He adds, “If you go down just below zero, say –10, you can get away with 20 percent antifreeze and 80 percent water.”

Scientists at Cyprotex US in Watertown, Massachusetts, test compounds, especially pharmaceuticals, for ADME-Tox—adsorption, distribution, metabolism, and excretion (ADME) plus toxicology—properties. According to Manpreet Virk, associate scientist at Cyprotex US, “We do a six time point ‘Metabolic Stability’ assay, which quenches the time point plates with a quenching solution, but we also need chillers to cool the beds on which we keep our plates.” To keep those cool, Virk says, “We use a mix of 20 percent antifreeze and 80 percent water to reach 4 degrees Celsius.”

In addition to being readily available and inexpensive, a water-antifreeze mixture is not flammable.

In applications that take more chilling, scientists often select a more sophisticated fluid, such as silicone oil. Hardy says that most chillers will work with a water-antifreeze combination or silicone oil. For example, some researchers prefer a low-viscosity silicone oil—such as a pure silicone fluid called 3 cSt—even for temperatures down to –60 degrees Celsius. The viscosity has to be low enough to pump the oil through the chiller. For many silicone oils, the viscosity is too high for pumping at low temperatures.

Scientists, however, pick among more than just antifreeze and silicone. One kind of fluid can even come in many forms. For example, Diener says, “Most of our products cover wide temperature extremes, so lots of our fluids are silicone-based, and there is a myriad of them to choose from.” He adds, “They have a very long lifecycle if not used at the top of their temperature range.”

At low temperatures, flammability is no concern for silicone oil, but it can be a worry at high temperatures—beyond those demanded of a chiller, though. “It’s a double-edged sword,” says Diener, “because you need a fluid that is pumpable but that constrains the flash point to a high point for safety.”

Ups and downs of old school

Despite the options of advanced fluids, don’t forget an obvious choice—water. As Hardy says, “Water is exceptionally good stuff. Use it when you can.” Many scientists agree. Hardy says, “A lot of people—up to half of the people using lab chillers to cool down glassware—just use water.” This fluid is not toxic and not flammable. “You might grow some algae in it,” Hardy says, “but that’s about it.”

Other experts agree that many scientists still like to use water in chillers. For example, Diener says, “Lots of people want to use water as much as possible, because of expense.” He does add, though, that “growing algae can hurt the equipment.”

Old school, though, is not always the best, especially when it comes to heat capacity. Water requires the most energy to change its temperature, compared with a waterantifreeze mixture or silicone oil. In general, a waterantifreeze mixture requires about 10 percent less energy to change its temperature than water does, and silicone oil takes even less energy, only about 50 percent as much as water. In many cases, researchers select the fluid, says Hardy, “not so much on the temperature range but on the amount of heat it will extract.”

So when it comes to keeping lab processes cooled off just right, the fluid might matter more or less than some researchers envision. For many circumstances, the old standby—water—still works just fine. In other circumstances, only more sophisticated fluids will do. To pick the best chiller fluid for a particular application, a scientist must consider the desired temperature range, energy requirements, safety, and so on. Once all of the factors get assessed, a scientist can pick the best option.

For additional resources on chillers, including useful articles and a list of manufacturers, visit www.labmanager.com/chillers

PolyScience's DuraChill chiller is a reflection of today's most powerful engineering and a commitment to the belief that... 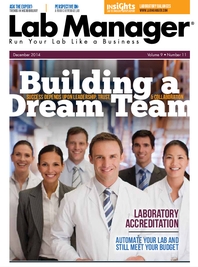 "We will put our best team on this one,” is a common refrain in many circles and is regularly heard in laboratories as directors seek to reassure customers and other stakeholders about delivering accurate and reliable results by deadlines.

What is the value of laboratory accreditation? Whom does it benefit? And what are those benefits? What is the standard of competence? What value does accreditation have from an internationally recognized body such as the American Association for Laboratory Accreditation?
The concept of lab automation sounds almost magical, as if a sophisticated machine here or there makes a lab run by itself. Indeed, automation can improve the efficiency of a lab and more, but figuring out the best “here” or “there” creates the challenge.