For many labs, automation provides the biggest return on sample preparation because it’s the key time-consuming bottleneck for many processes. 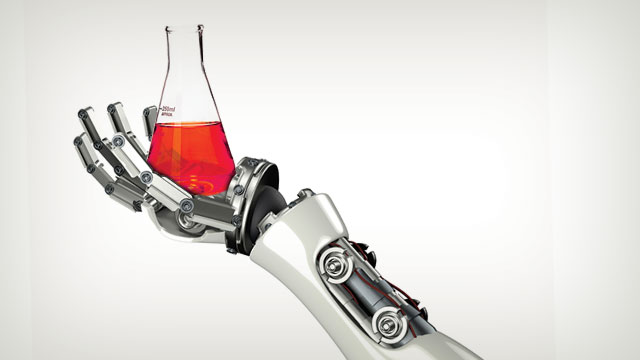 To smooth out the transition from manual to automated sample prep, though, scientists need to address three issues: what sample prep should be automated, whether to take an online or offline approach, and how much programming they are willing to learn. Experts interviewed here help novices navigate these challenges.

At The National Food Lab in Livermore, California, the question of where to automate sample preparation remains unanswered for Julie Hill, senior vice president of laboratory services. She says, “We’ve tested a couple of instruments for the QuEChERS extraction, but not that successfully.” This process can be used to test foods for contamination, such as pesticide residues. She adds, “We were beta testing, so the instruments weren’t ready for market but it made us a little shy to make the investment.” Still, Hill’s team runs hundreds of samples per week on this extraction. So, she says, “Automation would be cost-effective, but we want to make sure to purchase the right vendor’s equipment that will be robust and reliable.”

Despite a rough start and lingering concerns, Hill says that she will definitely add automation to sample preparation for this extraction. Hill plans to explore the latest options at Pittcon in March. She says, “There, our focus will be to look at automated equipment and talk to other labs.” In deciding what to automate, Hill is taking a productive approach—survey the options and see what works for similar labs. That strategy will help many managers make the best decisions about what to automate.

Also, make sure to compare apples with apples. One lab’s needs can differ significantly from another’s. “Where automation is used and the primary reason for using it, changes from laboratory to laboratory,” says Stuart J. Procter, business development chemist at Metrohm in Riverview, Florida. Quality control labs, says Procter, use automation of sample preparation to improve precision and accuracy, while contract analysis labs might use it to save time and money. Be sure to look for solutions that have been proven in your specific application.

The offline approach uses one system for sample preparation and another for detection. This makes for a more flexible system, because the sample-prep instruments can be used for more than one detection system. Consequently, an offline system can be used to process many samples without stopping for analysis. In some labs, that might be an efficient technique, especially if the detection device is shared with other labs and not always available.

The offline approach also offers other flexible features. As Eric Phillips, gas chromatography (GC) and GC/ MS marketing manager at Agilent in Santa Clara, California, says, “Offline systems can specialize. For example, there are systems that perform extractions, sample cleanup, derivatizations, serial dilutions, standard additions, and some combination of all of these.” Those instruments can be used like modules that can be connected in many ways to perform different forms of sample preparation. The offline approach can also be more economical in labs that cannot afford overlapping kinds of equipment, such as multiple platforms that all contain—in an online fashion—the same devices for sample preparation.

When throughput matters the most, though, labs should consider online sample preparation. “The online approach is really good for people with lots of experience with the detection technology who really want to maximize their productivity,” Asa says. In some cases, an online system can run around the clock. The integrated sample preparation also reduces the need for expertise in the lab, because the device provides some of that.

The choice of online or offline sample prep can also determine the need for coding. For example, the flexibility of an offline approach can increase the complexity, because the system probably includes a robotic workstation or a robotic liquid handler. “So someone needs to learn to write pipetting scripts that handle the processes,” Asa says.

For most technologies, the coding keeps evolving. You don’t need to know a particular computer language. As Phillips says, “All of that is generally handled by the manufacturers of the automation equipment.” But you will need to program the system to do what you want it to do. “Though that sounds easy,” Phillips says, “you need to be able to translate what is done manually into exactly what you want the system to do.” It can be a little painstaking to patiently “teach” a system to replicate the steps that you’ve been doing by hand, but this is all worthwhile. As Phillips says, “Once this is done, the automation equipment will not forget steps, nor will it complain about working late.”

As technology moves forward, coding needs could get easier and easier. As an example, Hal Wehrenberg, product manager for software at Tecan in Männedorf, Switzerland, describes some sample-prep systems that rely on open platforms “that let you tailor instructions for daily usage.” He adds, “A screen can even show pictures of how to set up the workflow.” These app-like capabilities can change the experience needed to “program” any automation system.

With this information in hand, you can take on sample prep’s trio of automation topics. Ask around to decide what to automate, consider your need for speed or flexibility when thinking online or off, and know the code or find a system that looks more drag-and-drop. Once you make those three decisions, your lab’s sample prep could be easy, repeatable, and more effective than ever.

The Thermo Scientific Multidrop Pico 1 and Pico 8 Digital Dispensers are designed to overcome the accuracy, cost, and ergonom...

Save time while protecting sample integrity 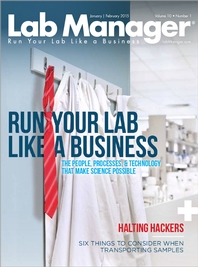 When looking at best practices for running a lab, things as seemingly diverse as staff development and retention, inventory management, procurement, and efficient use of training spends, need to be looked at together. After all, equipment is only as good as the staff who uses it and your staff is only as good as their training.

With headlines screaming about hacking, of the latest James Bond movie Skyfall most recently, of national and nuclear weapons laboratories not so long ago, and of businesses and individuals almost on a daily basis, it’s no surprise that worldwide information technology (IT) security spending is set to hit $77 billion in 2015—almost 8 percent more than this year’s $71 billion, according to IT researcher Gartner, Inc.
When we think of labs and how they operate, we’re mostly focused on testing and subsequent results—the technicians’ abilities and conditions inside the facility where sample research and measurements take place. It’s less often that we focus on how the samples arrive at the facility. However, sample transport is an important part of a successful laboratory operation. A healthy and timely sample is vital to accurate analysis.