Adapting to the Needs of Cell-Based Assays

The number and types of cell-based assays (CBAs) are as diverse as a cell’s observable biochemical activity. 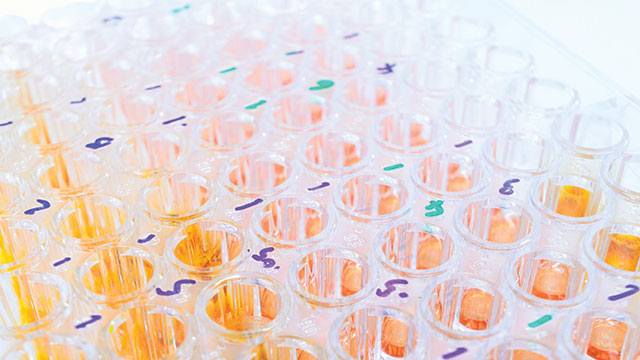 Some of the most popular assays include viability, cytotoxicity, apoptosis and apoptosis stage, cell counting, live/dead cells, receptor binding, drug uptake, cell and organelle labeling, and immunochemistry. Developers of microbial and mammalian cell lines for food and biopharmaceutical manufacturing employ many of these assays, plus additional tests for productivity, cell density, and viability under varied growth, media, and feed conditions.

“We use live cells to gain a more complete picture of what’s going on within cells, and when, so you can determine relationships between different cellular processes and characteristics,” comments BMG LABTECH application scientist Carl Peters. “CBAs improve the correlations between cause and effect, and increase the amount of data you can capture.”

Together, advances in microplate readers and tissue/ cell culture have opened up previously inaccessible frontiers in research and development. Scientists can now probe the life of a cell by tracking individual molecules. In industry, relatively inexpensive CBAs replace some animal studies and provide insight into how humans will respond to experimental drugs.

Fluorescence and luminescence are the two principal detection modes used in live CBAs; additional modes are available for endpoint assays conducted after cells have been lysed.

“Many cell-based assays require temperature control, so the reader should be equipped with a built-in incubator,” says Reija-Riitta Harinen, product manager, sample preparation and analysis, Thermo Fisher Scientific (Ventaa, Finland). When assaying from lidded microplates, the incubator must be designed to prevent condensation, thus keeping the lid clear for measurement. Assays that involve adherent cells require the reader to measure from the bottom of the plate.

“In some cell-based assays, you may also need to measure multiple points inside a well, so the reader should have a well-scanning capability,” Harinen adds. If cells require controlled carbon dioxide or oxygen atmospheres to grow, integrating the gas control module with the reader is advantageous, especially for kinetic measurements. “That way, there’s no need to shuttle the plate for hours between the incubator and the reader.”

Depending on the assay type, the frequency of reagent additions or medium replacements, and the number of times plates shuttle between the reader and the incubator, users might consider automating at least the operations that require the most human interaction. A related consideration is to automate intermediate duration operations that are too short to allow someone to be productive while he or she is away from the reader.

The potential for performing sequential assays on living cells and the possibility to run “terminal” assays on cells that have been treated and/or tested for one or more characteristics, then lysed and analyzed for another, raises interesting possibilities for obtaining multiple measurements from the same cells. Daisy-chained assays may be short—just a few minutes—or may extend over several hours or even days.

One approach involves StainFree™ Technology, a patent-pending feature of one Molecular Devices (Sunnyvale, CA) imaging cytometer. StainFree identifies and counts cells imaged in the transmitted light channel of the imager employing simple transmitted light. Because the cells are not under stress due to labeling, these assays can stretch over several days. Cells may be intermittently assessed for cell number, cell density, and growth curves through imaging.

“Since transmitted light imaging is nondestructive, we can then follow up with other assays,” says Cathy Olsen, application scientist at Molecular Devices.

With a nondestructive, non-labeling assay, performing several assays on the same cell populations is possible. Cells may be subject to several bright field imaging assessments followed by a fluorescence-based test for, say, apoptosis, and finally a luminescence viability assay or other assay that ultimately requires cell lysis.

Assays coupled in this manner do not present serious environmental constraints. Most of the operations involved take no more than several minutes each; fluorescence labeling could take 30 minutes, but would probably occur inside an incubator. Viability becomes a nonissue with terminal assays.

“This is where a multimode platform provides value—one that can handle imaging, fluorescence, and luminescence,” Olsen says.

Cells requiring long stays on the plate reader require some degree of environmental control, at least for temperature and oxygen and carbon dioxide concentrations. Most readers are temperature-controlled. Plate readers may be equipped with atmospheric control to sense for oxygen and carbon dioxide levels and to dispense appropriate gasses when needed.

Animal cells are innately “attachment dependent,” but some have been adapted to thrive in suspension. Suspended cells provide a more homogeneous readout with most standard modes, but bottom reading is essential for anchored cells.

Lab managers seeking gas control should consider having gas concentration tracking in the reader software for traceability. “This way you can always check if the gas atmosphere inside the reader stayed at the right level during a long kinetic run, such as overnight,” says Harinen.

With labs becoming more multipurpose, purchasers should consider “buying up”—acquiring readers that perform somewhat more than what a lab’s current needs may suggest. Look for nontechnical factors like usability as well. Reliability and ease of operation are especially beneficial in multiuser environments where investigators run different assays and employ different instrument features. “Automated features and safety controls can help you avoid mistakes that slow down research, and waste time, samples, and reagents,” Harinen continues. “Reader reliability and usability are well worth paying for.”

The Thermo Scientific Multidrop Pico 1 and Pico 8 Digital Dispensers are designed to overcome the accuracy, cost, and ergonom... 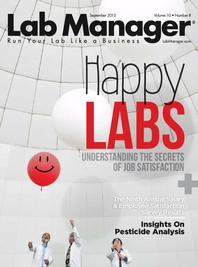 Managers often work at instilling job satisfaction in their staff.  But to do this successfully, a manager must also be content in the workplace.