Solid phase extraction (SPE) serves as the front end to numerous analytic modalities, particularly but not limited to gas and liquid chromatography. 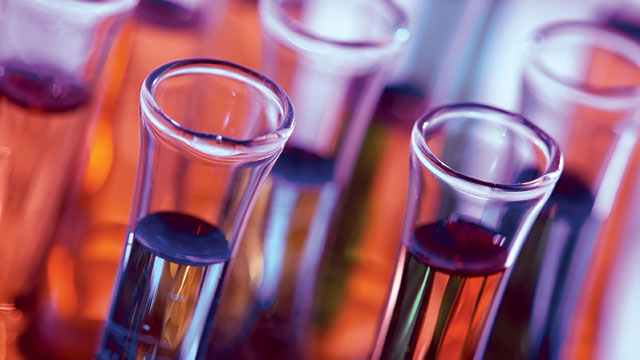 Sample preparation—where analyses are made or broken—consumes up to 80 percent of analysis time. Filtration, drying, concentration, dilution, liquid-liquid extraction, protein precipitation, and chromatography have maintained their niches over the years. All involve consumables, be they solvents, membranes, pipettes, resins, sorbents, chemicals, etc. But arguably the preparation technique available in the most relevant formats today, which lends itself to all purification modes and automation, is solid phase extraction (SPE).

SPE serves as the front end to numerous analytic modalities, particularly but not limited to gas and liquid chromatography. In addition to chemical selectivity, SPE provides a general cleanup for raw samples in many industries. Due to the versatility of SPE sorbents, the technique lends itself to all manners of automation, ranging from single-cartridge manual operation through multi-tip pipettes to large robotic workstations. The adaptability of SPE creates a wealth of consumables as well, ranging from the sorbent itself to disks, cartridges, pipette tips, microplates, and ad hoc formats.

“People want to do the least amount of sample preparation and still get optimum results,” says Joan Stevens, PhD, senior applications scientist for sample preparation at Agilent Technologies (Wilmington, DE). That option is available today, she adds, because of the sensitivity and selectivity of today’s instrumentation. “Instrument performance is in direct response to monitoring agencies, which have set concentration limits for some residues in the parts-per-billion range. That translates to micrograms per kilogram.”

Adoption of QuEChERS spurred development of sample prep consumables and kits, and the method was adapted to nonagricultural products. However, the dSPE (dispersive solid phase extraction) of QuEChERS protocol cannot appreciably remove lipids from higher-lipid-content samples. Pesticides, drug residues, and pollutants, all significant analysis targets, contain lipids, but concentrations are particularly high in the food industry and in clinical biological samples.

Conventional QuEChERS dispersive SPE sorbents could work for those analyses, but for the fact that they do not effectively remove lipids from high-fat samples. Fats overwhelm common methods based on GC- or LC-MS. In August 2015, Agilent introduced a novel lipid-removal sorbent, EMR-Lipid (enhanced matrix removal for lipids), that removes up to 92 percent of lipids from common samples. The nanoparticle sorbent operates through a combination of size exclusion and hydrophobic interaction. EMR-Lipid works with the QuEChERS protocol, and with protein “crash” that reduces protein interferences in food samples.

Protein crash denatures proteins using acetonitrile or methanol, which causes the proteins to form globules that bind to open-pore filters. Beneath this filter is a hydrophobic membrane that retains eluent until this is forced through to a collection plate via vacuum. Most sample preparation methods have been adapted to convenient, single-use formats. In addition to traditional cartridges and tubes, SPE sorbents are also available as microplates consisting of 96 wells charged with small quantities of sorbent, creating opportunities for highthroughput, automated workflows. Positive pressure or vacuum directs flow of solutions required for conditioning, loading, washing, and elution. Collection occurs through a second plate, placed below the 96-well SPE plate.

Automation may be SPE-dedicated or part of broader liquid-handling capabilities. Waters’ Oasis PRiME HLB line of purposed SPE systems multiplexes ten SPE sample runs but requires manual pipetting and manipulation, which is how conventional SPE has operated for years. However, the company claims that its proprietary water-wettable sorbents eliminate conditioning and equilibration steps, which saves considerable time. Oasis is also available in microplate format.

Moving up a notch on the automation ladder, the Biomek® 4000 workstation from Beckman Coulter is enabled for SPE as well as cell staining/culture (including stem cells) and plasmid purification. Climbing several more notches, in September 2015 Tecan entered a co-marketing deal with Phenomenex to adapt the latter firm’s Strata-X SPE sorbents to Tecan’s Freedom EVO robotic workstations. This implementation is geared toward high-throughput laboratories.

Solid phase extraction has made inroads into most markets, but its adoption has been slow among environmental analysts outside of methods specifically approved for SPE. “Many of the drinking water methods and some of the methods in SW- 846 mention SPE, but wastewater scientists have been behind the times,” says Zoe Grosser, PhD, global marketing manager at Horizon Technology (Salem, NH). SW-846 covers physical and chemical methods for evaluating solid waste. “Because EPA methods are so prescriptive, adopting new technologies and benefiting from their cost-effectiveness is difficult despite a willingness on the part of testing labs to adopt them.” Grosser adds that analytical lab profit margins are “thin” and that technologies like SPE could improve their productivity.

For example, SPE could speed up and standardize EPA method 625 (“organic chemical analysis of municipal and industrial wastewater”), which currently involves methylene chloride liquid-liquid extraction of semi-volatile organics followed by gas chromatography-mass spectrometry. Unfortunately the method does not specifically mention SPE as an alternative to liquid extraction. “So labs are reluctant to use SPE because they’re afraid that their auditor will cite them for not carrying out the method to the letter,” Grosser says. 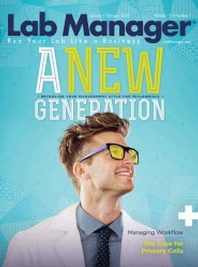 “This is not your grandfather’s or grandmother’s national lab system anymore.”

A workflow management system can enhance your laboratory’s operation, no matter what type of lab you have.
Primary cells have been a key part of life sciences research, and demand for these cells is at an all-time high.