Methods transfer between HPLC and UHPLC is becoming straightforward 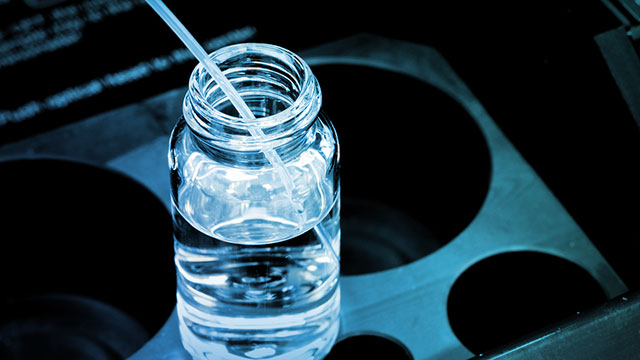 To buy UHPLC (ultrahigh-performance liquid chromatography) or not to buy UHPLC has been the question since Waters (Milford, MA) introduced its ACQUITY UPLC® (Ultra Performance Liquid Chromatography) instrument line. Key characteristics were very high backpressures (up to 18,000 psi compared with 6,000 psi for conventional HPLC), run times one-tenth as long, and stationary phase particle sizes below 2 microns (compared with 5, 10, or higher for HPLC). Over the next few years, ultrahigh-performance liquid chromatographs debuted from every major LC manufacturer (note that UHPLC refers to generic, high-pressure LC while UPLC ® is a Waters trademark).

But the question remained, with much of the concern revolving around legacy methods: If you ran a lot of them, switching to the new format involved retooling and revalidating analytical techniques that in some cases had served for decades.

Some concerns were based more on perception than on science. For example current UHPLC-class instruments still run HPLC methods on HPLC columns, thus easing the adoption path for labs that wish to try the new technology but retain tried-and-true methods. Further advances in LC technology have eliminated most of the remaining worry. Medium-pressure systems, the emergence of superficially porous particle (SPP) columns, and built-in method transfer have reduced the issue of methods to minor status.

Assigning designations along the HPLC-UHPLC spectrum based on pressure is tempting. Shimadzu, for example, sells standard HPLCs whose pressures max out at around 6000 psi. It also offers the midrange XR platform at 10 kpsi and a full-bore UHPLC, X2, that handles backpressures of 18 kpsi. “Many companies push the idea that highly efficient LC requires high pressures,” says Craig Young, HPLC product manager at Shimadzu. “It’s more accurate to say that high pressures are an unfortunate, and undesirable, consequence of higher-efficiency small-particle columns. Skilled chromatographers can perform very high-efficiency LC without ever approaching pressures of 16 to 18 kpsi.”

For example, SPP columns, which are offered by all major column vendors, provide high performance to users who have not or cannot step up to true UHPLC. Rugged, long-lasting SPP columns with greatly reduced backpressures provide efficiencies approaching those of UHPLC on conventional HPLC equipment. A popular particle size, 2.7 microns, allows users who are unprepared for UHPLC to experience shorter run times, better-resolved peaks, and reduced runtimes without investing in new hardware or specifying ultrahigh purity solvents. Regardless, the need to transfer methods among various LC platforms is real. “Marketing has made users desire fast chromatography—the ability to separate the maximum number of peaks in the shortest time. The downside is that if your eyes aren’t wide open, if you’re not prepared to step up your chromatography game, the benefits of UHPLC will be illusory,” Young says.

Best practice includes filtering all samples and solvents and using only the highest-quality mobile phases, which are unnecessary with 5-micron particle columns. The inlets of sub-2-micron particle columns, Young says, “trap everything,” reducing column performance and life. “If you don’t treat UHPLC systems right, you’ll rifle through consumables and be calling the manufacturer every week.”

Method transfer itself has become more routine with the widespread adoption of UHPLC and mid-pressure systems. Much of the effort has been automated. Shimadzu, for example, offers a Method scouting system that automates method parameter selection among myriad alternatives, and a Method Transfer system whose hardware is designed to move the flow path from HPLC to optimized UHPLC with a single click. Users now enter HPLC parameters, and built-in method transfer software will create and store an appropriate UHPLC method. Transfer has morphed from handwritten notes to spreadsheets to method scouting and method transfer software.

Eric Grumbach, director of pharmaceutical market development at Waters, notes that the primary difference between LC performance tiers is system dispersion, which when maintained below 10 microliters results in significant improvements in sensitivity and resolution. Grumbach refers to the concomitant pressure increases as one moves from conventional HPLC to UHPLC not as a feature but as “a necessary evil.”

Despite the ability of UHPLC to accommodate smaller column particle sizes as well as traditional columns, migrating a method from one to another can still be challenging.

SPP columns have provided a boost for HPLC and UHPLC as well. Waters offers them in 2.7- and 1.6-micron particle sizes, for low-medium and high-pressure systems, respectively. A 2.7-micron SPP column in a properly optimized HPLC system might deliver up to 75 percent–80 percent of the performance of a higher-tier UHPLC separation, according to Grumbach. “What many people don’t realize is that there are serious limitations to mass loading on superficially porous particle columns. If the method requires scaling up to semi-preparative LC, the method would have to be transferred to fully porous particle, which may or may not have the same selectivity.”

Every UHPLC component affects performance. For example, as a consequence of adopting smaller-particle columns and their resulting high backpressures, pumps and other hardware must withstand those pressures.

Void volumes within tubing and connections negatively affects separations as well, so users need to minimize dead volumes. Traditionally, LC connections utilized a multicomponent sleeve-ferrule connection that was difficult to assemble and reproduce across the entire fluidic path. “We saw the need to develop a minimal dead-volume “finger tight” fitting that could be easily installed without additional tools, and could reproducibly provide perfect connections for UHPLC,” Hoefler says.

Since migrating from HPLC to UHPLC involves faster separations, one must consider the detector and how data acquisition rates affect peak quality.

“Transferring methods from HPLC to newer UHPLC systems requires making the right choices to achieve equivalent performance,” Hoefler says. This is all that many customers initially desire from a new system. “When their needs change, they can then easily improve performance and speed by utilizing the UHPLC capabilities.”

For additional resources on UHPLC, including useful articles and a list of manufacturers, visit www.labmanager.com/UHPLC 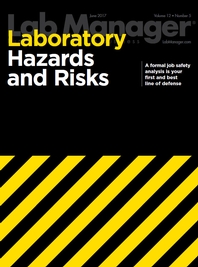 A formal job safety analysis is your first and best line of defense.