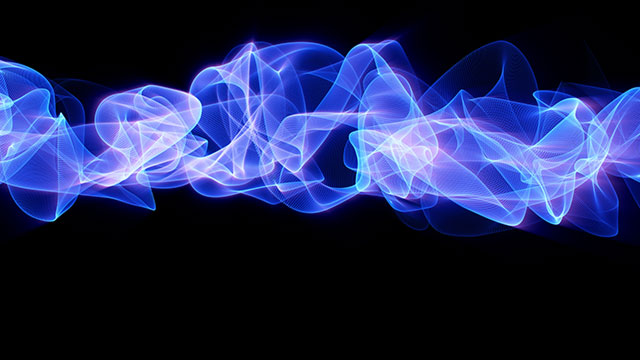 Based on the absorption of optical radiation by gas-state atoms, atomic absorption (AA) spectroscopy measures analyte concentrations down to parts per billion. Flame AA is the most common type, with graphite furnace AA and cold vapor AA following.

ICP-OE spectroscopy has the advantage in speed, lower detection limits, fewer interferences, and the ability to analyze multiple elements within the same sample. Flame OE is less expensive and easier to operate.

Atomic absorption occurs when an atom in the ground state absorbs light energy and transitions to a higher energy level. The more atoms present, the higher the absorption. Light sources are either hollow cathode or electrodeless discharge lamps. Every element detected requires a different light source, although sources may be combined for multiple-element detection.

Sample introduction for flame AA occurs through a high-temperature burner-nebulizer, which represents the method’s major limitation: only a fraction of the sample is heated, leading to low sensitivity.

In graphite furnace AA, the sample is introduced into a graphite tube, cleared of solvent and matrix, and completely atomized. All the atomized sample is available to the light path passing through the tube, so sensitivity and detection limits are greatly improved over those of flame AA.

On the downside, furnace AA analysis times are longer, and the list of potential elemental analytes is shorter than for flame AA—about 40 elements versus about 70. “Flame AA can’t quantify the gaseous elements and the halogens,” says Heidi Grecsek, global AA portfolio director at PerkinElmer.

Light from the ICP may be viewed radially (perpendicular to the plasma orientation) or axially (along the plasma axis). The radial view provides the highest upper linear range, whereas axial reduces the plasma background, offering a tenfold improvement in detection limit. The difference is a Beer’s Law phenomenon, notes Dr. Erica Cahoon, PerkinElmer’s global ICP-OES product manager. “The longer the path length, the greater the sensitivity. The axial view presents a longer viewing channel with more light, which increases sensitivity.”

Modern ICP-OES systems based on charge-coupled devices can tune into any wavelength and quantify elements through a single detector.

Note that ICP also serves as the sample introduction interface to a quadrupole mass spectrometer for ICP-mass spectrometry (ICP-MS). ICP-mass spec combines ICP’s multielement capability with the low detection limits of graphite furnace AA. Mass spectrometry has the further ability to quantify isotopes and their ratios, and it may be coupled with gas or liquid chromatography to provide a high degree of chemical identification and analysis.

Given the many options for elemental analysis within atomic spectroscopy, selecting an instrument is anything but straightforward. As PerkinElmer notes in its literature, “Because the techniques complement each other so well, it may not always be clear which is the optimum solution for a particular application.”

Purchasing decisions are based on a lab’s requirements for detection limits, analytical working range, and sample throughput. Every lab is concerned about data quality, particularly for workflows that are either regulated or will support legal proceedings. Tolerable interferences depend on the industry and sample type. On the operational side, lab managers are concerned about cost, ease of use, and the availability of standard methods.

Considering flame AA, graphite furnace AA, ICP-OES, and ICP-MS as a series, one can construct a decision matrix based on number of analytes, detection limits, and number and volume of samples.

A great deal of overlap exists among the atomic spectroscopy methods in terms of utility and suitable applications. Cahoon suggests using analyte concentration levels as the first cutoff criterion. “The concentration capabilities of AA and OES methods range from percent levels to parts per billion, while ICPMS goes down to parts per trillion, even parts per quadrillion. This is the basis of applicability to market segments.”

Improved sensitivity comes at a cost, however. Previously, ICPMS was limited to samples containing approximately 0.2 percent or less of dissolved solids. “Now, with gas dilution sample introduction, this barrier has been overcome,” Cahoon says.

The lowest-cost technique is FAAS, followed by MP-AES, then ETAAS, and finally ICP-OES. But cost alone should not be the only decision criterion, according to Jean-Pierre Lener, spectroscopy specialist at Agilent Technologies (Santa Clara, CA). “Factors such as single or multielement techniques, number of analytes, speed, and quantification limits should also be considered when determining the most appropriate technique.”

Operating costs for flame AA are low, with cost primarily for the flame gases. ETAAS operating costs are higher than FAAS due to the cost of argon and graphite tubes. ICP-OES costs are again higher due to increased argon consumption. MP-AES arguably has the lowest operating cost due to the use of nitrogen plasma.

Atomic spectroscopy methods are well established and reliable. FAAS is the easiest to use, with only a few predictable interferences. ETAAS requires a higher level of expertise, but atomizer technology that reduces matrix interference based on isothermal atomization, and the use of chemical modifiers, have made it easier to use. “MP-AES and ICP-OES have more severe spectral interferences, but enhanced hardware, autooptimization features, and ready-to-use software methods for matrices have provided greater simplification,” Lener explains. Higher sample throughput and analyte number requirements and the desire for automation may cause some users to shift from FAAS to MP-AES or ICP-OES, “but FAAS remains the most popular method of choice for many analytical applications,” Lener adds.

For additional resources on atomic spectroscopy, including useful articles and a list of manufacturers, visit www.labmanager.com/spectrophotometers

Tiny device could replace expensive lab-scale equipment for many applications

PerkinElmer’s Syngistix™ for AA Express software is the latest addition to the Syngistix Atomic Spectroscopy Soft... 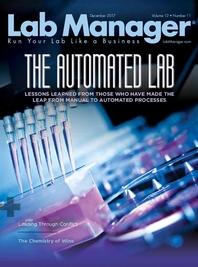