Deciding on a PCR Detection Method

From animal pathogens to iPSCs and beyond, PCR is a versatile technique for many experiments 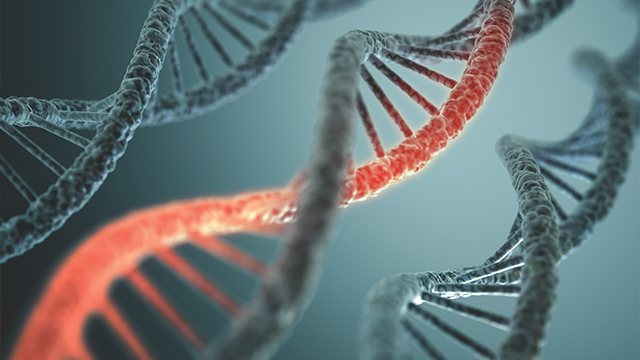 Methyl readers play a role in the differentiation of iPSCs. These proteins recognize specific methylations on RNA, such as N6-methyladenosine (m6A), which is methylation of adenosine at the nitrogen-6 position. “Certain proteins recognize this on RNA and control the fate of it,” Heck explains. A methyl reader could facilitate the enzymatic degradation of an RNA or promote translation. Overall, Heck notes, these processes “help stem cells control whether they stay a stem cell or differentiate into specific cell types.” That’s a basic, but complex step in developmental biology.

This work creates a range of challenges. Even working with the cells is tricky. Typically, scientists don’t use antibiotics with iPSCs because doing so alters their development; however, this makes contamination an issue. “Plus, they are touchy cells to work with,” Heck notes. “They are very ineffectively transfected with plasmids, which leaves small interfering RNA, called siRNA, for knockdown of the methyl readers.” After such manipulations, Heck uses PCR to quantify the results.

With qPCR (quantitative PCR), the detection method can be dye- or probe-based. Dye-based qPCR typically makes use of green fluorescence. The probes provide some advantages; for example, “Probes can help increase the specificity of the test,” explains John Beeby, laboratory manager at the Cornell University College of Veterinary Medicine’s Animal Health Diagnostics Center in Ithaca, NY. “We routinely use both PCR and qPCR to detect the presence of a wide range of animal pathogens in the samples we receive.”

In general, qPCR detects amplification as it occurs, which explains the technology’s other name—real-time PCR. Consequently, “qPCR can quantify the amount of pathogen present in the sample,” Beeby explains, and “qPCR is typically much faster than conventional PCR, which helps in the rapid diagnosis and treatment of sick animals.”

Heck started his work on iPSCs using qPCR but soon switched to digital PCR (dPCR). (For the history of dPCR, see an article by Alec Morley, emeritus professor at Flinders University’s College of Medicine and Public Health in Adelaide, Australia.1) Specifically, Heck performs reverse transcription (RT) on RNA samples to make cDNA. Then, he says, that cDNA is used in RT-dPCR “with primers to specific genes in order to examine their expression.”

Like other kinds of PCR, the digital form can be applied to many questions. As Heck says, “There are people on campus who use digital PCR for things like copy number variations, but the vast majority use it for analyzing changes in gene expression.” In comparing quantitative and digital PCR, Heck points out that qPCR is slightly less expensive per sample. For accuracy, though, he says that “digital PCR blows qPCR out of the water.”

Heck works in a lab run by Carol Wilusz, professor in the Department of Microbiology, Immunology and Pathology. In comparing dye- versus probe-based dPCR, she says, “My lab uses almost exclusively digital PCR—EvaGreen— because it’s cheaper and simpler for small-scale projects.” This dye can be used in various forms of PCR, including qPCR, dPCR, and droplet digital PCR (ddPCR).

In fact, Wilusz, Heck, and their colleagues used ddPCR2 (Bio-Rad; Hercules, CA) and EvaGreen to quantify the stability of mRNA and found that “the use of dPCR allows for the detection of relatively small changes in abundance (<10 percent) that can be hard to quantify by qPCR but can reflect significant changes in half-life. However, if large changes (much greater than twofold) in half-life are anticipated, qPCR can give reliable results.”

“The majority of our clients run SYBR Green assays,” Cavallin says. “The advantage of SYBR Green verses TaqMan is cost and ease of use.” Still, most pros also come with cons. “The disadvantage is that SYBR Green can generate false positives since the dye intercalates into any double-stranded DNA,” Cavallin explains. “Therefore, it’s essential that clients design primers that are specific to their target DNA and run a melt curve to verify that they have a single product.”

At the Institute of Analytical and Bioanalytical Chemistry at Ulm University in Germany, doctoral student Manuela Gast— led by professor Boris Mizaikoff—uses qPCR3 to quantify the amount of virus in samples, including ones in natural matrices. Although she’s used both dye- and probe-based methods—that is, SYBR and TaqMan, respectively—most of her work relies on probe-based detection.

She provides a concise comparison of the two approaches. For dye-based detection, Gast points out several advantages:

She also notes some disadvantages:

According to Gast, the advantages of probe-based detection include:

On the downside, she notes that the assay design is not trivial and the cost can be high.

From animal pathogens to iPSCs and beyond, PCR is a versatile technique for many experiments. Dye- and probebased detection methods each have unique advantages and several factors, including experimental design and cost, must be considered when selecting the best method.

3. Gast, M., et al. Understanding the viral load during the synthesis and after rebinding of virus imprinted particles via real-time quantitative PCR. Analyst 143:2616–2622. 2018

For additional resources on PCR/qPCR, including useful articles and a list of manufacturers, visit www.labmanager.com/PCR

PCR is an invaluable tool for any lab performing genetic analysis 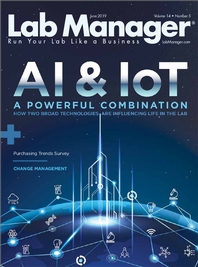