Electronic pipettes are the preferred solution for efficiency, consistency, and reliability 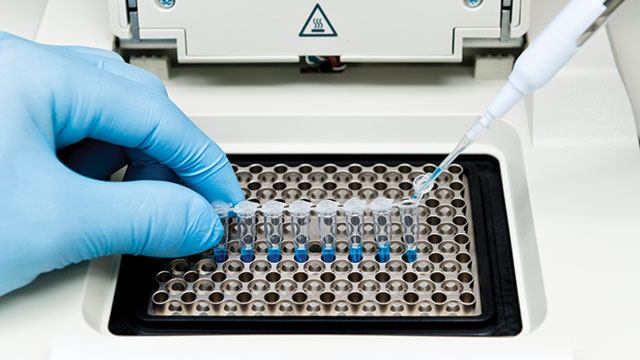 A pipette is a thin tube used for transferring liquids, and has been an indispensable tool of science since the time of Pasteur. He and other Victorian-era scientists used bulbs, inlet tubes, and cotton wool filters to enhance suction and forestall contamination. Although their volumetric consistency was inadequate, these adaptations spurred a leap forward in microbiology and allowed researchers to safely transfer liquids with their fingers instead of their mouths. Nonetheless, the first report of infection occurred contemporaneously, in 1893, when a researcher mouth-pipetted the bacterium that causes typhoid. The victim was a sentinel for trends to come, and by the 1950s up to 40 percent of laboratory-derived infections were caused by mouth pipetting. A 1966 US Army study came to the obvious conclusion that researchers should stop doing it. Heedless of this advice, bacterial and viral infections, radioactive poisoning, and chemical burns were common occurrences until the 1970s, when precision micropipettes became widespread.

The manual, piston-stroke micropipette was introduced by Eppendorf in 1961, and marked significant improvements in accuracy and standardization compared to previous iterations, oral or otherwise, which depended on forces of suction and expulsion that were unique to each user. Gilson later updated the technology to allow for adjustable volume control. The introduction of instruments oriented toward microliter amounts helped drive biomedical science into the realm of the very small. It changed investigators’ approaches to scientific questions, and the industry itself, as it moved toward production of microcentrifuges and graduated microvolume test tubes. More recent advances in pipetting technology stem from increased throughput in experimentation. The success of the Human Genome Project, and the rise of deep sequencing platforms, spurred companies including Eppendorf to begin introducing electronic pipettes. Now, many laboratories have a range of pipetting options, with electronic repeater and multichannel pipettes, and a full series of manual P20, P200, and P1000 pipettes for each staff member.

Choice can sometimes be an experimental hazard, though. It is frustrating to watch a student pipet vanishingly small volumes, for instance adding 0.27 microliters of an enzyme in 10 percent glycerol to a reaction tube using a P2. Additionally, because of the ability of the manual piston to go past its point of measured accuracy, people erroneously take up volumes that exceed the calibrated range. As manual pipettes are particularly vulnerable to hysteresis, transfer of seemingly identical volumes to many samples is actually subject to a significant amount of error. Finally, how can any of us over the age of 35 hope to be accurate when we can’t even see the little tick marks in between the microliter values anymore?

Electronic pipettes contain a motor to precisely regulate aspiration and dispensing rates, which reduces air bubbles and barrel contamination. Moreover, repeater pipettes reduce measurement error in experiments with many samples and replicates. Push-button functionality provides an ergonomic advantage, avoiding mechanical wear associated with force-dependent actions like tip ejection, and obviating laboratory casualties like pipette thumb. Electronic pipettes are often programmable, allow storage and modification of protocols, save on overall tip usage, and drive greater efficiency in experimental setup. Several providers have taken the technology a step further and created linked smart pipetting systems. Thermo Fisher Scientific offers E1 pipettes that are programmable and Bluetooth-enabled, although they require proprietary ClipTips. Similarly, Gilson offers the Pipetman M series that interfaces via Bluetooth with the Trackman digital tablet to keep track in real time of complex multiwell pipetting tasks, and store data for further analysis. Finally, although electronic pipettes are usually two to three times the price of manual ones, the increased accuracy, and hence efficiency and confidence in results, are well worth it.

For additional resources on pipettes, including useful articles and a list of manufacturers, visit www.labmanager.com/pipettes

What are the most important things to keep in mind when buying and maintaining pipettes? 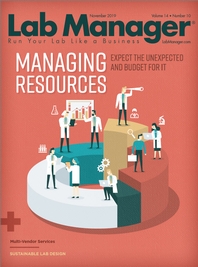 Expect the unexpected and budget for it