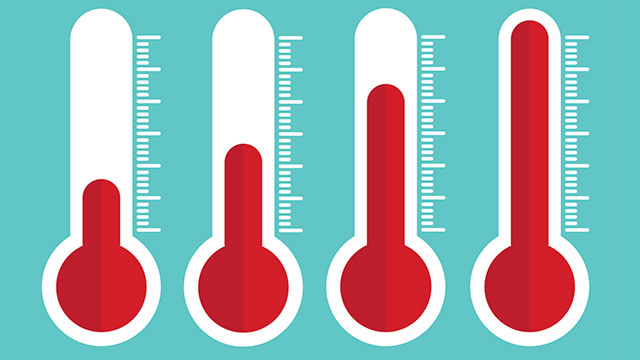 Temperature is a key piece of the equation in any microwave acid digestion. Not only is accurate temperature measurement essential for a successful digestion, but it can also help to ensure reproducibility and safety. In addition to the traditional methods that have been developed to measure temperature in microwave digestion, several innovative solutions have recently made their way to market.

Additionally, manufacturers will often provide the option of an immersing temperature probe, which is immersed in the reaction vessel. “This is technically the most accurate way of measuring temperature and thereby controlling the microwave reaction,” says Reynhardt Klopper, an analytical and synthetic chemistry product specialist at Anton Paar (Ashland, VA). Still, this method has its limitations. Klopper points out the high cost of probes, along with the fact that a probe can only be applied to a single reaction vessel in a batch.

Bob Lockerman, a global product manager at CEM Corporation (Matthews, NC), notes that probes are also commonly used in combination with IR. When a probe is used to calibrate IR, the IR becomes more reliable and accurate, he explains.

Beyond the traditional sensors and probes

According to Art Ross, a product specialist in automated digestion systems at SCP Science (Baie-D’Urfé, Quebec, Canada), being able to measure temperature with IR in real time for 12 samples simultaneously is one of the more recent upgrades to microwave digestion. With new technology from SCP Science, researchers can “run multiple methods on the same rack at the same time in the digestion tunnel,” says Ross. For example, one could run a regulated method like a USEPA 3051 at 175 degrees Celsius and concurrently digest an oil sample at 200 degrees Celsius on the same rack.

Just last year, CEM launched a new product that is similar to IR in that it involves a single sensor, but Lockerman notes that unlike IR, this technology can see though the vessel and directly measure the temperature of the solution. “Instead of being a surface measurement like IR, iWave measures the actual solution temperature, and by doing that, can provide the functionality of a fiber optic probe but with the use of a sensor,” he says. Lockerman adds that the new technology provides accurate temperature information on each vessel, so if any one were to overheat, the power of the microwave would immediately adjust in response.

Whereas temperature probes normally feature fiberoptic cables, which often get tangled and break when the user attempts to connect them to the inside surface of the microwave system, Anton Paar offers sensors that transmit temperature data wirelessly to the microwave software. And while CEM’s new product does require a wire to connect to the processor, it is completely wireless within the microwave cavity.

For additional resources on microwave digesters, including useful articles and a list of manufacturers, visit www.labmanager.com/microwave

Clearest Picture Yet of Electronic Particles in a Mysterious Magnetic State

Clearest Picture Yet of Electronic Particles in a Mysterious Magnetic State