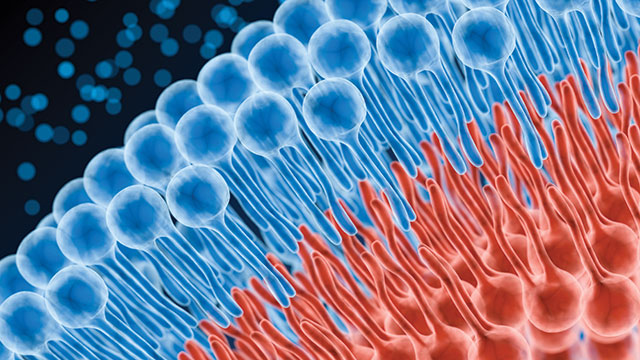 Getting to the right part of a sample and identifying the desired components make up the foundation of many scientific studies. For analytical techniques in the life sciences, this foundation often consists of a separation method, such as high-performance liquid chromatography (HPLC), paired with an appropriate detector. With HPLC, scientists often use ultraviolet (UV) detection, but some samples don’t absorb UV light. That demands the need for other techniques, such as charged aerosol detection (CAD).

“Often with LC detectors, one analyte responds more strongly than another, or may not respond at all,” says Paul Gamache, director of R&D at Thermo Fisher Scientific (Waltham, MA). “What is very often desired is the ability to obtain a quantitative response for a wide range of analytes independent of their specific chemical properties.” CAD provides that kind of response for any nonvolatile analyte.

Many scientists call CAD a universal HPLC detector, because it works on all sorts of samples. The analytes in a sample do not need any particular properties, like color, fluorescence, or ionizability. Moreover, CAD is highly sensitive and can provide a consistent response for nonvolatile analytes, including those lacking UV absorption. “Because it works by coating whatever comes out of the HPLC in charged nitrogen atoms and then detecting the amount of charge, it’s essentially an ‘everything detector,’” says Vanessa Quinlivan, a biology graduate student at Johns Hopkins University (Baltimore, MD). Consequently, CAD can pick up a variety of analyte classes in one experiment, and it does so with high sensitivity.

The mechanism of CAD spawns its wide appeal. “CAD can detect any nonvolatile and most semivolatile analytes and has been used for a wide range of applications—for example, pharmaceutical development, protein/peptide measurement, lipid analysis, and polymer characterization,” says Zhengyuan Zhou, a research fellow in the school of pharmacy and biomedical sciences at the UK’s University of Central Lancashire.

As mentioned, CAD transfers charge to analyte particles whose size and therefore charge depend on analyte mass concentration. “Any high-mobility species, such as gas ions, that did not interact with the analyte particles are removed by an ion trap, while the now charged particles pass to a collector where the aerosol’s aggregate charge is measured with a very sensitive electrometer,” Gamache explains.

The signal from the detector goes to a chromatographic data system (CDS), such as the Thermo Scientific Chromeleon CDS. “The signal produced is directly proportional to the mass-flow of analyte,” says Gamache. So, CAD quantifies the injected mass of nonvolatile analytes in a sample independent of their molar mass and chemical properties.

Some scientists might think of CAD like an evaporative light-scattering detector (ELSD). Both are evaporative aerosol detectors, but the performance differs significantly. “With decreasing analyte mass, the response drops nonlinearly and essentially disappears with ELSD but not with CAD,” says Gamache. “The nonlinear drop in sensitivity with ELSD often leads to under-estimation of lower level analytes, such as pharmaceutical impurities, and significantly complicates any limit of detection calculation.” In optimized conditions for both detectors, studies by scientists at Thermo Fisher Scientific showed that CAD is far more sensitive than ELSD is. “For an on-column injection of 7.8 nanograms of both theophylline and caffeine, the signal-to- noise ratio for theophylline with ELSD was 2 compared with 238 with the Corona Veo CAD,” says Gamache. The ELSD didn’t even detect this amount of caffeine.

CAD in the lab

Researchers can use CAD with HPLC in many ways. As an example, Zhou points out that researchers use HPLC-CAD in his lab to characterize cross-linked micelles, which are nanoparticles made from polymers. These can be modified in many ways, which makes them useful for drug delivery.

CAD also works very well in lipid research. “The array of lipids in a single biological sample—like plant oil or an extract from animal tissue—can be so diverse in terms of their chemical properties,” says Quinlivan. HPLC-CAD does a great job of identifying components of those diverse samples.

In Steven Farber’s lab at the Carnegie Institution for Science (Baltimore, MD), where Quinlivan works as a graduate student, researchers study lipid metabolism in a larval zebrafish model. “We use HPLC-CAD to examine how the total-body lipid composition of larval zebrafish changes depending on what they eat,” Quinlivan explains. Using HPLC-CAD, Quinlivan and her colleagues can detect and quantify a large array of phospholipids, triglycerides, fatty acids, cholesterol esters, and free cholesterol—all in the same sample.

For instance, studies from Farber’s group showed that the triglyceride content of larval zebrafish increases by about five percent after they consume a single high-fat meal. “The same method also allows us to look at the effects of genetic mutations on the lipid profile, and to see how lipids change in the early developmental stages as the embryo absorbs its yolk—the nutrient supply it is born with, consisting of a lipid mixture—over the first five days of life,” Quinlivan explains.

Buy it for breadth

Even this brief overview of HPLC-CAD shows its versatility. As Gamache says of CAD, “because it offers more sensitivity, a wider dynamic range, and a more consistent response independent of analyte properties than other technologies, it can be used for many applications.” Those applications stretch from biotechnology and biopharmaceuticals to natural products and specialty chemicals.

So, your lab can explore a range of application areas with the same HPLC-CAD setup. This might not make a universal research platform for everything that you ever want to do, but it can cover many separation and detection needs, especially in life science applications.

For additional resources on HPLC, including useful articles and a list of manufacturers, visit www.labmanager.com/HPLC