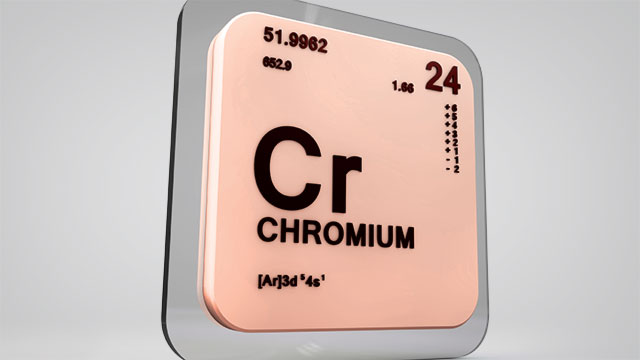 The species of an element—based on its molecular form or valency state—determines how it behaves. Take a chemical like chromium. Its valency state impacts its toxicity and bioavailability. So to know how dangerous something might be, scientists must determine the species of the element. Through speciation analysis, researchers separate the species in a sample and quantify them. An integral tool for such analyses is inductively coupled plasma-mass spectrometry (ICP-MS).

The high-temperature ICP source turns a compound in a sample into its constituting elements. After ionization, the ions are separated and analyzed with MS. “Elemental speciation is a technique that is used to separate and quantify an element in terms of its chemical species, rather than the total element concentration,” says Shona McSheehy Ducos, ICP-MS product manager, chromatography and mass spectrometry at Thermo Fisher Scientific (Waltham, MA). ICP-MS can detect even trace species in a sample—down to sub-parts per billion.

ICP-MS for speciation includes some upstream processing. “Because the plasma destroys all molecular information, a chromatographic technique is usually coupled to the ICP-MS,” says Brian Jackson, director of trace metal analysis at Dartmouth College’s (Hanover, NH) department of earth science. “The chromatography does the compound/species separation, the ICP-MS does the element-specific detection, and compounds are identified by retention-time matching.”

An array of advantages

Scientists can easily integrate ICP-MS with common methods of separation, including liquid and gas chromatography (LC and GC, respectively). As with other forms of MS, a separation stage can improve a setup’s sensitivity. LC-ICP-MS, for example, usually provides much lower detection limits than LC-MS.

In Jackson’s lab, the isotope specificity of ICP-MS really comes in handy for studying the speciation of mercury with GC-ICP-MS. “By spiking the samples with enriched stable isotopes of methylmercury and inorganic mercury,” Jackson explains, “we can quantify these two species by isotope dilution, which is a more accurate and precise method than external calibration and much more robust [when] changing instrumental conditions during an analytical run.”

Jackson and his colleagues also develop techniques for studying the speciation of arsenic. “We do a lot of arsenic speciation of food extracts and urine samples,” he says. When using traditional methods by anion chromatography-ICP-MS, it takes 10-20 minutes per sample. “When you have batches of one hundred samples and their associated calibration standards and quality control,” Jackson explains, “that adds up to a very long batch-analysis run.” So he and his team modified the method to use a short, five-centimeter anion exchange column, which decreases the run time for the five common arsenic species to less than four minutes. “It’s a simple thing but it’s made such a difference to sample throughput in my lab,” he says.

Getting the right chemistry in the separation stage also matters, because scientists often use ICP-MS to look for elements at trace levels. “With properly tailored column chemistry, a complicated sample matrix can be eluted separately from the analyte species, which removes a significant number of potential interferences,” McSheehy Ducos notes. The less interference getting to the detector, the higher the sensitivity of an analysis.

Although scientists use ICP-MS to determine the species of elements in a range of samples, some of the most interesting recent ones involve environmental samples. For example, environmental samples can contain various forms of tin. “One of the most toxic species of tin, tributyltin, has persisted in the environment, following decades of use in commercially available boat hull antifouling paint,” McSheehy Ducos notes.

Tin’s toxic effects and common occurrence in environmental samples have driven regulatory legislation, including the European Union Water Framework Directive and the U.S. Environmental Protection Agency’s Ambient Aquatic Life Water Quality Criteria. These require sub-parts per billion measurements. Here, says McSheehy Ducos, “GC is often employed, as it will produce the most selective and efficient separation with excellent signal-to-noise ratios.” In this technique, a flexible transfer line maintains consistent temperature, which provides a complete integrated solution for the analysis of tin species.

To get even more out of a speciation system, some scientists use triple-quadrupole MS. According to Jackson, this is “opening new doors in terms of analysis of elements, such as phosphorous and sulfur, that now can be measured at very low concentrations.”

Agilent is an innovator of triple-quad systems. Agilent developed a fast arsenic-speciation analysis of rice and wines with LC-ICP-triple-quad MS. “This exciting project is in collaboration with Courtney Tanabe and Susan Ebeler of the department of viticulture and enology at the University of California, Davis, as well as Patrick Gray from the U.S. Food and Drug Administration’s (FDA) Center for Food Safety and Applied Nutrition,” writes Jenny Nelson, segment marketing application scientist. This separates inorganic arsenic from monomethylarsonic acid and dimethylarsinic acid DMA in under two minutes using a narrow-bore, small-particle chromatography column. The current FDA EAM 4.10 and 4.11 methods have an analysis time of approximately 20 minutes. “Furthermore, the use of oxygen as a reaction gas in the ICP-triple-quad allowed for a decrease in spectral interferences while increasing sensitivity,” Nelson adds.

Such advances are making ICP-MS faster and more sensitive. As Jackson says, “I think we’ll see more applications of multi-element speciation methods in the future.”

For additional informaion on ICP-MS, including useful articles and a list of manufacturers, visit www.labmanager.com/tag/icp-ms