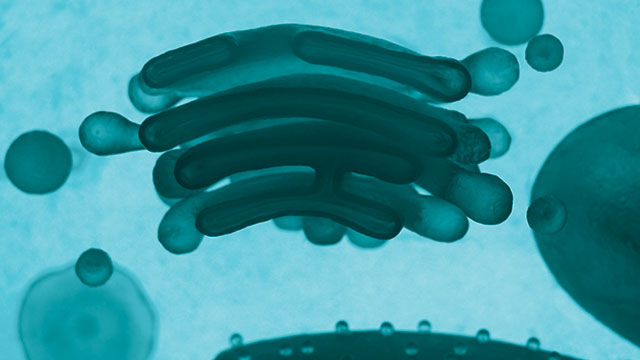 Like putting a message in a bottle and throwing it in the ocean, cells send information through extracellular vesicles (EVs). This category of structures includes exosomes, microvesicles, and apoptotic bodies—which, in many cases, are all labeled as EVs—and scientists are only beginning to understand what they do.

For one thing, scientists know that EVs carry nucleic acids from one cell to another. In 2007, for example, Jan Lötvall, professor of internal medicine at the University of Gothenburg’s Institute of Medicine (Gothenburg, Sweden), and his colleagues showed that EVs carry RNA from one cell to another.1 Now, Lötvall says, “Our goal is to understand extracellular vesicles in general.”

To do that, scientists need methods to isolate EVs and study them, and neither process is easy. Nonetheless, the vast potential for basic and applied research makes it well worth exploring these structures and finding better ways to do it.

As Lötvall says, “Getting them out is not easy.” How difficult the process becomes depends in part on the source of the EVs, such as blood or cell-culture medium. The most popular method is density-gradient centrifugation. Here, mixtures that differ in density separate EVs from other components, such as biomolecules.

Some scientists also use size-exclusion chromatography, such as ultrafiltration, to isolate EVs from a sample. This method is faster than centrifugation and is scalable, according to Archana Gupta, a science and technology communication specialist at System Biosciences (Palo Alto, CA).

Beyond being complicated, “isolating EVs from biological fluids is time-consuming and costly,” says Chantal Boulanger, a team leader at the Parisbased French National Institute of Health and Medical Research. Plus, scientists remain unsure about the results. “One important point is that we have pretty much no idea about the efficiency of these methods and whether or not the isolated population of EVs is fully representative of the original population present in the biological fluid.”

Also, some samples are richer in EVs than others. “Unlike serum and plasma, certain biofluids, such as CSF and urine, are relatively dilute sources of exosomes,” says Gupta. “Depending on the downstream application, higher sample input may be required from these sources for exosome isolation compared with serum.”

Plus, some isolation methods leave more than EVs in the resulting fluid. This can include albumin and IgG, given their abundance in the biofluids, Gupta explains. “Based on the downstream application, such as mass spectrometry for biomarker discovery, it may be important to remove these contaminating factors from the exosome preparation.”

Consequently, scientists would like to see improved methods. “We certainly could use technological improvements to better characterize proteins, lipids, and noncoding RNAs in EVs, in addition to improving the efficiency and the time involvement of the isolation procedure,” Boulanger notes.

Manufacturers are developing new methods. “Polymer-based precipitation reagents are popular for their ease of use in exosome isolation from various biofluids,” Gupta points out. “The yields are significantly higher than ultracentrifugationbased exosome preparations, and the bioactivity of the vesicles is maintained due to centrifugation at lower g-forces compared with the former technique.” For some samples, though, protein aggregates can still get through the process.

Once scientists collect the EVs, the samples can be examined in various ways. One is nanoparticle tracking analysis, which uses dynamic light scattering to provide data on EV concentration and size. “The technology, however, is unable to discriminate between vesicles and other particles of similar physical properties, such as protein aggregates, and often over-estimates the number of exosomes in the sample,” Gupta explains. Adding fluorescence improves the results.

EV samples can also be studied with transmission electron microscopy. This can be used to determine the size and shape of the purified vesicles in a preparation, Gupta says. “However, due to the lack of protocol standardization, the reproducibility of the technique across various laboratories is often poor.” Another useful method is flow cytometry, which can be used to count and characterize the size of EVs.

“If you look at body fluids, you can see many types of vesicles with multiple morphologies,” says Lötvall. The question is: Do the different EVs come from different cells or can one kind of cell make different types of EVs?

To find out, Lötvall and his colleagues started with a culture of a kind of white blood cells called human mast cells and isolated the EVs.2 Even from one kind of cell, the scientists found a variety of EV morphologies.

This shows that EVs come in a complicated collection of types. But it doesn’t explain what EVs do. “We see them as conveyors of communication between cells,” Lötvall says. “EVs can send RNA and proteins that can induce cell signaling in the recipient cell.”

Understanding how that works will take more research. In some ways, EVs do resemble a message in a bottle, because EVs do not migrate or have any mechanism for active transport. “It’s more of passive diffusion,” Lötvall explains. Maybe one day, though, researchers will find that some process influences where EVs end up. Or maybe it really is just a vessel moving where its environment takes it. Better techniques for isolating and analyzing EVs could help scientists answer these questions.

For additional resources on particle characterization, including useful articles and a list of manufacturers, visit www.labmanager.com/particle-sizing