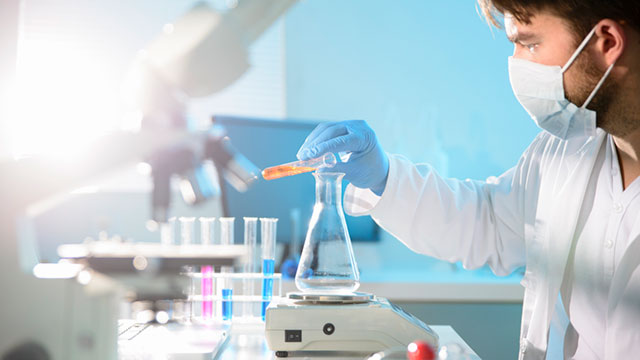 Many scientific steps depend on accurately weighing a sample. How accurate a weight needs to be depends on many factors, including the application and even the amount of sample being used. When the accuracy really matters, even airflow can confound a measurement.

“Draft and vibration have the most significant effects on weighing quality,” says Ian Ciesniewski, technical director for laboratory weighing technologies at METTLER TOLEDO (Columbus, OH). “The consequence of airflow is a deterioration in repeatability, which is the largest contributing component of measurement uncertainty—weighing error—in any laboratory weighing system.”

Other features of a balance also come into play where airflow is concerned. “The influence of airflow depends on the readability of the balance,” says Thomas Pertsch, senior product manager for premium lab balances at Sartorius (Goettingen, Germany). For a balance that can weigh 5–50 grams with a readability of 1 microgram, a draft can significantly influence the result.

A balance must be placed in the right location. As Pertsch explains, that “means away from open windows and doors, and even away from people rushing by the balance.” Also, balances should be placed on a heavy table, such as one with a stone top.

In most cases, a shield can keep airflow away from a sample, but not just any shield will do. Placing the shield in the path of an airflow can cool it, and that may influence the accuracy of weighing. For a balance that measures in increments of less than 0.1 milligram, the shield must be small enough to not be cooled by airflow, but large enough to block it.

Even a draft shield is not enough, especially for an analytical balance or a microbalance. “When the draft shield door is open—for example, when weighing-in a sample or placing a tare vessel or weigh boat or paper—the external air ingresses and can cause turbulence in the weigh chamber,” Ciesniewski explains. Repeatability may suffer as a result.

Even with a great draft shield, a bad location will impact the results. “If there is a significant airflow in the weighing area, even a balance with a draft shield may be affected by the flow of air unsettling the body of the balance or draft shield, causing a vibration through the chassis of the balance,” Ciesniewski says.

If a balance is used inside a hood, the need for blocking drafts can increase because of the higher air velocity. In these situations, it can be difficult to weigh even increments of 10 milligrams without some special method of handling airflow, says Pertsch.

Price makes a difference in the accuracy of a balance. “Buy the best balance that you can acquire,” says Ciesniewski. “High-end balances have better electronic filtering capabilities, and a more stable weight sensor, allowing the user to minimize the effects of the environment on the weighing result.”

A great balance gets a scientist partway to good results, but the wrong environment can foul up the accuracy of even the world’s best balance. In some cases, a little loss of accuracy in weighing doesn’t matter that much. For instance, Laura Anderson, instructor and general chemistry lab coordinator at the University of South Florida in Tampa, says, “In the general chemistry labs, we don’t have analytical balances, and with the normal balances we basically disregard the milligram difference that any airflow can cause.” She adds, “Most of our labs are descriptive—qualitative rather than quantitative.”

So, the level of air protection needed in weighing depends largely on the accuracy required. When the highest accuracy is needed, a balance must be in a suitable location with air flow managed as much as possible.

For additional resources on balances, including useful articles and a list of manufacturers, visit www.labmanager.com/balances.

Clean Your Balance in 8 Easy Steps

Clean Your Balance in 8 Easy Steps

Precision and Capacity in Laboratory Balances

Precision and Capacity in Laboratory Balances