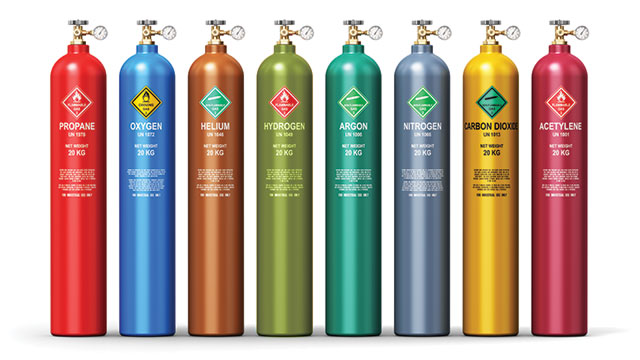 Gas chromatographers who have been around for a few years remember the great helium shortage of 2012–2013. Kinks in the supply of that noblest of carrier gases caused price spikes, and many end users had trouble getting their hands on cylinders. Scarcity scares still arise occasionally, but, to paraphrase Mark Twain, rumors of helium’s demise are grossly exaggerated.

Still, the great helium scare had two significant and related, if unintended, effects: The price of helium remains high, and that caused chromatographers to look into alternative carrier gases, says Ed Connor of Peak Scientific (Inchinnan, UK). “A lot of work went into looking into alternatives such as nitrogen and hydrogen, particularly for regulated methods.”

Thus, once again, necessity is the mother of invention—and perhaps of renewed interest in laboratory-scale gas generators.

Substituting one carrier gas for another is far from straightforward. Hydrogen is a “fast gas” that, for a given temperature and pressure, flows about twice as fast through gas chromatography (GC) columns as helium. And while gases become more viscous on heating, hydrogen’s tendency to do so is significantly less than is helium’s. This benefit is greater for heated GC runs. “Hydrogen thus offers faster analysis and more-rapid throughput than either helium or the next most common alternative, nitrogen,” Connor adds.

The linear velocities of hydrogen and helium through capillary GC columns can be made quite similar by judicious application of column heating. Restek has demonstrated similar resolutions with hydrogen, helium, and nitrogen for separating a panel of pesticides. But performance comes at a cost, with total retention times of 13, 19, and 49 minutes, respectively, for the panel, leading one commentator to question whether any lab manager would trade such a time penalty for nitrogen’s advantages of nonflammability and low cost.

Furthermore, nitrogen as a carrier is less versatile than helium or hydrogen, or even the more esoteric gas blends incorporating argon and methane. Nitrogen is unsuited to mass detection, and its physical/mechanical properties provide merely adequate resolution, even when columns are selected specifically for that carrier gas. Still, nitrogen enjoys a significant following, as outlined in a presentation from Agilent.

The question, then, is how to source potential alternatives to helium. While gas cylinders remain the norm, labs should, depending on their workflows and throughputs, consider a lab-scale gas generator. The decision matrices for lab-generated nitrogen and hydrogen differ somewhat, although both eliminate the issue of dealing with heavy, rented tanks.

“Customers often shift to generators for nitrogen because they find themselves changing tanks too often for their taste,” Connor explains. “While this is infrequently an issue for GC, which uses low gas volumes, generators provide a more consistent carrier gas than you’d find in tanks.”

Consistency results from the regenerative purification method, which removes oxygen from ambient air and uses a catalyst chamber to eliminate ambient hydrocarbons.

“Chromatographers are already familiar with hydrogen used in flametype detectors, so they know what they’re dealing with. On-demand generation also mitigates the potential fire and explosion risks of large stores of hydrogen because the quantities generated at any time are low. A 50-liter gas cylinder holds the equivalent of 9,000 liters of gas,” Connor says. “Plus, some jurisdictions regulate gas tanks, particularly those holding large volumes of hydrogen.”

Peak Scientific has no particular skin in this game. Its Precision line of stackable gas generators produce hydrogen, nitrogen, and zero air on demand, thus serving instrument gas needs for most laboratories.

Anyone searching for lab-scale gas generators will be swamped with promises of return on investment (ROI). The bottom line: Recouping investment costs depends on several factors, among them throughput and type of gas. “Switching from a hydrogen cylinder to a generator will not necessarily provide rapid ROI based on the volumes of gas consumed,” Connor admits. “Purchasers should consider the hidden costs as well, including insurance benefits of going tankless and, above all, safety. You’re buying safety when you buy a generator.”