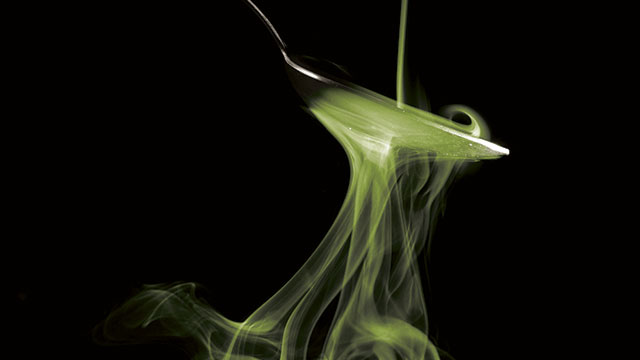 Where does your lab get its nitrogen? For decades, most groups had nitrogen cylinders trucked in, sometimes from great distances. The gas in those cylinders was most likely generated using fractional distillation of air, a large-scale, energy-hogging industrial process that is unsuited for labs or even large institutions.

A 2010 study by the European Industrial Gases Association estimates that producing nitrogen through a lab generator uses 30 percent less electricity per volume at 99.9 percent purity than does a fractional distillation plant. For 98 percent pure nitrogen, the energy savings top 70 percent.

Which is why, faced with rising delivery and rental costs and the inconvenience of relying on tanks, many labs today generate their own nitrogen through either membrane-based systems or selfcontained pressure swing adsorption (PSA) units.

In a white paper on sustainable nitrogen generation, Parker-Hannifin (Cleveland, OH) adds to those energy savings figures the cost of delivering gas cylinders, which for far-flung laboratories can be substantial.

Parker also notes that nitrogen generators allow users to dial in the precise oxygen level they require. Setting oxygen levels precisely is particularly critical for controlled environment enclosures such as glove boxes or desiccators. Terra Universal (Fullerton, CA), for example, which is better known for glove boxes, laminar flow hoods, and biosafety cabinets, sells several models of nitrogen generators based on membrane technology. The company notes that maintenance is reduced because membrane-based generators have no moving parts.

Membrane-based generators separate compressed air through semipermeable, hollow-fiber membranes. Nitrogen passes through the membrane, while the oxygen and carbon dioxide are vented. It is possible to increase the purity of membrane-generated nitrogen from 95 percent to 99.5 percent by decreasing airflow into the system and raising the temperature.

PSA uses a combination of high- and low-pressure cycling and oxygen-absorbing molecular sieves to enrich nitrogen in air from a concentration of 78 percent to as high as 99.9999 percent. In addition to use in laboratories, PSA is suitable for providing house nitrogen to plants and large facilities.

Selection of a laboratory nitrogen generation system comes down to purity and quantity of gas required, says Patrick McCloskey, sales manager at Compressed Gas Technologies (Troy, MI). “Lab managers should work backward from every application in the lab that requires nitrogen in order to determine the lab’s needs.” Both membrane and PSA systems can deliver high volumes of nitrogen at comparable operating costs and maintenance levels, but they differ in product purity.

McCloskey advises labs requiring 99.5 percent or higher purity to go for PSA. Those that can get by on lower-purity nitrogen should consider membrane-based generators. “Labs with both requirements will rarely install both types of systems,” he adds. “They’ll usually use the higher-purity PSA system exclusively.” Thus lab managers generally prefer PSA.

Most laboratory instruments perform more reliably with high-purity gases, and nitrogen is no exception. Although mass spectrometers are not particularly fussy with respect to nitrogen purity, their front-end separation systems, gas and liquid chromatographs, do require high-purity gases, as do many other instruments. It’s also prudent to specify high-purity nitrogen for oxygen-sensitive chemical and biological processes.

Operating costs for PSA are higher per volume of nitrogen generated than for membrane units. Some membrane systems, for example, run on house air pressure and do not use electricity for gas generation. The difference in energy consumption relates to the difficulty of removing oxygen down to levels of a tiny fraction of 1 percent.

“The higher the purity, the more it costs,” McCloskey says.

Generator maintenance is fairly straightforward, within the capabilities of most lab technicians as long as the lab has compressed house air. If not, labs need to add an integral air compressor, which complicates upkeep. “Those labs will typically get a service contract,” McCloskey says.

Which Gas Supply Options are Best For Your Lab?

Based on our most recent survey results, nitrogen gas generators are the second most common type in our reader’s labs. Here are some questions you may want to ask when deciding which gas generator or specialty gas is right for your lab.

For additional resources on Laboratory Nitrogen Generators, including useful articles and a list of manufacturers, visit LabManager.com/gas-generators

Some Eukaryotes Thriving With Climate Change

Some Eukaryotes Thriving With Climate Change