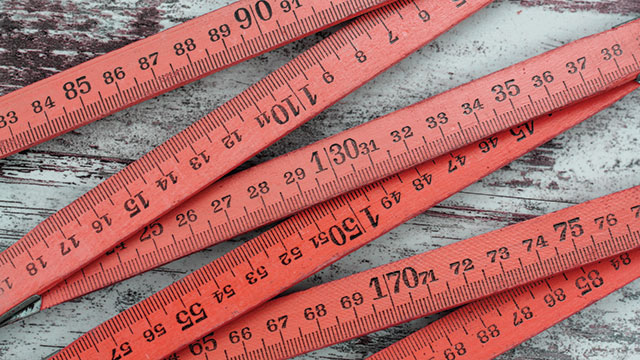 “Meters that combine several measurements into one system—such as multimeters capable of measuring pH, ion concentration, conductivity, and dissolved oxygen—are typically used by scientists to measure several critical parameters simultaneously in their samples,” says Ricki Hartwell, product line manager at Thermo Fisher Scientific (Chelmsford, MA). The options of instruments, though, surpass the possible parameters, because this is a diverse market.

Quality control and assurance labs, such as those in the food and beverage industry, and regulatory testing labs often measure pH, conductivity, ammonia, calcium, chloride, and sodium.

In research labs—from academic institutions to R&D in biotech and pharma—scientists often use multimeters to measure pH, ORP, conductivity, and resistance, says Hartwell.

This breadth of parameters to measure and the variety of possible applications means that picking the right meter for a specific lab or use requires some research.

Different vendors develop multimeters in various ways. For instance, “Mettler-Toledo (Greifensee, Switzerland) has a dual-channel—pH and conductivity—SevenCompact meter and a modular multi-parameter SevenExcellence meter,” says Angela Stütz, the company’s product manager in the SBU pH lab. “For SevenExcellence, you can measure up to three parameters in parallel that can be freely chosen due to its modularity: pH, conductivity, redox potential, ion concentration, and dissolved oxygen.” In addition, scientists can now add Mettler-Toledo’s InMotion sample changer to the SevenExcellence to automate calibrations and measurements. As Stütz points out, many researchers look for this combination of automation and measuring multiple parameters with a single instrument.

When asked about the benefit to a lab of buying one of these instruments, Stütz says there is “increased efficiency if you measure several parameters in parallel or even use an autosampler.”

The modularity also adds flexibility to these platforms. As Stütz explains, a modular instrument can be an “investment in the future in case requirements change, especially if you use a modular meter that can be adapted with more or different modules anytime.”

Thermo Fisher Scientific also offers a modular option. “For customers who are looking for a meter with all the best functions and features, I would recommend a Thermo Scientific Orion Versa Star Pro meter,” says Hartwell. “The Orion Versa Star Pro meters offer interchangeable measurement modules that can be used to customize the meter’s four channels to meet each lab’s specific measurement requirements, now and in the future.”

This platform can be customized in various ways: four pH channels; two pH and two conductivity channels; or one pH, one ion concentration, one conductivity, and one dissolved oxygen channel. “Any combination of multiple measurements that the scientist needs is obtainable with the interchangeable measurement modules,” Hartwell says. “The meter’s large, color display offers adjustable text sizes that allow scientists to easily view their measurements and onscreen instructions to eliminate the guesswork of meter calibration and setup procedures.” This multimeter also includes a numeric keypad that facilitates quick and simple data entry and meter customization.

As Hartwell says, “Taking four separate readings on four separate instruments—essentially having to do the same task four separate times—versus taking four readings at one time on one instrument, can potentially quadruple the amount of time the task takes compared with using a single multimeter.” Like other modular platforms, scientists can optimize the Orion Versa Star Pro meters as needed. “So if they only need to measure pH now but determine that they need to measure conductivity after purchasing the meter,” Hartwell explains, “they only have to buy an additional conductivity module instead of a whole new meter.”

When it comes to using a multimeter versus a variety of instruments, the learning curve is easier. As Hartwell says, multimeters “add the convenience of learning and operating one system to collect a variety of readings, which is great for multiuser labs.”

In some experimental situations, making the work easier means getting the instrument into the field. For that, scientists can use portable multimeters. For instance, Metrohm (Herisau, Switzerland) makes the 914 pH/Conductometer. It can simultaneously measure various combinations, such as two pH readings, a pH and conductivity measurement, or ORP and conductivity. This meter is battery charged and resistant to water and dust. It can also store 10,000 data sets. Even in the portable market, scientists can choose from various options. As another example, HORIBA (Kyoto, Japan) makes the Portable pH/ORP/Conductivity/Resistivity/Salinity/ TDS meter D-74, which can also run off of batteries— providing about 200 hours of use.

That’s just the start of the portable options, which also include Thermo Fisher Scientific’s Orion Star A329 pH/ ISE/Conductivity/DO Waterproof Portable Meter, Mettler- Toledo’s SevenGo Duo line, Hanna Instruments’ (Woonsocket, RI) HI98121, and others. And many labs opt for more than one kind of meter. The equipment list from the Department of Geosciences at the University of Mississippi, for instance, includes Oakton (Vernon Hills, IL) and Hanna meters with various probes.

As you can see, this market offers many options, and this article considers only a few of them. The best choice depends on what you need and where you plan to use it. Durability and portability might also matter, as will the range of possible measurements and how many can be made at once. Rather than struggling to find the space, scientists must now make time to find the platform that makes the best fit with their research.

For additional resources on pH meters, including useful articles and a list of manufacturers visit www.labmanager.com/ph-meters

Treat Your Sample with Precision from Ohaus

Treat Your Sample with Precision from Ohaus

How to Measure the pH of Agar Plates

How to Measure the pH of Agar Plates