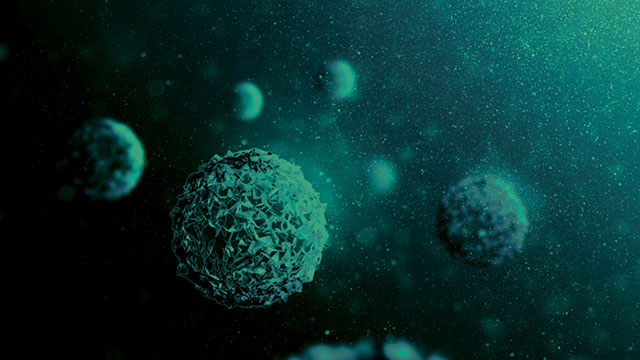 Since cells are the smallest indivisible units of life, single cells are the smallest platform through which we can study living things. Most cellular responses are measured in aggregate, as the average response of a large number of cells to a stimulus; single-cell analysis examines the mechanisms and pathways responsible for that response.

The value of single-cell analysis products and services exceeds $1.5 billion annually and is expected to surpass $3.5 billion by 2022.

Working with single cells raises immediate concerns about analyte quantities and concentrations. Although standard analytical methods are routinely applied to single-cell analysis, they require tweaking. Flow cytometry has been the go-to method of single-cell analysis, but competition is heating up from next generation sequencing, polymerase chain reaction, microscopy, spectrometry, fluorescence,
and automated capillary electrophoresis (CE).

CE, in particular capillary zone electrophoresis, is well-suited to profiling metabolites in very small samples due to its nanoliter sample requirements. Moreover, CE separations are complementary to chromatographic-based analysis.

“Next to CE, nano-LC and capillary LC are also very strong techniques for profiling compounds in single cells,” Ramautar tells Lab Manager. “Direct injection electrospray ionization mass spectrometry has also been used for single-cell analysis. However, ion suppression may be an issue, and often no information can be provided on isobaric and isomeric compounds by this approach.”

Sensitivity becomes the major challenge when analyzing endogenous metabolites in a single cell, particularly considering the wide range of metabolite molecular classes and concentration dynamic ranges from picomolar to millimolar—all in a volume of one nanoliter or less.
“Metabolic profiling of millions of cells, while easier, is unsuited for obtaining insight into biochemical processes at the microscale and single-cell level,” Ramautar adds.

CE-MS is no exception to the general rule that analytic methods must be adapted to the special needs of single-cell analysis.

In conventional CE-MS, a coaxial sheath-liquid interface couples CE to MS. In this configuration, electrospray ionization (ESI) operation is confined by the sheath-liquid flow rate, typically between two and 10 microliters per minute. With conventional CE-MS, using standard ESI-MS conditions, the electrophoreticeffluent ranges between 10 and 100 nanoliters per minute, which is significantly diluted, thus compromising detection sensitivity.

To circumvent this limitation, Ramautar’s group coupled CE to MS via a sheathless, porous tip interface designed to utilize the intrinsically low-flow property of CE.

“With this approach, and by employing nanoliter injection volumes, we obtain low-nanomolar detection limits, suitable for single-cell analysis, for a wide range of acidic and basic metabolites,” he says. “The remaining challenge is efficient extraction of charged metabolites from a single cell and injecting that volume into the CE-MS system without loss of relevant metabolites.”

One well, one cell

“Bulk analysis gives mean results of a population, which does not correspond to the heterogeneity found in nature. Thus, bulk-cell analysis misses low frequency signals that might actually be significant,” says Dr. Guilhem Tourniaire of Cellenion (Lyon, France). “The main limitations of single-cell analyses are that they typically take longer, cost more, and generate huge data set[s], which must then be interpreted using complex bioinformatics.”

Analysis of single cells requires a means of reliably limiting samples to just one cell. Various dilution
methods have been used for decades, for example, in the generation of monoclonal antibodies from polyclonal cell cultures.

Cellenion’s approach, cellenONE, overcomes these issues. CellenOne is an acoustic dispenser mounted on a high-precision x-y-z linear magnetic stage, coupled with high-resolution optics and associated computing to provide real-time monitoring of cell and particle travel inside the dispenser. Cells emerge in droplets. By monitoring cells’ positions inside the lower portion of the dispenser (using automated image processing), it is possible to know whether a single cell will be present within the next droplet before it is actually formed.

The system works under a “single-cell condition,” whereby droplets containing zero or more than one cell are rejected. “With dilution approaches, the highest percentage of samples containing single cells is 35 percent, meaning that 65 percent of your plate[s] are useless. Thus the need, when developing a monoclonal culture, for multiple cloning steps, each taking several weeks,” Tournaire explains. “CellenOne ensures that all wells contain a single cell the first time, so there is no need to repeat the cloning process.”

Angelo DePalma is a freelance writer living in Newton, New Jersey. You can reach him at angelo@angelodepalma.com.