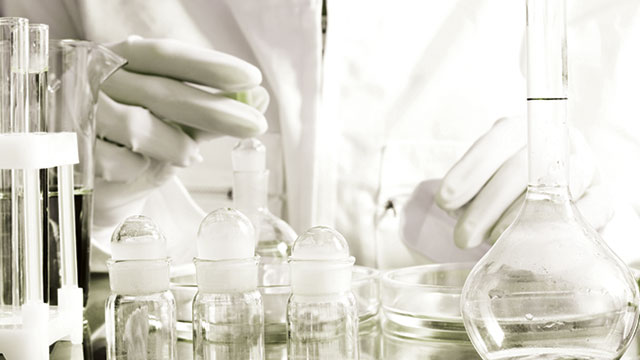 Sometimes, purified water nearby beats a centralized system. As David Wasescha, product manager at Labconco (Kansas City, MO), says, “Nearly every lab needs some kind of water that is of a higher grade than tap water.” To keep water ultrapure, says Wasescha, it can’t be “generated and then stored in a carboy.” He adds, “Ultrapure water is best delivered from an on-demand source.”

If the research analyzes trace organic levels in samples, the required water system should reduce the total organic carbon (TOC) in the water using a UV light and monitor any trace amount of it. As an additional safeguard to ensure the TOC measurement is always accurate, the Thermo Scientific Barnstead GenPure TOC family includes UV intensity monitoring technology, Knepper and Foster explain.

TOC in the product water can be measured in real time by the water system. They add that UV intensity monitoring is designed to identify potential problems with the ultrapure water system’s ability to measure TOC by having one more purity parameter that is being monitored.

“You need to look at filter life,” Wasescha says. “A water purification system might cost $5,000, but then you could spend $2,000 a year on filters.” To get the longest filter life, he says, “make sure that the inlet water is at least of potable quality—ideally softened.” He adds, “Changing pre-filters early and often can also help add years to the lifespan of a reverse osmosis membrane.”

For some scientists, improvements in monitoring the water quality and system status would be a big help. According to Scott Robinson of the Imaging Technology Group at the Beckman Institute for Advanced Science and Technology at the University of Illinois at Urbana-Champaign, his system says that he must replace four individual $400 filters/mixed-bed modules every three months in order to keep producing perfectly pure water. “The modules are set up so that the system can detect when modules have ‘timed out’ and new ones need to be added,” he says. “That is, most of the programming of the system is involved with ascertaining that we are not trying to trick the system by taking a perfectly good module off and then putting it back on again.” In addition, he has to replace a lessexpensive filter at the outlet.

Beyond the expense, Robinson points out that when the system says that the modules need replacing, a conductivity meter’s reading indicates that the system is still making pure water. “So is the meter wrong?” he asks.

He’d like to see this problem solved. “What we would want in future systems is something that works and gives us correct readings,” Robinson says. “We would want to know when we really do need to replace modules.”

The Thermo Scientific Barnstead water systems can be programmed to alert users when the purity drops below acceptable levels. In addition to using the systems’ purity displays, “[they] also monitor the impurities in the water that are critical for the lab’s specific testing,” says Knepper. “This way, the lab can replace the modules only when it is really necessary.” After using modules for a year, though, Knepper says, “good laboratory practice is to replace the modules,” and clean the water system at least annually.

For additional resources on water purification systems, including useful articles and a list of manufacturers, visit www.labmanager.com/labwater