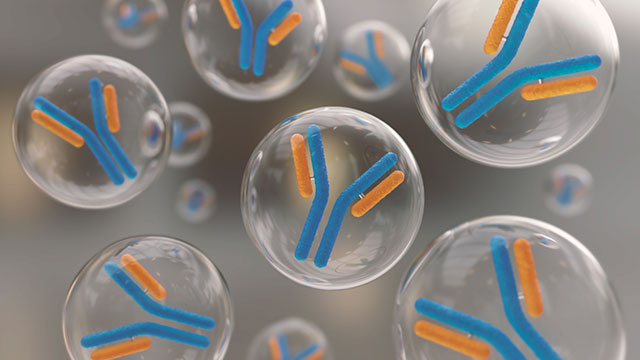 Over the last 30 years, the purification of therapeutic molecules, especially proteins at manufacturing scale, has driven many of the advances in preparative chromatography. This has given rise to resins and columns applicable to process development and, via scale-down and high throughput experiments, process optimization and troubleshooting. These products in turn have facilitated drug discovery and academic research that relied on purifying proteins and peptides from their often-complex matrices.

Whether these applications employ one of the separation modes mentioned above, or specifically ion exchange, depends on the molecule and circumstances. “Ion exchange lends itself well to purification of many classes of therapeutic proteins. It resolves both process-related impurities such as host cell proteins, and product-related impurities such as charge variants, with scalability and under mild conditions,” says Dr. Peter Hagwall, who manages process development and characterization products for GE Healthcare (Uppsala, Sweden). “The emergence of novel antibodies and therapeutic proteins, for example bispecific or trispecific antibodies and antibody fragments, makes ion exchange—including mixed-mode resins—even more attractive.”

Preparative ion exchange also works well for viral vectors, which are essential components for both cell and gene therapies. Here, it resolves capsids that are empty versus those containing the therapeutic gene. Even in instances where the standard HPLC analytical method uses reverse phase separation, ion exchange may be preferable at preparative or even manufacturing scale.

The physical conditions that chromatography resins experience during purification is a key factor in resin selection. Among these, pressure is arguably the most significant. Many purification resins, including ion exchangers, are based on agarose beads. GE has historically relied on agarose as a base resin material, and has further refined this material for the high flows and relatively low pressures required at prep scales. GE’s high-flow agarose products are all named by some variant on the trade name “Capto™,” for example Capto SP/Q ImpRes or Capto S/Q HiRes ion exchange resins. Most of these materials are available both in pre-packed columns and, in some cases, as loose resins.

Higher-flow operation is critical at preparative scales because the shorter the processing time, the less stress the target molecules experience and the more their structural stability is preserved. GE has demonstrated a time saving of approximately half in the elution step for large-scale purification on Capto ImpRes high-flow resin columns, compared with Q Sepharose High Performance resin, a conventional-flow anion exchanger.

According to Hagwall, many researchers still use previous generations of resins, while process developers have mostly adopted high-flow resins. “The productivity improvements of higher flow seem less beneficial in the laboratory than in a production environment,” he says. Yet Hagwell notes “frustration” on the part of process developers who must redesign purification trains when incorporating high-flow resins at large scale.

At laboratory scale, pre-packed columns are often viewed as an extravagance, as nearly every manufacturer who offers such columns also offers loose resins at lower cost per resin volume. “However, more and more scientists, even academics, are taking advantage of the consistency and robustness afforded by prepacked columns,” Hagwall adds. Vendors typically offer a variety of prepacked options, from off-the-shelf prepacked columns without packing qualification data to custom-packed columns including certificates of analysis for the most important resin and column characteristics. “These columns come with full documentation, which is essential for GMP or GLP work.”

As shown in Figure 1, the choice of chromatographic purification mode depends on the target molecule’s polarity and charge. Ion exchange works best for charged or highly ionic compounds, including proteins, peptides, and oligonucleotides. That assumes all other factors are equal, which they frequently are not. Immunoglobulin G-based monoclonal antibodies, for example, may be purified by cation exchange. However, these molecules have very high affinity for protein A, which is almost always used to capture antibodies at scales ranging from milligrams to multiple kilograms. Similarly, IMAC is often the method of choice for preparing “research” quantities of proteins that carry or have been labeled with polyhistidine residues.

“There may also be other charged species in the mix, for example proteins, that we would not want to trap,” says Stacy Tremintin, product manager for chromatography columns and consumables at Thermo Fisher Scientific (Sunnyvale, CA). “So we exploit the affinity to protein A or IMAC. Affinity provides a cleaner fraction because of the specificity of the ligand-protein interaction.”

One preparative ion exchange option available to newer, diverse classes of therapeutic protein is mixed-mode ion exchange. Mixed-mode resins employ ion exchange with an orthogonal separation mode, for example a hydrophobic interaction, on a single resin bead. Mixed-mode resins work especially well for ionic proteins that are either not sufficiently retained or resolved by reverse phase resins. “Mixed-mode resins are uncommon in academic labs and drug discovery but the closer you get to process scale, the more you see them,” Hagwall says. “But that is beginning to change. Mixed-mode resins are more expensive than conventional ion exchangers and more difficult to work with. They require substantially more development work than a company or lab that has used conventional resins may be used to. But for the large and growing base of investigators involved with non-traditional proteins, they offer an interesting option.”

Mixed-mode preparative chromatography was all the rage about 15 years ago, but has now settled into niche applications, usually ones that require some finesse.

For additional resources on ion chromatography , including useful articles and a list of manufacturers, visit www.labmanager.com/ion-chromatography