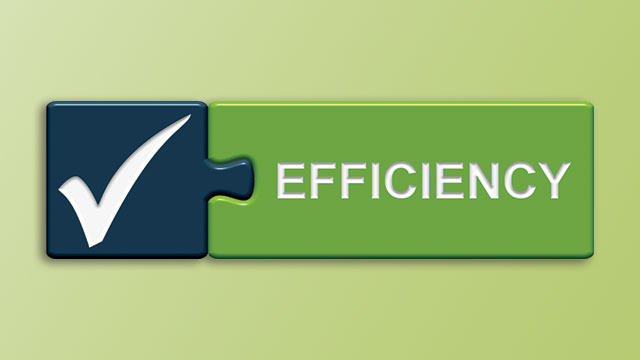 Although we shop for efficient appliances at home, do we seek energy-saving lab equipment, such as ovens? According to Mark Hohlstein, director of lab supplies at Grainger, a distributor of maintenance, repair, and operating products in Lake Forest, Illinois, “Customers are increasingly concerned about the efficiency of their lab equipment.” He adds, “Most labs are thinking about the energy efficiency of constant-temperature equipment, and how its efficiency is affected over the equipment’s life.”

The interest in an energy-efficient lab oven, though, might depend on the circumstances. According to Mary Babitz, CEO of Cascade Tek (Hillsboro, OR), “We get asked about the energy efficiency of lab ovens from time to time, usually when people are establishing a new lab or opening a new facility.”

Conversely, Iain Thompson, director at UK-based JIM Engineering, says that his customers never mention the energy efficiency of a lab oven. Instead, the scientists focus on the oven doing its job, so that they can do their research. Nonetheless, says Thompson, “We’re always looking at ways of making something better, and we’d rather go with something that is more efficient, as long as it doesn’t impact performance.” He adds, “There are things that we pay attention to that improve efficiency.”

To make an energy-efficient lab oven, manufacturers focus on several features. “The main feature for energy efficiency is good-quality insulation in an oven’s walls,” says Thompson, “and we use double door seals; sometimes we even use triple door seals.” The door hinges and latches also make a difference, improving the seal against temperature loss.

In addition, the electronics make a difference. For instance, a sophisticated controller can ensure that an oven turns off when it reaches the desired temperature, so that it doesn’t use more energy than necessary. As Thompson says, “A good-quality digital controller gets an oven to the required temperature without any overshoot.” He also points out that low-wattage circulation fans make an oven more efficient, but the fans must be “powerful enough to do the job.”

Getting all of that in place takes a team. Hohlstein says, “Our key supplier, SHEL LAB, has 27 R&D engineers and seven large in-house labs where all constanttemperature products are tested, certified, and closely evaluated.”

The results of a more efficient oven depend on how it gets used. For example, the desired temperature can impact the energy efficiency, because higher levels require more power to reach the desired temperature. As Babitz explains, “One decision you have to make is: Do I leave the oven on or pull juice to reheat it every time I need it?” If the oven gets used throughout the day, it might make more energy sense to leave it on, instead of turning it on and off, which pulls more current.

Likewise, if an oven radiates lots of heat into a lab, the facility’s overall energy efficiency might improve by running the oven at night or during off-peak kilowatt hours, if possible. As Babitz concludes, “The user can make a big difference.”

Getting the most efficient energy use from an oven comes from a combination of technology and know-how. Energy-efficient construction and high-tech electronics plus using the device thoughtfully will provide the heating needed for the least energy. Keep in mind, though, that even an existing oven can use less energy if the lab manager controls how it gets used. When the time comes to update an oven, however, make sure to at least ask about its energy efficiency.

For additional resources on lab ovens, including useful articles and a list of manufacturers, visit www.labmanager.com/ovens

How to Safely Work with Chemicals in a Laboratory Oven

How to Safely Work with Chemicals in a Laboratory Oven

5 Good Reasons for a Memmert

5 Good Reasons for a Memmert