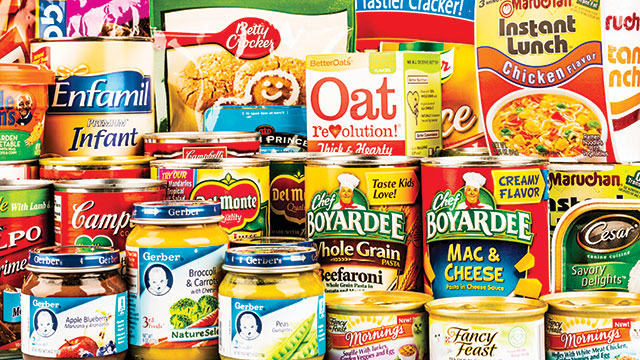 Gas chromatography (GC) headspace analysis is a technique for analyzing volatile compounds, usually within complex matrices like plastics, various waters, pharmaceuticals, or paints. Compendial headspace methods employ standard GC detection modes, which increasingly mean mass spectrometry. The main advantage of headspace analysis over standard GC methods is the ability to sample only volatile analytes without concern for other matrix components. The downside is the need to establish and validate the correlation between headspace gas phase concentrations and those within the matrix.

The potential risks of food packaging materials make the evening news every few years but occupy food producers 24/7. Note recent and current concerns over bisphenol A, a component of polycarbonate drinks packaging that some believe may mimic or disrupt normal hormone activity in humans. Thermo Fisher Scientific (Milan, Italy) has published several application notes on headspace analysis, including one on automated quantitation of volatile organic compounds in food packaging (https://goo.gl/CkTZ3Y).

One standard method, static headspace extraction, involves a sample equilibration step at a constant temperature within a closed vial, which promotes the equilibrium-driven migration of volatile analytes from the solid (or liquid) sample matrix into the gaseous phase. “The higher the temperature, the higher the concentration of the volatile compounds in the gas phase at equilibrium,” notes Daniela Cavagnino, GC marketing manager at Thermo Fisher Scientific. An aliquot of the vial headspace is transferred into the GC for separation and detection.

Headspace sampling from solid samples (all packaging materials) can be problematic, however. “Preparing a suitable external calibration standard for quantitative analysis can be difficult due to the inability to reproduce accurately the solid matrix and to incorporate the matrix’s effect on analyte partitioning,” Cavagnino says.

The second approach, internal standard addition calibration, involves the addition of a known quantity of analyte to allow creation of a standard calibration curve. “Both techniques achieve successive injections from the same sample, followed by linear extrapolation to the original analyte concentration, without the need for external standards,” Cavagnino says. The extrapolated analyte value is typically expressed as milligrams per square meter of package material.

extraction (during which volatile analytes may be lost). A PerkinElmer application note on headspace analysis of beer illustrates the point. The tens of thousands of commercial, microbrew, and homemade beers consumed worldwide have—as aficionados will tell you—their own unique taste, which producers recognize as the sum contribution of dozens of low-concentration attributes and defects. “HS-GC-MS offers an objective means of analyzing beer,” says Lee Marotta, GC-MS senior field application scientist at PerkinElmer.

Related Article: How to Choose the Right Gas Chromatography System for Your Lab

Defects in beer include vicinal diketones, including 2,3-butanedione (diacetyl) and 2,3-pentanedione, which are major contributors to taste, depending on their concentration and the beer’s particular style. But when these compounds exceed certain concentrations, they become undesirable. Acetaldehyde is a by-product of spoilage that drinkers can taste; typical concentrations range up to 20 parts per million. Trihalomethanes are potentially harmful by-products of municipal water disinfection. Finally, sulfur compounds (primarily dimethyl sulfide, sulfur dioxide, and hydrogen sulfide) are natural fermentation products that strongly influence taste.

Headspace GC-MS can be used preemptively to screen raw materials for chemical composition attributes that contribute to taste in the final product. It is also employed to determine when brewing is complete and to ensure that concentrations of “defect” components are not exceeded.

“Human sensory thresholds for some flavors are in the parts-per-billion range,” Marotta says. “The analytical technique used needs to meet this aggressive human threshold.”

It is sometimes possible to enrich targets of interest in samples in target analytes, while greatly reducing interfering species. Marotta mentions a case where a manufacturer wanted to reduce the toluene content of nail polish. Analysis was difficult because the toluene signal was masked by acetates in the polish. Simple water addition resolved the problem, as acetates dissolve in water, suppressing their concentration in the headspace, but toluene doesn’t. “As long as species have different solubilities, you can concentrate what you want and negate what you don’t want,” Marotta says.

Headspace analysis is common with environmental samples, both for analysis of specific analytes of concern or “fishing expeditions” that often precede large environmental remediations.

“Environmental testing labs will typically follow standard methods [for known analytes], where the method specifies requirements for analytes of interest,” says Cassie Eisele, product manager at Agilent Technologies. “As a technique, though, headspace is very well suited for running unknown samples. Compared with purge/trap techniques, headspace analysis has the advantage of transferring less water to the GC and does not create issues associated with foaming samples.”

Less water means lower maintenance requirements for GC and MS instrumentation—for example, replacing the column or cleaning the source. “This is a great time saver. Headspace analysis also involves less complicated hardware and method parameters, so it is easier to implement, with fewer parameters to adjust.”

Bottom line: For environmental testing, headspace analysis enables direct analysis of a wide variety of sample matrices with minimal sample preparation. “This means processing time for samples is kept to a minimum,” Eisele says. “By injecting only the headspace volume, as opposed to the sample matrix itself, GC and MS maintenance is reduced and chromatography is greatly simplified.”

For additional resources on gas chromatography, including useful articles and a list of manufacturers, visit www.labmanager.com/GC