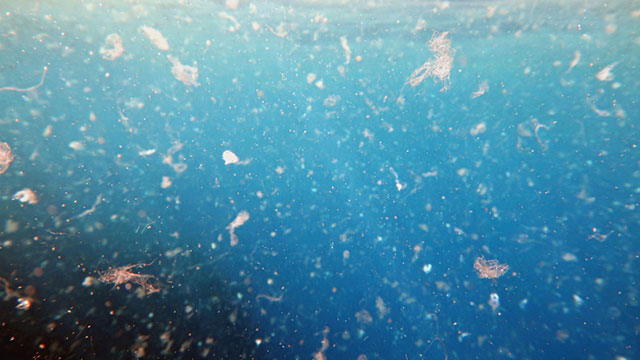 Temperature-driven changes in materials provide insight into questions in basic and applied research. Some platforms even combine temperature-based analytical methods, such as thermogravimetric analysis (TGA) and differential scanning calorimetry (DSC). At the Colorado School of Mines, Michael Sanders, a research assistant professor in the metallurgical and materials engineering department, uses TGA-DSC in his research on ceramics that can be used to, for example, capture solar energy. He says that using simultaneous thermal analysis “offers more useful information than either the DSC or TGA technique does alone.”

In brief, a TGA instrument measures a sample’s mass as it’s heated or cooled; DSC measures how much energy a sample absorbs or releases during heating or cooling. When using them together, the “‘bonus information essentially labels what type of reaction produced a given signal,” Sanders says. “With the singular techniques, there are a number of reactions that give similar signal responses.” As an example, he points out that the decomposition or burning of a sample generates the same signal from TGA, even though the processes are endothermic and exothermic, respectively, which DSC readily distinguishes. “And while it is certainly possible to run the techniques in parallel or sequentially and obtain the same information,” Sanders says, “you save time by running both simultaneously.”

So many research questions involve how a sample responds to heat that TGA-DSC is suitable for a wide range of applications, such as environmental science and material decomposition, among others.

On the environmental front, one of today’s most discussed problems is pollution from microplastics—pieces that range from five millimeters to microscopic. According to scientists at the Engler-Bunte-Institut (Karlsruhe, Germany), “microplastics are increasingly detected in the environment and the consequences on water resources and ecosystems are not clear to date.”1 This research team used TGA DSC in an attempt to identify the kinds of microplastic in water samples and were only able to distinguish polyethylene (PE) and polypropylene (PP). Results from this study led the authors to conclude that TGA DSC is an effective complementary or alternative method to FTIR for identifying PE and PP in water samples. Although Sanders says that “some of the most common uses are investigating decomposition reactions and adsorption/desorption,” he has used TGA-DSC in a wide variety of applications. For example, he and a colleague recently studied mixtures of lithium-fluoride and metal to find the liquidus and solidus temperatures. “Normally, only DSC would be required, but these are fairly high-temperature experiments, so lithium is volatilized during the melting step,” Sanders explains. “As a result, the TGA signal is necessary to quantify that loss after volatilization in order to accurately know the final composition being measured.”

Using TGA-DSC provides many benefits, but that doesn’t mean that it’s an easy technique. “The largest challenge is the balancing act between the competing requirements of each technique’s optimal sample size,” Sanders notes. “For TGA, more sample is almost always better, especially if you are dealing with small mass changes.” On the other hand, optimal results from DSC usually come from much smaller sample sizes.

To get the most from a TGA-DSC platform, Sanders offers a few suggestions. The first one is that the combination mode is not always needed. “For some applications, especially ones that are on already well understood materials, single-test modes may produce better results,” he says.

On a more technical note, Sanders encourages scientists to think about the heating rates. “While sometimes fast heating rates are necessary to capture some low-energy reactions,” he says, “if mass transport is limiting, you may shift away from equilibrium reactions.”

With a TGA-DSC platform and some experience, many materials can be analyzed to study energy, the environment, and far beyond.

For additional resources on thermal analyzers, including useful articles and a list of manufacturers, visit www.labmanager.com/thermal-analyzers