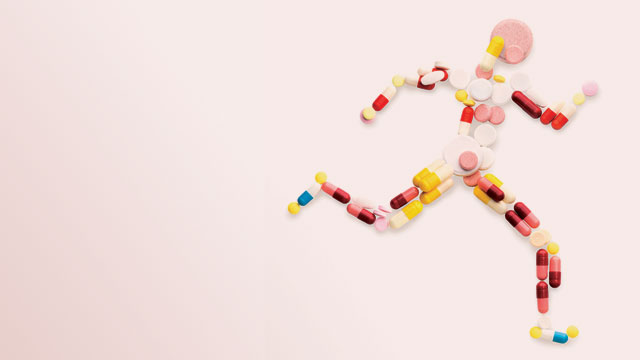 As an example, Martin Vollmer, marketing manager, analytical and preparative LC, at Agilent Technologies (Santa Clara, CA), says, “Peptide mapping and glycan profiling of therapeutic monoclonal antibodies in the past sometimes required methods of 30 or even 45 minutes’ duration.” With UHPLC, he says, it takes only five to ten minutes.

In addition, Cook mentions variant analysis. “That’s often done with salt gradients that can take weeks to months to develop and usually an hour to run,” he says. “With UHPLC, you can develop a new method in about 15 minutes and run the analysis in two minutes.” He adds, “The reproducibility is also better with UHPLC.”

In many cases, biopharma samples include very complex mixtures. For that, Vollmer says, twodimensional LC is the “superior technology to separate all compounds, since it achieves peak capacities, unlike any other separation technology.” He adds, “The technology has become very user friendly with the launch of ready-to-go solutions like the Agilent 1290 Infinity II 2D-LC Solution.”

Several experts mentioned the value of UHPLC in glycan profiling. For example, Jennifer Fournier, product marketing manager at Waters Corporation (Milford, MA), says that glycan analysis is used in biopharma “from the very beginning of discovery, when you are looking to characterize new therapeutics, through manufacturing and quality control.” Despite that wide range of use, Fournier points out that preparing the sample for analysis creates the biggest bottleneck and introduces the most variability into the outcome. To overcome those challenges, Fournier says, “We revamped the method and streamlined and simplified it.” This resulted in Waters’ GlycoWorks RapiFluor-MS N-Glycan Kit.

Without this kit, says Fournier, even newer glycan derivatization protocols took three to five hours to complete. Waters’ new kit, though, runs the process in just 30 minutes. Beyond its being faster and simpler, Fournier also points out that the new derivitization label facilitates superior sensitivity. “There’s also the value that you get by seeing more because of the increased sensitivity,” she says. This enhanced ionization efficiency allows customers, for the first time, to use the Waters ACQUITY QDa Detector to assign a mass to every fluorescent peak generated, boosting confidence in each analysis.

In addition to UHPLC platforms, the columns matter just as much. The introduction of superficially porous particle columns, for example, provided fast and efficient separations at lower pressure compared to totally porous particle columns of similar efficiency. “Those columns are available for any application now—be it peptide mapping, glycan analysis, charge variant analysis, or sizing and aggregation essays,” Vollmer says.

Other experts agree that the column really counts in the results. Cook says, “UHPLC itself is only the system that pumps and detects, and it’s useless without the column technology inside.” He adds, “Getting the right column is dramatically important.” He doesn’t believe that the UHPLC platform and columns must come from the same vendor, but he says that if you can work with a platform vendor that offers “a good collection of columns, you can go to [that vendor] for advice.” Some of Cook’s advice would be to use up-to-date column technology, which he says advances month by month.

In 2014, Anne-Charlotte Dubbelman, a postdoctoral researcher at the Leiden Academic Centre for Drug Research in the Netherlands, and colleagues—some from Janssen R&D in Belgium—published an article in the Journal of Chromatography in which they evaluated commercial UHPLC platforms, especially for drug metabolite profiling. They tested 17 drugs and a range of metabolites on UHPLC platforms using sub-2-micron particle columns. They also examined systems using core-shell columns and columns with porous particles. From these studies, they selected a “combination of solid-core particle column and mobile phase composition” based on “its selectivity, peak capacity, wide applicability and peak shape.” In conclusion, they wrote “[A] widely applicable, selective and fast chromatographic method was developed that can be applied to perform drug metabolite profiling in the timeframe of a quantitative analysis.”

In moving to UHPLC, most biopharma researchers need an easy way to speed up their methods but also maintain the capability to run validated legacy methods on their new equipment without seeing any difference from before. As Vollmer says, “The capability to transfer validated methods from older LC or from multiple instrumentation to a new platform is of utmost importance and can save a lot of effort, time, and money.” Some tools simplify that transition. As Vollmer notes, “Tools like the Agilent ISET—intelligent system emulation technology—can mimic the behavior of almost any older-generation instrument and ensure a seamless transfer of validated legacy methods.”

The key to the best use of UHPLC technology depends on where it will be used and for what specific application. Also, some applications fall into ready-made kits or protocols. On the other hand, UHPLC makes it faster and easier to develop new methods when needed. Consequently, the speed, precision, and reproducibility of UHPLC can be used by biopharma researchers or manufacturers focused on very specific applications or by someone who wants to use this technology to explore new ways to separate mixtures for analysis. With today’s availability of columns for UHPLC, researchers can explore a wide range of approaches, even when working with the same platform.

For additional resources on UHPLC for biopharma workflows, including useful articles and a list of manufacturers, visit www.labmanager.com/UHPLC