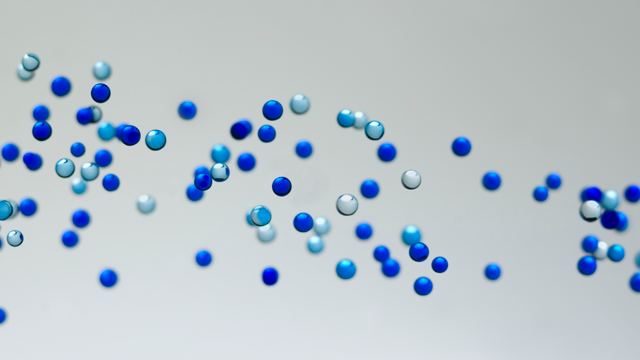 By name, mass spectrometry (MS) reveals its basic purpose, which is analyzing a sample’s mass. More specifically, MS analyzes the mass-to-charge ratio (m/z) of the ions created from a sample. The analytical platforms come in many forms, and one of the most popular is triple quadrupole MS.

Before getting to the benefits of triple-quad MS, let’s briefly review the technology. A quadrupole mass analyzer consists of four rods, which are arranged in parallel to create a more-or-less cylindrical pathway between them. Driven by oscillating electric fields in the rods, this analyzer separates a sample’s ions based on m/z. That’s a single-quad system.

A triple-quad MS includes three parts, but it’s more than a trio of single-quad devices. To build a triplequad system, manufacturers put three quadrupoles in series, and the first and third are mass filters—each working like a single quadrupole. The quadrupole in the middle fragments the samples with a collision gas. This technology can be used to quantify components of a sample or to analyze their structure.

Many analyses call for triple-quad MS, especially where the goal is to quantify sample analytes. Examining the world around us is one example. “Triple-quad MS is easy to use and reveals even trace levels of components in environmental samples,” says Phil Taylor, global marketing manager for food, environment, and forensics at SCIEX, headquartered in Framingham, MA.

Triple-quad comes in handy when samples contain a wide range of compounds. This technology enables detection of both positive and negative ionizing compounds, and that increases the span of components that get analyzed.

Using two stages of mass analysis also improves sensitivity compared to simpler forms of MS, and that feature benefits many applications, especially in food science and manufacturing. “A key facet for food analysis is sensitivity,” says Taylor, “and with triple-quad MS you can see low levels of allergens, pesticide residues, and mycotoxins.” When it comes to foods, analyses must also consider the packaging, which can contaminate a product with unwanted compounds.

In food science, very specific methods are often developed. “Many labs run methods for mycotoxins and pesticides, which are regulated in cereals and grains around the world,” says Mark Roberts, principal product manager for tandem quad MS at Waters in Wilmslow, UK. “Different methods are used for each pesticide and mycotoxin, so reducing the number of extractions and run times is desirable.” Combining liquid chromatography (LC), using electrospray ionization (ESI), and triple-quad MS, scientists at Waters analyzed 143 pesticides and mycotoxins in red corn. By ionizing the samples with UniSpray instead of ESI, the scientists extended the range of multiclass residues with varying polarities in a single injection, says Roberts. This procedure was also applied to samples of wheat and barley.

The speed of today’s triple-quad MS systems has broadened their use. “In forensics,” says Taylor, “you can add ultra-high-performance liquid chromatography— UHPLC—to get a quick turnaround on forensic drug screens.” Despite the added speed, he adds, “Nothing is sacrificed in the data.”

The sensitivity of triple-quad MS makes it useful in cannabis testing. “Pesticide residue testing in cannabis is one of the interesting applications using triple-quad MS, as many countries are legalizing cannabis for medical and recreational use,” says Kaveh Kahen, senior director and general manager of mass spectrometry for PerkinElmer.

Clinical researchers apply triple-quad MS to various samples, including those being tested for steroid hormone levels. The structural similarity of many steroids can interfere with quantification. “Poor analytical method selectivity for these interfering analytes can result in high imprecision and inaccuracy for steroids such as aldosterone and testosterone, particularly at the lower concentrations,” Roberts explains. Using LC with triple-quad MS, however, chromatographically separates isobaric steroids.

The UniSpray ionization method is an option for the Xevo TQ-XS system. It nebulizes the LC eluent, and that spray hits a pin that creates secondary droplets. “The smaller droplets increase the ionization efficiency,” Roberts says.

Other vendors also add features to improve a platform’s results. The SCIEX QTRAP 6500+ LC-MS/MS system, says Taylor, “features a linear ion trap that enhances confirmation and quantification of your results.”

At PerkinElmer, their Hot Source Induced Desolvation (HSID) technology in the QSight platform allows for the introduction of challenging matrices into their LC-MS/ MS system with little sample preparation, Kahen explains. “This feature along with the flow-based technology offers exceptional stability especially with challenging samples.”

If you go shopping for a triple-quad MS system, keep in mind factors beyond price and performance, such as maintenance. In discussing the SCIEX 6500+ QTRAP, Taylor says, “This platform is engineered to cope with dirty matrices, so cleaning it is kept to a minimum.” A system that ionizes a sample efficiently reduces maintenance. Taylor has seen labs run 4,000 injections of complex samples, and the SCIEX 6500+ QTRAP still needed no cleaning and kept producing the same level of signal.

This quick tour of a large technological arena shows that triple-quad MS does more than just measure mass, and many industries benefit from the results.

For additional resources on mass spectrometry, including useful articles and a list of manufacturers, visit www.labmanager.com/mass-spectrometers