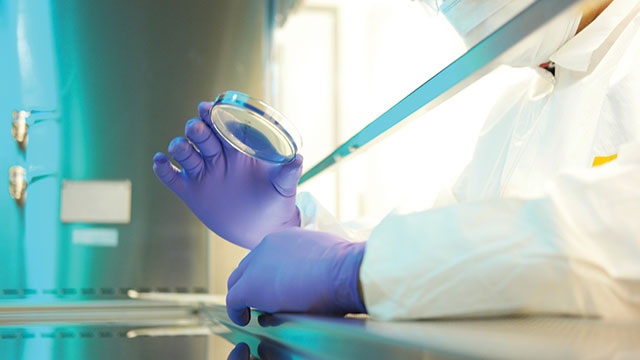 Lab managers must do more than achieve results and maintain efficiency, most importantly, they must also keep personnel safe. The equipment and procedures that keep a lab safe vary based on the processes that scientists perform. Many labs, though, need a Class II biological safety cabinet (BSC).

According to John Peters, marketing director at NuAire (Plymouth, MN), the most common uses of a Class II BSC are tissue and cell culture, plus pharmacy compounding. Consequently, these BSCs end up in many labs—from academics to industry.

This broad market segment includes platforms in many sizes and with various features. When asked about the top features to consider when buying a Class II BSC, Craig Landy, director of communications at Germfree Laboratories (Ormond Beach, FL), starts with “properly balanced airflows and integrity of HEPA filtration systems.”

To get a BSC that will last a long time, the construction also matters. Like with most important pieces of lab equipment, it’s worth looking inside, outside, and underneath a BSC to explore the construction details. Do the attachments look solid? Is the construction neat? Attention to the fine points in design and construction tells a lot about how long a BSC will last.

The top goal of a BSC is user safety. To ensure that a lab’s scientists stay safe, a BSC must meet certain standards. “Laboratories in the market for a BSC should look for models that are certified to the NSF 49 standard, which ensures thorough, rigorous testing that a cabinet will protect users while providing a sterile working environment,” Wasescha notes.

The right fit also matters, and that doesn’t just mean that a Class II BSC “fits” the needs of a lab. “Laboratory work performed in a BSC can take hours, so users should look for models that reduce fatigue,” Wasescha recommends. To minimize fatigue, he suggests a BSC with several features: a curved inlet airfoil, an eye-level display located inside the cabinet, and an angled sash.

Related Article: Top 5 Signs That You Should Service or Replace Your Class II Biological Safety Cabinet

Scientists looking at a new Class II BSC should also consider the location of the safe work zone. “How far does a technician have to reach to work within this zone?” Peters asks. “The further the reach, the more strain put on back, shoulders, neck, and arms.” Adjustability can help get the right height, but one should also look for a BSC with enough legroom to avoid feeling cramped.

Other aspects of a BSC also impact fatigue and performance. A quieter BSC makes for a better working environment. Peters suggests that scientists should ask whether the lighting is adequate for the most efficient handling of materials. If it’s not, the work is less likely to be performed as accurately as it could be, especially over time.

A modern BSC should run in an energy-efficient manner. An electronically commutated motor (ECM) can save energy while enhancing safety compared with other motor technologies. When programmed specifically to a BSC in which it is installed, Wasescha says, “an ECM ensures that a BSC maintains a constant airflow profile to maintain proper airflow velocities.” In terms of mechanics, Landy considers one of the top features a “highly reliable, high-capacity, variable-speed, blower-motor system with low noise levels.”

Class II BSCs make up a family. A Type A2 recirculates air, but it can’t be used with hazardous chemicals. A Type B2, Wasescha explains, “exhausts all of its air through ductwork like a fume hood and can be used with hazardous chemistry.” He believes the Type C1 is the most flexible because it can be switched from recirculating— like an A2—to exhausting—like a B2. “When in exhausted ‘B’ mode, Type C1 BSCs exhaust less conditioned air than Type B2 models while providing equivalent protection from hazardous chemistry,” Wasescha says.

The maintenance of a BSC ranges from easy to more complicated. On the easy end of that spectrum is cleaning, which should be done regularly.

In fact, Landy notes, “Cleaning standard operating procedures are critical and vary by application.” Although scientists think about keeping the inside of a BSC clean, that’s not enough. “Many facilities now recognize the importance of cleaning and disinfection of all surfaces, including the exterior of the BSC,” Landy explains. “Stainless steel construction is resistant to strong cleaning agents.”

The instrumentation on a Class II BSC should allow personnel to easily monitor the flow of the unit. If it’s irregular, an indicator should reveal that.

Between certifications, Peters recommends a routine visual check of airflow status with a minihelic or magnehelic gauge or through visual airflow readout on the control panel. He adds that a lab manager should also make between-certification checks of the lighting and UV light to ensure functionality.

To get the best performance from a Class II BSC, lab managers must consider a collection of options up front and then manage the maintenance as needed. Fitting the device to the scientists and the applications also comes into play. In the end, the safety and comfort of a lab’s personnel matter the most.