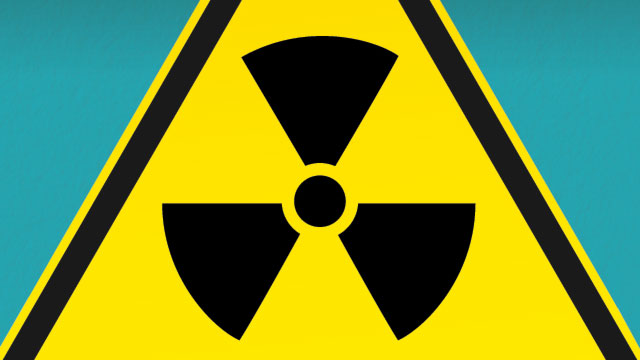 The emergence of fluorescence- and luminescence-based assays has significantly reduced the need for radioisotope labeling in the life sciences. Fluorescence assays are safer and generally less expensive, often come as kits, and are easier to run. Performing multi-labeling experiments with fluorescent tags is easier than with radioisotopes.

Yet rumors of the demise of radiolabeling are very much exaggerated. 32P is still commonly used in northern and southern blotting nucleic acid assays, and 125I and 35S remain widely employed in protein analysis, with radioiodine heavily favored by virtue of its extensive use in clinical radioimmunoassays. According to literature from GE Healthcare, “Signals from 125I and 35S are unaffected by enzyme, metal salts, pH, or temperature, making them very useful for new and uncharacterized systems often used during life science research.”

This leads to the issue of how to handle radioactive materials and processes within the confines of a biosafety cabinet (BSC). Just as the choice of Class I, Class II, and Class III (and their several subtype) biosafety cabinets depends on the need to confer product or personnel protection, or both, the add-on features for protecting operators and the surrounding lab from isotopes is a function of the process and the isotope. Think of the isotope in this regard as a third element or variable in the specification of a BSC. “The amount and kind of protection required depends on the type of radioactive tag and its concentration,” explains Brian Garrett, LEED Green Associate at Labconco (Kansas City, MO).

Some processes that natively do not require the protection of a BSC and that use low levels of low-energy isotopes such as tritium may be more easily carried out on a benchtop (although in this writer’s experience, virtually all isotope work is carried out in a dedicated, preferably enclosed, workspace that might as well be a BSC).

According to Garrett, if a BSC is required, then all isotope or otherwise hazardous work should be conducted in ducted BSCs only. “At this level, a Class A2 with a canopy will not protect you, because it has internal recirculation. Fume hoods and type B and the new type C BSCs employ single-pass airflow in order to dilute and remove contaminants that cannot be trapped by HEPA filters. Radiological contaminants often require single-pass airflow so that the filters trapping the emitters are contained. You might even consider moving to a true fume hood or perhaps a Type B cabinet or one of the newer Type C units.”

Unfortunately, modifications for isotope work are the responsibility of the purchaser, with a little help from “body shops” that retrofit BSCs for every imaginable hazard or specialty application. Users should consult with health physics or plant safety personnel when specifying modifications. Stainless steel may provide sufficient shielding, even for some gamma-emitting isotopes, depending on the quantities used, but third-party vendors can line boxes with lead if necessary.

Simple protective equipment like Plexiglas for shielding the strong beta emitter 32P is available from many suppliers. 32P has a very short half-life, about two weeks, so cleanup, while desirable, is not as critical as it is for the gamma emitter 125I, with a half-life of two months, or 35S, another beta emitter with a three-month half-life. For most experiments, tritium and 14C require no special protection except for a good exhaust system, unless labeled materials are gaseous or easily airborne.

Prevention and cleaning are the keys

No matter how carefully one works within dedicated isotope workspaces, most eventually become chronically “hot.” Disposable pads that are absorbent above and liquid-proof below are a must for work surfaces, and stainless steel surfaces are the easiest to clean. If you work regularly with isotopes, your site safety personnel have probably devised a monitoring protocol based on swiping the insides and outsides of the BSC and perhaps some random surrounding areas as well, and then checking the swipes in a liquid scintillation counter for beta emitters or a suitable gamma detector.

Since the air filter will probably become contaminated as well, Garrett advises changing it with care. “A bag-in-bag-out air filter allows for removing the exhaust filter without exposing nearby workers to isotopes. It’s also possible to change the protective level of a BSC by swapping out the sash.”

But retrofitters should be aware that many modifications will negate the NSF certification. “That’s the reason OEMs don’t do those mods in the first place,” Garrett says. “It would invalidate the certification for safety under NSF/ANSI 49.”

“The first rule is to work with as low a dose as possible, and make sure you have the proper shielding in your work area regardless of whether it’s in a BSC or on a benchtop,” advises Kara Held, PhD, science director at The Baker Company (Sanford, ME). “Always do a dry run first before you unpackage the radioisotope, and make sure the BSC used for radioactive work is appropriately labeled.”

Operators may use Class II A2 BSCs, the most common cabinet found in labs, for trace quantities of low-energy isotopes, but note that these systems use recirculated air. Beyond that, Held recommends Class II B2 BSCs, which are fully exhausted and hard-ducted to the laboratory ventilation system. “This way, you will not be exposing yourself or your process to recirculated isotopes.”

Which raises the point of why not simply use a fume hood? Many labs actually do this. But keep in mind that a BSC offers significantly better protection for the worker and the experiment. “BSCs provide directional airflow through a HEPA filter that flows down onto your experiment, whereas a fume hood only intakes room air and vents it. Fume hoods provide good protection, but your best bet is a Class II B2.”

Held also suggests implementing a directional workflow, working left to right or clean to dirty. Clean work materials would be on the left, work occurs in the center, and waste is kept on the right. “This minimizes the likelihood of cross-contamination and concentrates waste and contamination in one small area.”

Held feels strongly about retrofits. “Always contact the BSC manufacturer before you cut large holes or make any other significant alteration, because those changes can alter the BSC function and level of protection.”

Baker offers some retrofitting to accommodate radioisotope work. “We know these retrofits are safe. But speak to our customer support people before doing anything on your own. It’s critical for your safety and the safety of your product that the cabinet remain within certification after physical changes,” she says.

How to Avoid Making a BSC Buying Mistake

This video guides you through the key questions you should ask before purchasing a BSC. - http://www.labmanager.com/BSC-Video

For additional resources on Biological Safety Cabinets, including useful articles and a list of manufacturers, visit http://www.labmanager.com/biosafety-cabinets