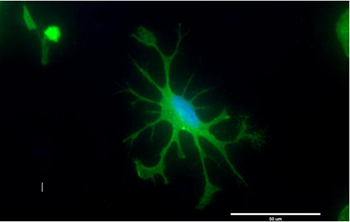 Axol Bioscience, the human cell culture specialist, is launching a new line of Human induced Pluripotent Stem Cells (iPSC)-derived Microglia for the consistent and reproducible study of neuroglia and their involvement in neurodegenerative diseases, including Alzheimer’s disease, multiple sclerosis, and Parkinson’s disease.

Microglia are commonly described as the immune cells of the brain. Human iPSC-derived Microglia offer scientists the opportunity to integrate this clinically important cell type into their in vitro models and assays of neurogenesis and neurodegeneration. Axol generates physiologically relevant Human iPSC-derived Microglia from a single donor with a normal karyotype, providing a homogenous population that is assay-ready in just four days.