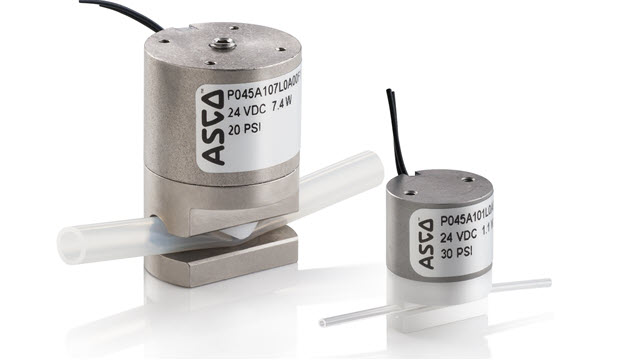 With one of the broadest offerings of fluid-handling and control products for the clinical diagnostic market, Emerson is expanding its ASCO™ Series 045 solenoid pinch valves to include a new 3-way format. Previously, the series included only 2-way normally-closed (NC) and normally-open (NO) options.

The ASCO™ Series 045 2-way and 3-way valves effectively control the flow of aggressive, high-purity fluids in clinical diagnostic technologies and bioinstrumentation, including hematology platforms. Valve design feature hermetic separation of the control mechanism and fluid—preventing particulate contamination and ensuring sample and reagent purity. The series comes in a variety of body sizes, meets all relevant CE directives and is RoHS compliant.