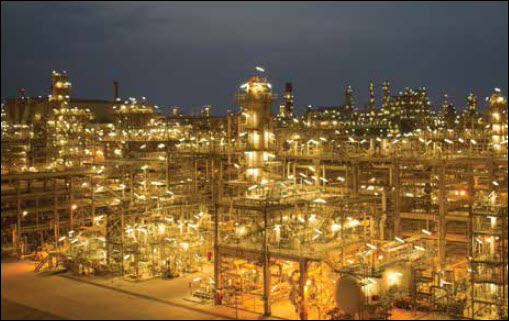 SampleManager LIMS has advanced new tools and user-interface enhancements that improve laboratory process mapping management and automation, allowing users to make logical choices about workflow, instrument integration and data reporting for management metrics or regulatory requirements.The scale and diversity of Pearl GTL makes it an incredibly complex operation. It was clear from the beginning that Pearl GTL would need a highly sophisticated software solution to manage the data coming out of a quality control system that receives a constant stream of 34,000 transmitted measurements. These tests gauge well content, volume, emissions, equipment condition and hundreds of other issues integral to the plant’s operation. In addition to collection and storage, the data also needed to be organized, integrated and analyzed to ensure product quality, plant and customer safety, environmental protection and production efficiency.

Furthermore, Shell and Qatar needed a solution that would ensure that Pearl GTL’s labs remained in compliance with standards such as ISO 17025. The ISO standard sets an international benchmark for running a testing laboratory, laying out qualifications for suppliers, training, record-keeping, equipment calibration and much more.

Given the operation’s intricacy, not just any LIMS solution would do. In addition to organizing sample results, Pearl GTL’s LIMS would need to be fully integrated and communicate with a variety of other systems, including operations management, batch tracking and ERP systems. Without full integration of the LIMS to existing enterprise systems, making a venture the size and scale of Pearl GTL successful would be nearly impossible.

Shell chose Thermo Scientific SampleManager LIMS for its hi-tech testing laboratories, standardizing on the solution across all laboratory equipment and production systems. The LIMS offered unparalleled support for each of the Pearl GTL facility’s stringent requirements, and its implementation helped drive success from the very beginning.

One of Shell’s main reasons for choosing the LIMS was its capability to work with other systems. At Pearl GTL, the LIMS is integrated with an operations management system (known as OTTER), process historian (PI), the oil movement and batch tracking system, laboratory instruments and other production systems.

The way the LIMS integrates with PI is a particular source of efficiency for Shell and Qatar Petroleum at Pearl GTL. Where some labs manually send test results to operations, technologists and process engineers, among other users, at Pearl GTL results become available to all relevant parties within the PI system as soon as they are authorized in SampleManager. 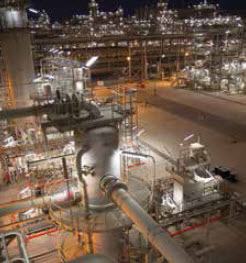 SampleManager’s workflow capabilities simplify implementation, allowing lab managers to easily model their processes in the LIMS. As laboratory needs evolve, workflows can be modified to change with them.Another critical consumer of lab data is Pearl GTL’s oil movement and batch tracking system. The LIMS creates efficiencies by eliminating wait times. When panel operators need to move oil to new tanks in preparation for shipping, for example, they do not have to wait to be notified of test results, minimizing demurrage charges for loading delays that can cost as much as $35,000 per day. Since Pearl GTL opened, the facility has incurred no demurrage charges, an incredible feat for an operation so large.

The LIMS has also enabled a paperless environment that eliminates many human errors inherent in traditional laboratories. Human beings make an average of 3 to 6 mistakes for every 1,000 lab readings transcribed. In a sampling program the size of Pearl GTL’s, this would amount to dozens of errors – if not hundreds – every day. SampleManager solves this problem by integrating with lab instruments that automatically transmit data to the LIMS as soon as final results are produced.

From the Field to the Lab

A LIMS also helps Pearl GTL operators more proficiently collect data from the field for analysis in the lab. Using the OTTER system, all sample points in the field are marked with radio frequency identification tags. When field operators perform sample rounds, a handheld computer guides them to each sample point and then automatically records the required information, whether the sampling task is routine or non-routine.

The LIMS is fully integrated with OTTER, so the data collected in this system are instantly transferred to SampleManager from the field for analysis by managers or technicians back in the lab, saving Pearl GTL an estimated 2,400 hours worked per year.

The LIMS enables Pearl GTL to meet an increasingly crucial requirement of oil and gas laboratories: regulatory compliance. ISO 17025 established an international standard for how sampling labs manage data collection, security, instrumentation, traceability, personnel and more. By collecting complete data records, the LIMS ensures that Pearl GTL is always in compliance with ISO 17025 and other standards. The solution also guarantees that compliance can be easily proven in the case of an audit.

The LIMS also enables Pearl GTL to ensure the ongoing safety of its workforce. Through dedication and assiduous monitoring of safety related data through its LIMS, the facility has earned an impressive safety record: Despite its enormous size, in 2010 the facility hit 77 million hours worked without a single lost-time injury.

Since its launch in 2006, the ambitious Pearl GTL project has operated efficiently, safely and profitably, supported by a proven, dynamic software platform. Managing such a highly refined and ambitious sampling program would have been impossible without a LIMS. The LIMS fully integrated multiple systems within the testing laboratory, including operations management, batch tracking and laboratory instruments, and extended that integration into the field where the LIMS automates data transmission via handheld devices. Today, LIMS remains a lynchpin that enables Pearl GTL to adhere to the highest standards of safety, quality, compliance and profitability

For more information, please visit www.thermoscientific.com/SM11 or email us at marketing.informatics@thermofisher.com