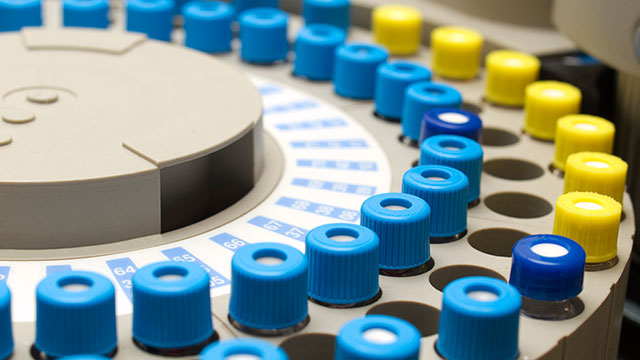 How will the number of different tests required affect the type of GC system being used?

In order to accommodate different tests and sample types, many GC systems are now set up to allow for more than one detector to be used at a time. Many modern systems now allow for a variety of different detectors to be switched in and out interchangeably in minutes, reducing downtime between tests. On top of this, some systems have more than one detector operating at the same time, such as a GC-MS-NMR system.

How does increased sample throughput requirements influence which type of GC system should be used?

Increased sample loads and a need for faster turnaround times have prompted many vendors to begin creating automation and informatics solutions for GC systems. Modern systems are now typically integrated to fully automated solutions—from prep to analysis—which allows researchers more time to focus on other processes in the lab. On top of this, many GC systems come with informatics software to assist with the analysis of data and report writing, making the process even more streamlined.

How will non-routine analysis or samples affect which GC system is the best fit?

The Smart Behind Separations: Enabling a New User Experience for GC and GC/MS Workflows

The Smart Behind Separations: Enabling a New User Experience for GC and GC/MS Workflows