Perspective On: A Biofuel Lab

Analytical laboratories are prominent—they are veritable nerve centers—in biofuel production facilities because of their crucial role in assuring quality, in guiding efficient and economic feedstock processing, and in driving research on next-generation products and enhanced processing technologies.

A typical biofuel facility will have laboratories with instrumentation to determine the key quality parameters of incoming raw materials—vegetable oil, animal fat, greases, and grains, among others—that will be modified into biofuel, according to Rachel Burton, formerly of biodiesel producer Piedmont Biofuels (Pittsboro, North Carolina), where, in addition to being one of the founders, she served as research director, designed and oversaw construction of the laboratory facilities, and implemented the QA/QC and National Biodiesel Accreditation Commission (NBAC) BQ-9000 quality assurance programs. In general, the labs will have analytical capabilities for determining moisture content, conducting basic acid-base titrations, and measuring the free fatty-acid content of feedstocks. Many facilities will also have a gas chromatograph (GC) for determining product quality after the process, notes Burton.

In her area of expertise, biodiesel, Burton says that the key chemical process in production is transesterification (TE). This involves the conversion of one type of ester—a vegetable oil, for example—during a reaction with an alcohol, generally methanol, into another type of ester—a methyl ester or biodiesel, say. A coproduct is glycerol; manufacturers must ensure that any free glycerin remaining in the system is kept below .02 percent by mass, in accordance with American Standards Testing Materials (ASTM) standards. Burton notes that glycerin can cause damage to diesel engines.

HERO BX 45 million gallon per year biodiesel production facility located on the shores of Lake Erie in Erie, Pennsylvania.She says that the process typically starts with feedstocks arriving in an incoming rail car or tank wagon. Depending on the protocol, samples may be taken directly from the whole shipment or from the top, middle, or bottom. “Sometimes the bottom sample may just be the worst, so technicians take the bottom sample to see the worst-case scenario of water and sediment contamination, to estimate how that may impact the process yield.”

She says, “Incoming sample protocol— including proper labeling—and knowing how a sample will move through the laboratory are key. In many biodiesel facilities, a sample is taken and run directly though the lab to generate an immediate status report on the specifications of the incoming sample. This helps with decisions about whether the sample shipment is of usable quality or not.”

Glenn Green, HERO BX director of technology, showing the visual clarity and purity of the HBX high quality biodiesel.The lab analyzes incoming feedstocks to ensure that they meet the specifications required by the production process. Green notes that too-high concentrations of free fatty acids in the starting raw materials, for example, may slow down production, reduce overall efficiency, and drive up production costs. At key points during production, especially in pretreatment and TE, the lab conducts tests to ensure that all processes are optimal via specific analytical testing; this ensures that the reaction between the initial ester and the methanol has occurred, that free and total glycerol are at acceptably low levels, and that the methanol concentration is within the appropriate range.

“For finished-product quality testing, we have to abide by ASTM’s D6751 biodiesel-blend stock specifications,” says Green. He adds, “We have incorporated the NBAC BQ-9000 quality control program, which dictates critical and noncritical tests—those that must be run after every production lot and those that can be run every three or six months or annually,” he says. Finished-product quality tests include flash point to make sure that the methanol is consumed in the TE reaction, GC for product quality, and acid number and density tests, among others. Finished products are not allowed to leave their holding tanks without a green light (certification) from the laboratory.

Green explains that, in the initial stages of a biofuel production facilities BQ-9000 accreditation there is a requirement to perform seven lots of complete, full-slate quality-conformance testing to ensure that the deployed processes are yielding quality product. Upon satisfactory completion of this battery of tests, manufacturers may be able to scale down to just critical testing.

Burton says that there is a combination of in-house and service labs available to the biofuel industry today. Some producers may not have an extensive lab and may outsource their testing. A number of facilities offer outside testing on a fee-per-service basis. Intertek, for example, operates in about 100 countries across the globe and offers quality testing to biofuel manufacturers, refiners, distributors, end users, and researchers, among others.

Some state laboratories, many of the same facilities that provide QC for agricultural products, and other operations that provide service laboratory work for the petroleum product stream also provide service-based testing for biofuels, according to Burton. “There are a number of labs in the US and around the world that provide biodiesel testing. It is usually a matter of how much testing is needed and how cost-effective it is to use a particular type of facility—your own or outside service,” Burton notes.

The HERO BX laboratory houses many automatic physical property testing instruments such as cloud point, flash point, viscosity, and cold filter plugging point.Turning to the issue of in-house versus outsourced testing in third-party labs, Green notes that it is necessary to run certain tests on every lot, “depending on the process, on how fast we plan to run the process, and on how we plan to use our infrastructure.” He points out, “If we are doing lot certifications every day, we need to have everything in-house to run the certification, as opposed to waiting for about three days for a result from a third-party laboratory.”

To be sure, HERO BX does make use of third-party labs. “You have to. There is a need to do round-robin inter-laboratory testing to have third-party verification of your results. In addition, there is a lot of ongoing research work, so we definitely use third-party labs quite often.”

He says that HERO BX’s current research activities focus on new potential feedstocks, process advancements—such as determining the current concentration of excess methanol in the TE process and how this can be reduced for efficiency reasons—and on approaches that will enhance process improvements and efficiencies. “We also conduct laboratory testing for other biodiesel companies to help them with any process problems, inter laboratory verification, research and finished product testing,” says Green.

Burton says that one key area of her research focused on the use of enzymes (biological catalysts) in the production of biodiesel. The idea was to explore the use of enzymes to replace traditional chemical catalysts that inhibit yield or create process wastes such as soap, sulfuric acid, or acidic methanol, the necessary neutralizing of which adds to overall production costs. “Enzymes (lipases) do not produce soap; they increase production efficiency and improve product quality and value. So, the idea was to investigate how to improve process efficiency without making the cost of production significantly higher,” she says.

Furthermore, Burton notes, “The enzymes we were working with could be reused multiple times, whereas the traditional chemical catalysts could be used only once. When you use sodium hydroxide in biodiesel production, you can use it only once; you can’t reclaim it and use it again.”

Despite reduced or eliminated incentives, both fair and misguided attacks from environmental and hunger (food security) watchdogs, surging interest in hydraulic fracturing (fracking) to tap the promise of natural gas lands like the Marcellus Shale—North America’s richest reserve, with 500 trillion cubic feet and running 600 miles north to south—as well as the revival in oil exploration in boom areas like western North Dakota, the attractiveness of biofuel energy remains quite strong.

Currently, there is considerable interest in novel biofuel feedstocks such as algae, switchgrass, and other cellulose-rich sources, including the stalks of sugar cane plants and tree trimmings. Still, the predominant feedstocks for the most common biofuels continue to be corn and sugar cane in the case of fuel-grade ethanol, and soya bean, palm, waste cooking oil, and animal fats and grease for biodiesel.

The beauty of biodiesel, no matter what feedstock it originally comes from, is that it allows many producers to take advantage of a second use of feedstocks in the form of used cooking oils, tallow, animal fats, and yellow grease, according to Burton.

Green says that HERO BX, which currently produces around 45 million gallons of biodiesel annually, started production at the end of November 2007. He says that the facility, which runs about 145,000 gallons of feedstocks per day, intended at its outset to use about 80 percent vegetable oil and 20 percent animal fats. “We are actually running in the exact opposite of that today because of the economics of the market, with more animal fats from poultry, pork, beef tallow, and used cooking oil, and only a small portion of virgin vegetable oils. We actually run a blend of these feedstocks to meet the requirements of our marketed commodities, which are based on different specification parameters.”

To underscore the point about certainty and predictability of feedstock availability, Green says that HERO BX does not engage in any direct feedstock collection. “We purchase raw materials in railcar (25,000 gallons) and truck (6,000 to 7,000 gallons) loads from a number of feedstock brokers operating in our geographic region.”

Bernard Tulsi is a freelance writer based in Newark, DE. He may be contacted at btulsi@comcast.net or by phone at 302-266-6420. 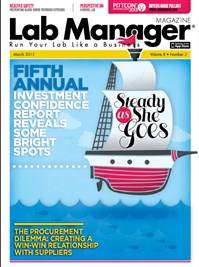 Steady As She Goes

Creating a win-win relationship with suppliers in order to obtain the best products and prices.