Perspective On: A Cell Culture Lab

From drug discovery to academic research, cell culture has become a staple of biological exploration. Researchers remove cells directly from animals to grow in laboratory conditions that are similar to the environment inside the body. They can then manipulate the cells in ways that are not feasible in vivo—inside a living organism.

Laboratories dedicated to cell culture are to be found in all areas of life science research. One such laboratory is the Tissue/Cell Culture Core at the Iowa Center for Molecular Auditory Neuroscience at the University of Iowa. The lab is codirected by Dr. Steven Green, who studies hearing and deafness and is focused on the ears of individuals subjected to loud sounds.

“If we understand what exactly is happening, maybe we can learn some way to reverse it and to repair the damage caused by noise—probably one of the leading causes, if not the leading cause, of deafness,” says Green.

One aspect of better understanding deafness is learning about the nerve cells inside the ear. Nerve cells are responsible for carrying auditory information from the ear to the brain.

“We dissect out nerve cells from the inner ears or the cochleas of rats and mice, and we put them into culture, which allows us to perform experimental manipulation that mimics the consequences of deafness from the perspective of the nerve cells,” Green explains.

“We also have experiments where we can put into culture not just individual nerve cells but actually an intact cochlea, with the nerve cells and the sensory cells in the exact same type of arrangement that they have in the animal,” he adds.

“We can use these cell culture systems to understand trauma to the nerve cells of the inner ear and what we might be able to do in the future to protect them from trauma and to allow the damage to be repaired,” Green says.

Green has been in charge of the lab since he became a faculty member at the university in 1988. In those 25 years, the lab has grown to take up 1,350 square feet of space plus a separate office and conference room.

Everything inside the lab is organized for sterility as well as efficiency. Therefore, all the cell and tissue culture work is done within one large room in the laboratory. The room, which is maintained at positive pressure relative to the rest of the world, has just one door, meaning air can flow only out of the room. This helps the lab maintain sterility.

“Within the tissue culture room, we have three tissue culture hoods and sterile cabinets; two of them are set up for dissections, so each one of those has a dissecting microscope,” Green says. “It’s kind of an assembly line: taking larger tissue samples from the animal and then dissecting out the nerve cells within the sterile environment.

The lab’s staff, whose number varies each year depending on funding and research needs, conducts all this work. Currently, Green has eight people working at the facility.

“My lab is a relatively small one for an academic research lab: I have a technician who helps manage the lab and does some of her experiments,” says Green. “There’s a postdoc fellow in the lab, three grad students, a couple of undergraduate students working in the lab, and one undergraduate who is paid hourly and helps prepare solutions and takes care of sterilizing and glassware washing and so on.”

All members of the lab are biologists or studying to be biologists. The postdoctoral fellow, however, has vast training in biophysics and electrical engineering.

Green meets with each lab member for at least an hour each week to go over the science of each person’s research, experiment planning, data analysis, and results publishing.

“In addition to that, we have at least one lab meeting a week, where everyone in the lab is together in one room for a couple of hours. One person will talk about their research so that everyone can hear what they’re doing and ask questions and make comments,” Green says. “We also meet to discuss journal articles—reports that have appeared in the scientific literature that are relevant to our research.”

For training, purchasing, or lab safety and maintenance issues, the staff will contact the technician, who is equipped to deal with the everyday issues of the lab.

Like many cell culture labs, the Tissue/Cell Culture Core relies heavily on microscopes. Fluorescent microscopes are the most used: the staff uses these to view the cultures after they complete experiments. The staff also relies on dissection microscopes, cryostats for preparing specimens, and thermal cyclers for performing polymerase chain reaction (PCR).

The cell/tissue culture room contains stations for animal surgery, sterile dissection, maintenance of cultures and examination of cultures by conventional phase microscopy. To help reduce microbial contamination, air entering the room is HEPA-filtered and is maintained at elevated pressure. Dr. Ning Hu is working at a sterile dissection station.

“We do a lot of analysis of which genes are on or off, by doing PCR,” says Green. “The heavy PCR in the lab is used to determine whether a mouse is carrying a particular genetic mutation.”

The lab also utilizes computers designated for microscopic image analysis. Because this equipment is expensive, Green rarely upgrades and tries to coax as much life as possible out of each instrument.

“Our main microscope is now probably about 13 years old, and it’s maintained in very good shape,” he says. “It would cost us probably about $90,000 to replace it, a challenging amount to come up with, so we actually try to get as much use as we can out of the equipment we have.”

The lab equipment replaced most often is the computers, because of their low price points.

“For a couple of thousand dollars you can get a computer that is fully capable of doing even fairly intensive image analysis,” Green says. “Some other pieces of equipment in the $2,000 to $5,000 range can be replaced at least every few years, but the expensive pieces we just have to carefully maintain.”

“For our microscopes, which are very expensive, either we use a maintenance contract—serviced by somebody coming from outside—or, in cases of the smaller microscopes we don’t have on contract, we just have to pay for repairs as needed,” Green says. “Then there are a few other large pieces of equipment for which we have maintenance contracts.”

Unlike large-scale commercial cell culture labs, Green’s operation doesn’t utilize any automation or robotics. This is mostly because the research he’s involved in is dependent on primary cell cultures, the majority of which need to be conducted by hand. However, he does hope to automate digital image analysis in the near future.

An inverted fluorescence microscope allows long-term observation of living cells and tissues labeled with fluorescent markers. Images are captured digitally for quantitative analysis on a computer.

“We’re looking for an employee to write software that might be able to automate some of that. But in terms of actual physical manipulations, there’s nothing we do right now that could easily be automated at a reasonable price,” Green says.

The inventory of the lab is the responsibility of the lab technician. When a person working in the lab realizes they’re running low on an item, he or she will consult a spreadsheet, designed years ago, where all purchases and budget items are recorded. Using the spreadsheet, the lab member can pull up the purchasing record and immediately get the company and catalog number, then ask the technician to put an order in for them.

“There’s a flaw in that system,” Green says, “because a lot of times somebody will notice that something is low and fail to tell the technician; that generates angry emails from the tech to the lab, reminding everyone that when they see something is getting low they have to report it.”

Expensive items like commercial antibodies and frozen cells are recorded in a separate spreadsheet. A person seeking one of those items can consult the inventory and find out the location.

“The purpose of that inventory is to record the location of the freezer for each item to make it easy for someone to find it. And when a tube of cells or a tube of antibodies is used, it can be indicated in the inventory so that we know we need either to purchase it or to use the next one down the road,” Green says.

Like many academic labs dependent on federal grants, Green’s biggest challenge is financial.

“[Funding] is getting harder to secure, and now you don’t get all of the money that you asked for. We have this “sequestration,” which requires us to give money back to the federal government—so we’re going to get less money than what was actually committed to us.”

The lack of funds prevents Green from upgrading to new equipment or software as much as he would like—which in turn limits, to an extent, the types of experiments he and the students can perform. It also restricts the number of researchers he can bring on board.

“Most of the money in a grant goes to salaries, so I’d say the biggest problem is to try to stretch shrinking dollars to be able to cover salaries and supplies and equipment maintenance,” he says.

University salaries tend to be pretty fixed: Graduate students receive a stipend determined by the university, and the salaries of postdoctoral fellows are determined within a predetermined narrow range set by the National Institutes of Health. Only technicians can receive pay increases based on performance.

Financial incentives, therefore, are not the drivers of most of those who join academic labs.

“Most of us who go into academic science are doing it because we really love it,” Green says. “Also, there’s some kind of ego gratification: we’re respected by our peers for having certain accomplishments, and I think that’s the ultimate incentive that we can apply to academic science.”

But that’s not to say that Green doesn’t reward his staff for their accomplishments. When a person in his lab publishes a journal article or receives grant funding, Green treats everyone to a lunch or dinner or throws a little party in the lab.

“It’s just a matter of making sure that everybody’s accomplishments are recognized by his or her peers,” he says.

With these models, researchers hope to gain a better understanding of how the brain and neural networks work 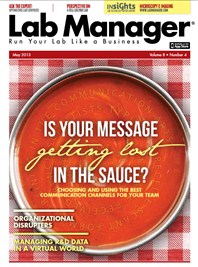