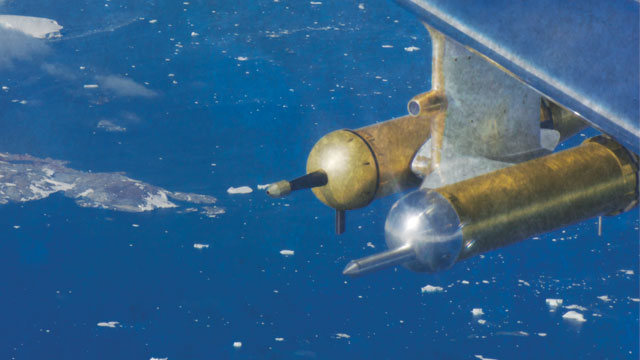 For environmental researchers, the Gulfstream-V (GV) HIAPER research jet is like Red Bull—it gives them wings. Essentially a flying lab, the research aircraft, which is owned by the National Science Foundation and managed and operated by the National Center for Atmospheric Research’s (NCAR’s) Earth Observing Laboratory (EOL), based in Boulder, Colorado, allows scientists to literally reach great heights in a variety of atmospheric research.

While research aircraft are nothing new, there are several things that make the HIAPER unique. Just how high it can go is one. Without scientific payload and carrying minimal fuel, it can reach a maximum altitude of 51,000 feet, but EOL director Dr. Vanda Grubišic says that with a typical payload and full fuel load for a long-distance flight, the maximum altitude is closer to 45,000 feet, reaching easily into the upper troposphere/lower stratosphere of the Earth’s atmosphere. With a range of about 7,000 mi (11,265 km), the jet can also make longer flights than the typical research jet, up to ten hours in duration.

“Essentially one can fly from Boulder, Colorado, down to Punta Arenas [Chile] almost in a single flight,” Dr. Grubišic explains.

The jet can also carry 5,600 pounds of scientific payload, and though that seems like a lot, it’s not as much as other research aircraft can carry.

“There are research aircraft that can carry much more, but combined with the long range and unique high vertical reach of this aircraft, we go with very specialized scientific instrumentation, [such as] for chemistry and aerosol studies,” Dr. Grubišic says.

Typically used as a business jet, this particular GV was purchased new and then modified in house and in close collaboration with Gulfstream from the get-go to serve as a research aircraft. Instead of the comfortable leather seats you’d find in a regular GV, the HIAPER is packed with instruments in racks, though a few seats remain for the scientists and instrument operators.

The racks house the portion of the instrumentation that receives data from the sensors mounted predominately on the fuselage and wings of the aircraft, Dr. Grubišic says. With chemistry instruments specifically, there are inlets on the aircraft that take the ambient air at the flight level of the aircraft into the cabin, and then the instrumentation in the racks analyzes that air in real time, depending on what techniques are being used. For other research, they simply store that air in canisters for post-analysis, she explains.

The aircraft’s wings are another unique feature.

“This is the first Gulfstream in the world that has wing-mounting points,” Dr. Grubišic says. “It’s no longer the only one, but it is the first one.”

Those wing-mounting points allow the jet to carry underwing pods, containers that house specialized instrumentation and sensors. Those pods were also designed and fabricated in house. The HIAPER is one of only two jets to carry such pods; the other is HALO, a Gulfstream 550 managed and operated by the German Aerospace Center.

As far as challenges go, because the HIAPER’s scientific payload capacity is smaller than other research aircraft, there’s a need for smaller instruments. “For example, for chemistry researchers, their instrumentation is not very compact so they have to work on reducing it in size,” Dr. Grubišic says.

Another challenge is the speed of the aircraft, moving twice as fast as the typical turboprop research aircraft, which moves at about 100 meters per second.

“In terms of making real-time decisions, [researchers] need to make them faster,” Dr. Grubišic says. “In order to help scientists with that, we do have a position on the aircraft [that] we call a mission coordinator, one of our Research Aviation Facility team members who is there to act as an interface between the mission scientist for that particular research flight and our pilots.”

That mission coordinator will also keep on top of the weather forecast and satellite data uploaded to the aircraft, to ensure that the plane avoids any unsafe weather, something the researchers might put by the wayside in their eagerness to collect the best data set possible, Dr. Grubišic says.

Collection of that data is much different from research flights of the past.

“Quite a few decades back, the scientists would hop on the plane and follow their planned mission almost strictly without knowing what data they were collecting,” Dr. Grubišic says. “These days we do have sophisticated data systems and displays on board the aircraft.”

Those displays allow researchers to see data in real time as it’s being collected, giving them a much better idea of whether or not their hypothesis is confirmed. “I want to allow scientists to be able to come from a research mission with a first draft of their research paper,” Dr. Grubišic says. NCAR quality controls the data collected by HIAPER research flights and, after a year of exclusive use by the original research team, the data sets are opened up for use by anyone in the world who requests them.

Having served the scientific community since 2005, flying its first official scientific mission in 2006 with Dr. Grubišic as the science lead, the HIAPER recently completed the ORCAS field campaign over the Southern Ocean in late February. The data collected by the series of flights will give researchers a better idea of the role the ocean plays in absorbing excess carbon dioxide emitted by humans. 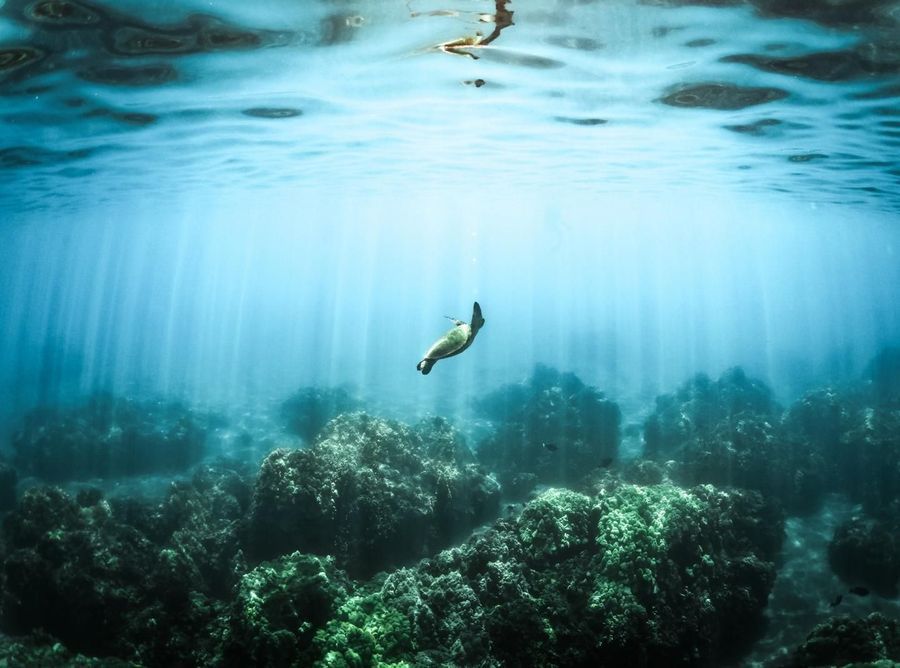