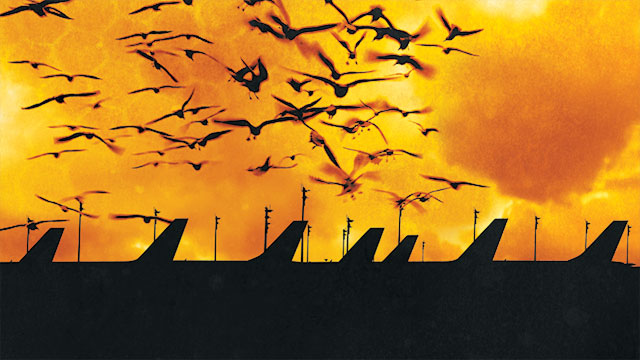 Why was the bird launched from a cannon? To keep aircraft safe. At least that’s the case at the National Research Council of Canada’s (NRC’s) Flight Impact Simulator facility, where bird guns are used to test and certify key aircraft components to ensure they can withstand a possible bird strike. While the thought of firing bird carcasses at airplanes might seem funny, tests like these are serious business.

“We share the air with birds, and this has been an ongoing problem,” says Ron Gould, a retired NRC researcher who managed the facility, which is based in Ottawa. “As a matter of fact, today [September 1] there’s already been a bird strike reported, so it happens fairly regularly.”

The NRC was first asked to explore the issue of bird strikes and air safety in 1963, with the first bird gun— featuring a 40-foot-long barrel and a 10-inch bore—up and running in 1968. Aircraft manufacturers use the facility to test windshields, engines, the leading edge of the wings, and the tail, where birds are most likely to strike as the plane is taking off or landing, Gould says.

“There are probably far more people working to keep airplanes and birds separate than there are people working on bird-proofing aircraft, but when it does happen, the aircraft is required to sustain the damage and make a safe landing,” he says.

Gould adds that for testing aircraft structures during his days at the NRC, they used birds weighing at least one pound, while for engine ingestion tests, they continue to use much smaller birds. In the past, they used carcasses of domestic egg-laying chickens from a local farm in one-pound, two-pound, four-pound, and eight-pound weight categories. For engine tests, they use birds of only a few ounces from a falconry that specializes in airport security. And the guns don’t just fire birds, they can also simulate hail and launch key aircraft components and materials to ensure they can withstand impacts.

While the guns are simple pneumatic cannons that include a tank to store the air, a barrel to accelerate the projectile, and a firing mechanism, there are still some things to watch to ensure a successful shot. The bird carcass, which must be completely thawed before firing, is placed in a container that is stripped off the bird at the muzzle of the gun so it doesn’t follow the bird to the target.

“The key thing is to package the bird in that container so that it doesn’t get squished into a puddle while it’s being accelerated by speed over a short distance,” Gould says. “The most important thing that you can provide to the customer is accurate and repeatable speed. If they’re paying for a certification test and they have to certify at 350 knots, and then you supply a test at 349.4 knots— that’s a wasted test.” He adds they also can’t be too fast because then they can’t be certain whether a component failed because it was struck at too high a speed.

Speaking of speed, Gould says the velocities the birds are shot at can range from something similar to someone throwing a projectile by hand to more than Mach 1 (600 miles per hour).

Since the 10-inch gun and a smaller gun from the 1970s were recently retired to the Canada Aviation and Space Museum, the facility now uses two identical guns, known as “the twins.” These guns feature a unique design that allows the team to change barrel sizes, says Brian Galeote, technical officer at NRC’s Gas Turbine Facilities. Currently the guns have 17-foot-long barrels with 3½-inch diameters, and the team is working on mapping their performance.

As far as challenges, Galeote and Gould say there aren’t many. The older gun design sometimes had issues, as it used a double Mylar diaphragm that required two separate pressurizations. “If there was any imperfection in that Mylar, you could get a premature burst,” Galeote explains. “For an engine test, that would be really bad. We’ve gone to a high-speed valve that eliminates that problem, so as far as challenges during a test, we’ve got it down pretty good.”

In the past, Gould said setting up tests could be very time-consuming, but Galeote says that setup time has now been reduced by computerizing many of the tasks that were once done manually. He adds that for him the stress involved in engine certification tests is a main challenge, as “the tests are very expensive and [they] have to do it right the first time.”

Such tests involve loading the bird into the gun, everyone evacuating the test cell, the engine being brought up to the required condition, and Galeote setting the software to begin the firing sequence and then starting the high-speed cameras. “We measure velocity and the image of the bird or projectile going into the engine using [those] high-speed cameras,” he says.

While those tests can be stressful, Galeote adds that the work is also very satisfying.

“It’s one of those things where as a kid you would think [it] would be really awesome to do and you never think you’d get a chance to do it,” he says. “Even after the hundreds of shots I’ve taken, there’s always something to learn from it and [from] the interesting people in the field.”

He adds that he’s learned a lot from Gould, who worked at the facility from 1975 to 2010 but is still brought in as a consultant. Both Galeote and Gould say it’s also special to be part of the small group of professionals who operate bird guns.

“It’s certainly unique,” Gould says of his time at the NRC. There aren’t too many people who do it. It was fun to see the different designs, and I met a lot of interesting people.”

As for the future, there’s a chance the old 10-inch gun may be brought back into action.

“For the past five years, there’s been a push for really large birds, from four to eight pounds,” Galeote says, explaining that the current guns can’t handle birds of that size. However, there is a clause in the NRC’s agreement with the aviation museum that they can have the gun back if it’s needed for a test.

And despite computer modeling coming into play in the bird strike simulation scene, both Gould and Galeote say that with the new composite aircraft materials of today, bird guns are more relevant than ever.

“Technology right now is amazing and computer modeling is really good, but it still doesn’t substitute for the real thing,” Galeote says. “I think the bird gun, or chicken cannon, or pneumatic cannon—whatever you want to call it— still has an important role to play in aerospace [testing].” 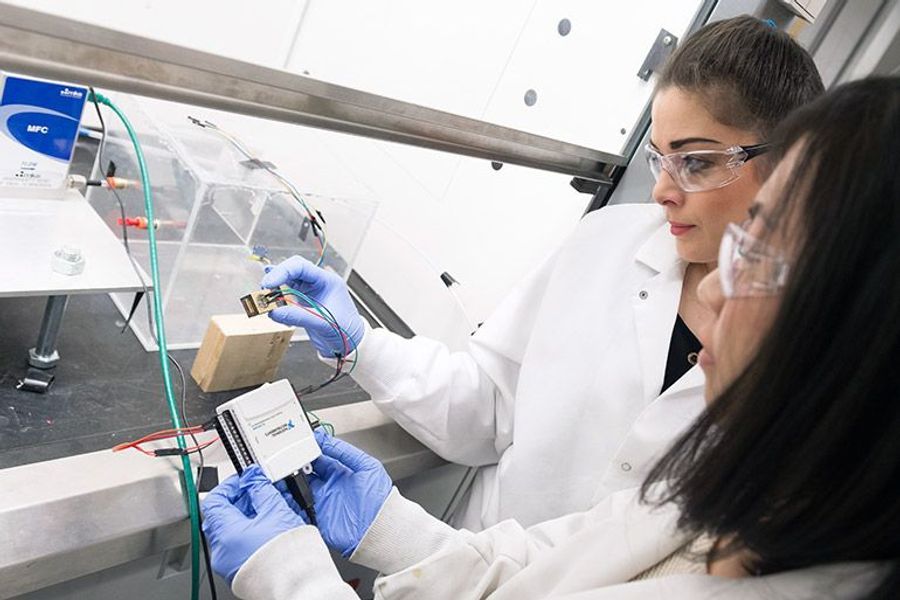 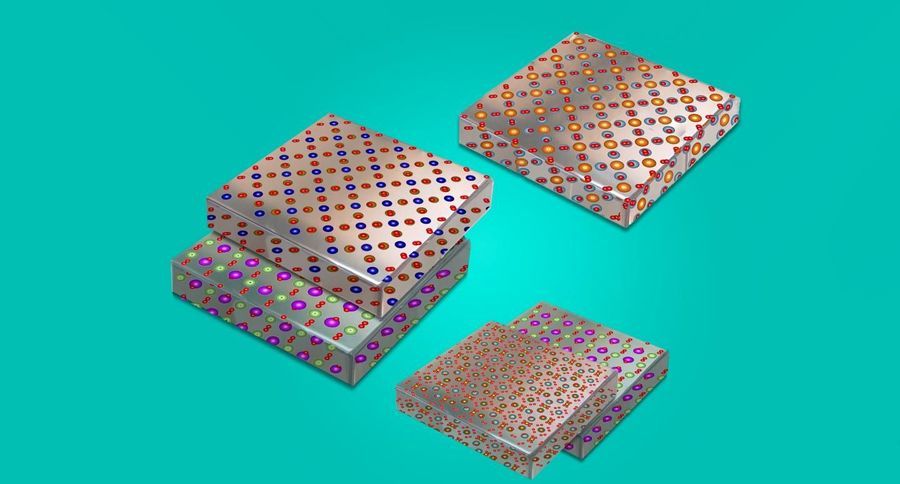 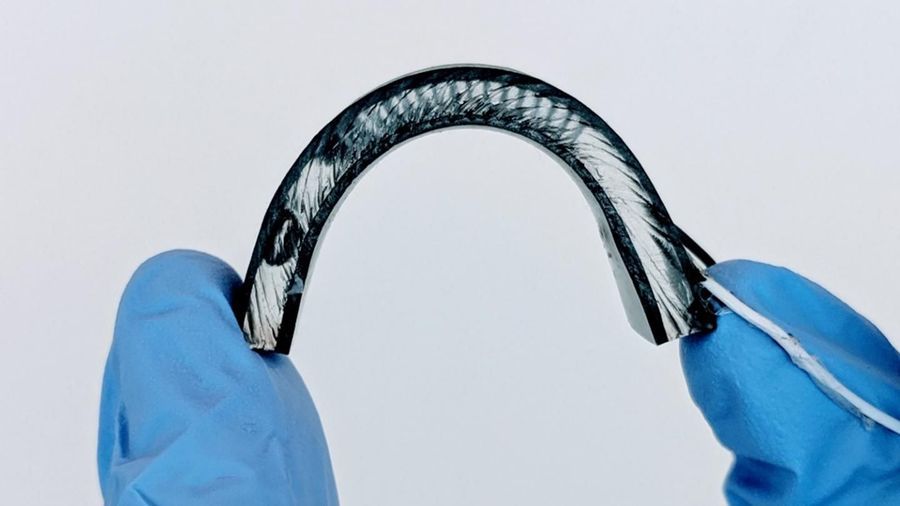 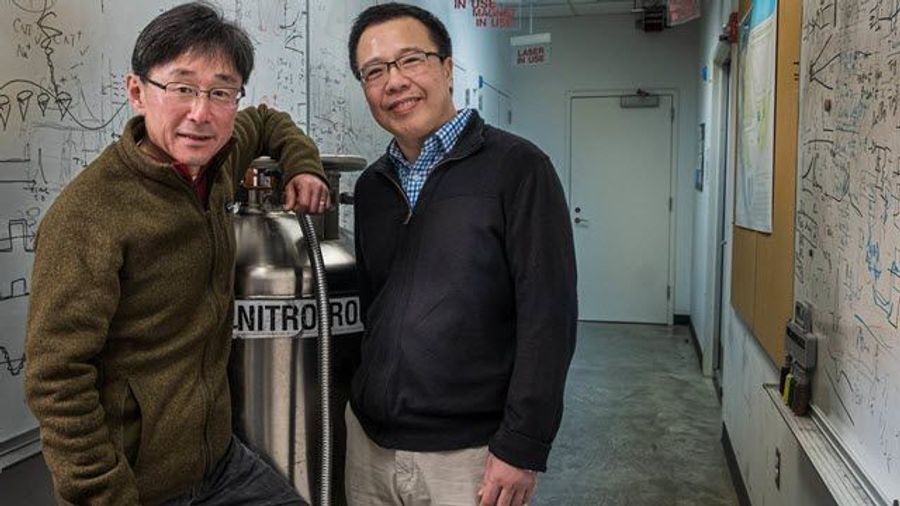