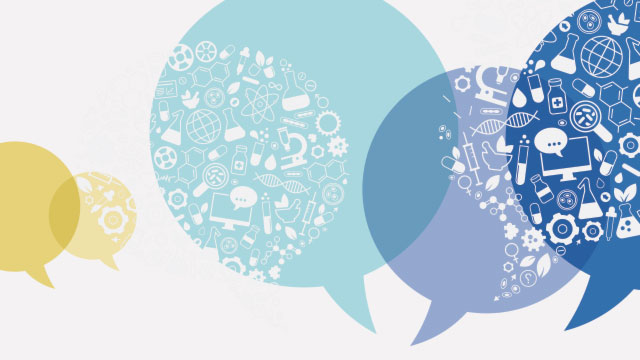 In reviewing the results of this year’s Salary and Employee Satisfaction Survey, many familiar trends stand out. In general, laboratory professionals continue to report stability and a strong feeling of satisfaction in their careers. Upon taking a critical look at the data, two unsettling trends still stand out. The millennial generation is continuing to have difficulty breaking into the laboratory workforce—even as we see an increase in the maturing workforce leaving—and there’s the ever-persistent issue of gender-based wage inequality.

As in previous years, the demographics of those surveyed have changed little. The majority of respondents are spread across various industries such as clinical, academic, and industrial laboratories. Small fluctuations have occurred in some industries—a 2.4 percent increase in academia as well as a 2.8 percent decrease in government laboratories over last year are reported. The current consistencies in research areas may be due in part to the evening out of sequestration efforts in the United States and the downsizing of laboratories as the maturing workforce retires.

GRAPHS: A Snapshot of our survey respondents

Of those polled, laboratory management professionals (lab managers, corporate management, technical management, and others) made up 67.7 percent of the total respondents. The balance of respondents included technologists, research scientists, chemists, and academics. Laboratory professionals are still varied across many domains—with the bulk of workers found in analytical chemistry, clinical, environmental, and microbiology. One notable change was a 1.8 percent increase in those working in the biotechnology sector—a known growth industry. This is likely fueled by the demand for improved crop yields, drug discovery efforts, and the increasing medical needs of an aging demographic.

Closing the Door When Leaving

This past year showed a significant drop in the amount of baby boomers present in the workforce, dropping five percent to 51 percent, which was almost entirely made up by an equal increase in millennials from eight percent to 13 percent this year. While this would normally reflect an aging workforce retiring and opening the door for new workers, this unfortunately does not seem to be the case.

Last year’s findings showed that workers with over 20 years of service represented more than half of the work force at a dominating 56.5 percent, a number that dropped 9.4 percent to 47.1 percent this year. The exodus of senior staff from the industry would typically be made up for with an influx of entry-level or newer workers. Oddly enough, this balance was not made up of new workers: the number of entry-level workers only increased 0.3 percent to 1.2 percent. A variety of possibilities could be causing this: downsizing, movement of facilities or work to overseas locations, and the consolidation of previous job titles into other preexisting positions.

Another factor impacting this trend may be the skill sets of mature workers. Those who have been working in their industries for 20 or more years have a compendium of industry knowledge—not to mention considerable education—making them difficult to replace once they leave. As such, finding a suitable candidate for replacement can take longer—and in some cases, these retirees are being enticed to return to their industries, in either full-time or consultant roles.

Sifting through the salary data for this year, only a few minor changes were seen. Salaries have remained fairly consistent, with a couple of exceptions: the number of workers making $25,000 or less has increased slightly—from 4.3 percent to 5.7 percent this year—while a slight drop has been seen in wages $85,000 and above. Additionally, those who are eligible to participate in company bonus programs has decreased, down 1.4 percent to 40.6 percent this year. Both of these changes seem to reflect the departure of the mature high earners in the workforce. However, in regard to salary equality, another disturbing trend is ever present.

It appears the glass ceiling is holding strong when it comes to equal pay for women and men across the scientific disciplines. Women once again significantly dominate the lower wage categories in respect to annual salaries, while they are severely underrepresented in the higher categories—those who earn $85,000 and above. Additionally, the eligibility to participate in bonus programs is significantly lower for women: 47.9 percent of men report participating in bonus programs while only 34.3 percent of women report the same.

It is a well-known fact that women face a variety of barriers when trying to enter certain STEM fields, which is seen in this year’s survey. In clinical sciences, women make up 71.7 percent of those surveyed, while in analytical chemistry they make up only 38.3 percent of the field. One possibility is that fields such as analytical and applied chemistry have high demand, causing them to offer more incentive wages and bonus packages that are not typically offered in fields such as the clinical or biological sciences. Regardless, this is still a serious issue that needs to be addressed by the scientific industry in order to turn the tide of gender-based wage inequality.

As mature high-wage earners in specialized areas of research begin to step out of their roles and into retirement, the demand for highly educated and skilled replacements is increasing. As a result, we see the continuing trend of those holding master’s (26.8%) and doctoral (19.7%) degrees beginning to approach the majority of survey respondents. Those holding at least a bachelor’s degree or higher make up a staggering 92.3 percent of those polled, while those with associate or partial college degrees make up the remainder. It is likely we will see this trend continue as industries automate processes, downsize, and seek highly educated replacements for their predecessors—effectively pushing out those with associate or partial college degrees. Corroborating this trend, the number of respondents who indicated they were putting thought into returning to school had increased to 13.7 percent this year, which is 5.7 percent higher than last year.

Summarily, employees seem to be very satisfied with their jobs, with 94.2 percent indicating they will still be working in some capacity for their current employer— up nearly five percent from last year. Most importantly, 18.3 percent of those surveyed indicated they were expecting a promotion in the coming year, up 4.4 percent from last year’s results. This seems to correlate with the trend of the workforce turning over, as the baby boomer generation slowly enters retirement.

While some areas had slight increases over last year, such as initial training (up 3.0% to 47.3%), ongoing training (up 2.2% to 47.8%), and the ability to explore other positions within the company (up 3.6% to 31.4%), these questions continue to be seen as areas of improvement by employees. On top of this, only 33.5 percent of those surveyed (down 1.0%) feel their employer has helped them improve their work/life balance.

Overall, in most categories there have either been minor changes or trends consistent with those seen over previous years. Notably, as the mature workforce is retiring, millennials are attempting to take up the mantle of their predecessors, albeit with some hurdles. As laboratories continue to automate and downsize, the availability of entry-level jobs may decrease, causing those looking to enter the workforce to require higher levels of education to get in the door. High on the list of priorities is tackling the continuing problem of gender-based wage inequality, as well as the considerable barriers women face when attempting to enter the STEM fields. Despite these issues, employee satisfaction appears to be at an all-time high this year, indicating that the laboratory industry is more than adept at addressing the issues of an ever-changing business landscape.

To those who participated in this year’s Salary and Employee Satisfaction Survey, thank you. We look forward to revisiting this topic next year, and hope for your participation again.