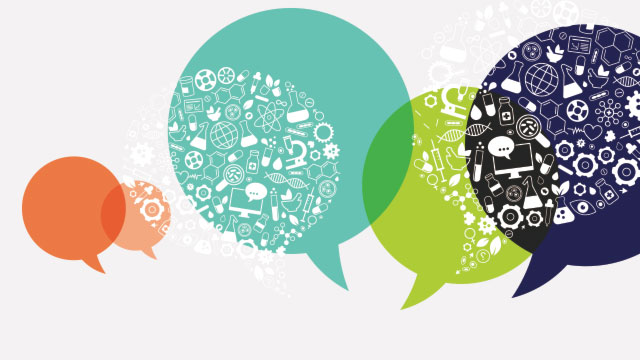 This being our 11th Salary and Employee Satisfaction Survey, experience has taught us to expect only very small changes across all survey categories. This year was no exception. Demographic changes and differences in wages, bonuses, and job satisfaction were negligible, which makes even the slightest decrease or increase in percentages all the more meaningful and all the more challenging to interpret. That being said, what we learned from this year’s nearly 1,000 laboratory professionals who participated is that, for the most part, they continue to have a strong feeling of satisfaction in their careers.

As in previous years, the demographics of those surveyed changed little. The majority of respondents are spread across various industries, including clinical, academic, and industrial laboratories. Though a significant fluctuation occurred in some industries this year, a 5% increase in academic labs and a 6% decrease in clinical labs over the past year were reported. 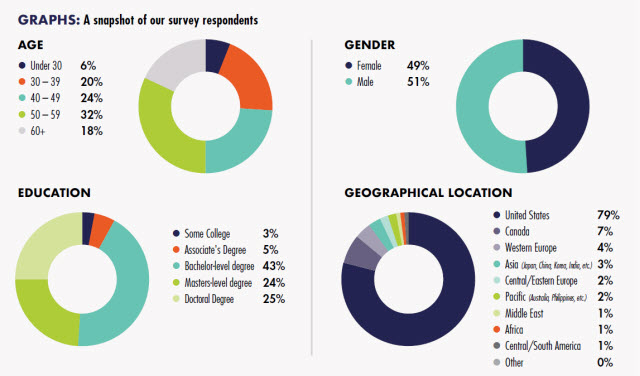 A snapshot of our survey respondents

One interesting fact to emerge from this year’s survey was that 3% fewer respondents were managing 10 employees or less compared with last year (70% vs. 73%), and 5% fewer were managing less than 25 employees. This seems to suggest that the number of employees in most of these labs has decreased, which would be consistent with the pattern we’ve seen since beginning this survey. Reduced staff budgets, automation, and more user- friendly instruments might help to explain this trend.

Laboratory professionals are still varied across many domains, with the bulk of respondents found in analytical chemistry, clinical, chemistry, environmental, biology, and microbiology.

As we have seen consistently since beginning this survey 11 years ago, the bulk of respondents (47%) have been in the scientific research field for more than 20 years. Those who have worked in this field 10 years or less also remained fairly constant at 26% vs. 23% in 2016.

This year’s survey indicated a very minor decrease among those who reported working for the same employer for more than 16 years (30.6% vs. 32.3%). A similarly modest decrease was reported for full-time employment vs. part-time, temporary, or on a contract basis, with 3% fewer telling us they are employed full time (90% vs. 93%). Offsetting that decrease were small increases across the board for those working part-time, temporary, and on a contract basis.

Reviewing the salary data for this year, only minor changes were seen. Salaries have remained fairly consistent, with a few exceptions: the number of workers making $25,000 or less has increased slightly—from 5.8% to 6.2%—while the number of those earning $85,000 increased slightly. Respondents representing the middle of the pay scale remained the same year over year. While the percentage differences at the highest and lowest salary levels are slight, they are noteworthy when compared with those in the middle that have stayed constant or increased slightly. This echoes last year’s takeaway that those beginning their careers in research labs are having a difficult time getting a foothold or earning a respectable salary. One explanation might be that new hires are not required to have the same level of education as in the past—as laboratory tasks become more simplified and automated— and thus cannot command higher starting salaries.

Besides salary, this year’s respondents reported minor decreases in nearly every non-salary compensation category. For example, those who were eligible to participate in company bonus programs decreased by 2.4% (38.2% vs. 40.6%). Benefits, including wellness programs and contributions to pensions and retirement accounts; health, dental, and vision insurance; tuition reimbursement; profit sharing; and stock options, were all down a point or two.

Notable this year was the increase in respondents with doctoral degrees (25% vs. 20%), and the decrease in those with bachelor’s (43% vs. 46%) and master’s degrees (24% vs. 27%). While combined bachelor’s- and master’s-level respondents make up well over half of all surveyed at 67%, this combined number is down 6 points from last year’s 73%. However, similar to last year, those with a bachelor’s degree or higher remains the majority at 92%, with those with associate or partial college degrees making up the rest.

Summarily, employees seem to be very satisfied with their jobs, with 94% once again indicating they will still work in some capacity for their current employer.

As for questions regarding training and professional development, there were only a fraction of percentage point differences in answers to questions such as initial job training, ongoing training, and the ability to explore other positions within the company, with one happy exception being that this year, 3.6% more respondents said that their employers provided training or education to help them balance their work and personal life (37.1% vs. 33.5%).

Overall, in most categories, there have been either minor changes or trends consistent with those seen over previous years.

To those who participated in this year’s Salary and Employee Satisfaction Survey, thank you. We look forward to revisiting this topic next year and hope for your participation again.