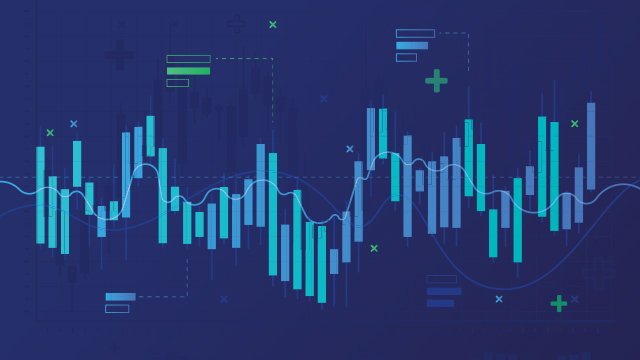 We asked Lab Manager readers to tell us about their current lab purchasing trends, their motivations behind purchases, and what changes they have seen or anticipate seeing in their lab’s budget. A total of 774 individuals responded, with almost 60% of these individuals holding managerial roles. Looking at the demographics of survey respondents, almost one-third are in roles focused on research and development. Other major categories include quality assurance/validation and operations. Almost all research industries are represented, including biological science, chemistry, environmental science, engineering, and many more. Interestingly, approximately one-third of survey respondents work for colleges or universities. A further 15% work for hospitals or medical centers.

Overall, the results of the survey show better business conditions for labs, more spending on all categories of lab budgets, expansion of existing labs, and initiation of new labs. However, the survey results also emphasize the limitations in spending and innovation faced by labs because of funding challenges.

Net increases in spending over the last year and in the next 12 months were reported for every category except outsourcing. The largest net increase in spending was seen for commodity/consumable products and for raw materials. These increases were consistent from last year to next year.

Interestingly, more labs are increasing their budgets for certain categories in the coming 12 months compared with the last year. Categories showing increased spending include education, new research projects, employees, existing research, new lab technology, and staff compensation. These results demonstrate the anticipated growth in the industry over the next 12 months.

The only category that saw a net decrease in spending among survey respondents over the last year was outsourcing. This category also saw the lowest predicted net increase in spending over the coming year. Approximately 65% of those surveyed outsource laboratory activities and the most commonly outsourced services include information technology, quality and assurance testing, and accounting and payroll.

Interestingly, respondents noted in the comments section that they are actually looking to purchase new equipment to eliminate outsourcing. The ability to conduct assays in-house saves on expenses such as labor costs and decreases turnaround times. Having the capacity to conduct analyses in-house could also provide a source of revenue for labs, as they could become a site for outsourced experiments.

The financial concerns of respondents were evident throughout the Lab Manager purchasing trends survey. More than half of those surveyed noted cost reduction as a significant concern when purchasing products for their lab. Looking at the top factors considered by respondents when making purchases, more than 75% marked the price and value of vendor’s products as well as the long-term efficiency and operating costs as being very important.

The other top considerations when purchasing also point to this resource-saving attitude. Almost 75% of respondents agreed that after-sale support, maintenance, and warranty are very important to consider when purchasing new equipment. These features ensure the longevity of equipment and limit the need for out-ofpocket replacements and repairs.

Being that so many labs are concerned about cost reductions, purchasing used lab equipment makes sense. It is therefore unsurprising that nearly 39% of survey respondents purchase used lab equipment, with almost all of these individuals citing the main reason as wanting to save money. Other reasons for purchasing used equipment include limited use of the instrument, short term need, and not requiring the features that come with newer equipment.

Based on respondent comments, labs appear to be in one of two phases: a maintenance phase or an expansion phase. Labs in a maintenance phase are focused on replacement only as necessary. For example, more than half of survey respondents are very likely to spend money on chemicals and biochemicals in the next year, but they are much less likely to purchase other equipment or materials. Respondents indicated in the comments section that this is because of funding limitations rather than lack of need.

For this reason, equipment purchases are limited to replacing broken or obsolete equipment rather than adopting new technologies. This is an unfortunate indication of the poor funding climate in certain research sectors.

Of those who responded to the survey, 25% listed that their lab is in expansion or growth mode. Several other survey indicators point to this pattern of growth. For example, 22% of respondents said that they had increased their lab’s research budget for hiring additional and replacement staff. Additionally, 24% of respondents said they anticipated an increase in their lab’s research budget for this category in the coming year.

Other areas of growth include infrastructure, as about 20% of respondents said their lab budget for building or setting up new facilities had increased in the last year. Similarly, 19% of survey respondents anticipated an increased budget in this area for the coming year. Potentially the most exciting finding is the investment in new research projects. Of those surveyed, nearly 19% reported an increased investment in new research projects over the last year and 19% predicted an increased budget for this category in the coming year. These results indicate that not only are labs physically expanding, but they are also growing into new research areas.

Looking at respondent’s comments, labs in this state of growth are making purchases to expand into additional areas of research and expertise. They are also interested in technology that will increase their throughput and efficiency. This might also include upgrading or modernizing to faster instruments.

One way to increase lab throughput and efficiency is to adopt automation. Approximately 11% of survey respondents reported that they are very likely to purchase lab automation such as auto liquid handling systems, robotic systems, and autosamplers in the next 12 months. Several individuals specifically mentioned in the survey comment section that their labs were interested in automation. Employing this type of technology can lead to increased throughput because of increased instrument uptime. Using automation can also lead to increased efficiency while freeing up lab workers for more skilled tasks.

Even in this challenging research and funding climate, a pattern of growth can still be seen, with labs expanding and new labs starting. However, funding limitations are also having an impact, preventing researchers from purchasing new equipment, and instead forcing them to prioritize some research activities over others. Based on survey results, labs that are decreasing their budgets for spending categories are actually in the minority, indicating a healthy research environment. With the expanding lab industry, we can expect to see exciting results and innovations over the coming years.

Three Keys to Getting Better Ideas

Three Keys to Getting Better Ideas