The world is experiencing an increase in environmental threats, from everyday plastics pollution to climate change and severe weather events. These challenges are evident. However, their connection to our health and quality of life is less well understood. While a relationship between environmental exposures and our health has been proposed for decades, scientists are working quickly on exposomics research to better understand the nature of emerging environmental threats and their links to impact on our health. In a recent podcast, director of global environment and food applied markets at Agilent, Tarun Anumol, and two other experts from academia and policy, discuss their unique perspectives on this topic and their work to advance an understanding of emerging threats to our environment with the ultimate goal of protecting our planet and our health.

Understandably one of the largest threats to our environment is pollution or more specifically, chemical contamination, and those in the environmental field are working hard to better understand the fate and effects of new, emerging contaminants that we didn't know were present in our environment until recently. In the podcast, Anumol explains, “…as we've had rapid globalization and industrialization, we've created a lot more products both for industrial processes and for personal use, that have made our quality of life better, but this also means that we've released a lot more chemicals into our air, water, and soil.”

The ubiquity of these contaminants and our limited understanding of their true impact, he added, poses a threat to human health. These compounds are present across the world, but we don’t yet have a full understanding of their toxicity, which is an issue given the rate at which we are expending these compounds into our environment. Anumol points out that one of the biggest challenges in addressing the issue is that many of the chemicals entering the environment have intended benefits when created, such as pharmaceuticals, so we cannot simply stop using them. Rather, we need to find new ways to mitigate their effects. Failing to control emerging contaminants could not only lead to severe contamination of our soil, water, and air. Still, it could also have unintended consequences wherein the products that we create become no longer useful for their intended purposes.

Continuing with the example of pharmaceuticals, although they are created to improve health, Anumol mentions, “Their overuse could lead to microbes becoming resistant against them. This is an issue—antibacterial or antimicrobial resistance—as these same microbes, that pharmaceuticals are created to fight, may become resistant against them because they are exposed to them so much.”

Studying these contaminants comes with its challenges, as specific equipment is required. Anumol shared that analysis of emerging organic contaminants must be conducted at very low, typically nanogram per liter levels, as some of them are toxic even at such low concentrations. He explains, “The gold standard for analysis of these emerging organic contaminants at least would be the use of a tandem quadrupole mass spectrometers, or MS/MS that is coupled to a gas chromatograph, or GC, or a liquid chromatograph, also known as an LC.” He adds, “Typically, these instruments can simultaneously measure hundreds of these emerging contaminants at the same time.” High-resolution mass spectrometers like quadrupole time-of-flight (QTOF) instruments, along with the software they are built with, are also powerful tools to identify new and emerging contaminants that we did not yet know were present in the environment.

Building on Anumol’s conversation on emerging contaminants, Susan Richardson, professor at the department of chemistry and biochemistry at the University of South Carolina joins the conversation to discuss her expertise in environmental, analytical chemistry, particularly using high-resolution mass spectrometry to identify unknown contaminants in drinking water with a focus on disinfection by-products (DBPs).

The study of DBPs—a type of emerging contaminant in our water systemsis—a growing area of interest. Richardson explains, “We used to have millions of people dying from waterborne diseases…so it is hugely important to try to remove those pathogens.”

“DBPs are formed by the reaction of disinfectants added to water to kill pathogens like chlorine, chloramine, ozone, chlorine dioxide, and even UV light with naturally occurring organic matter present in our rivers, our lakes, and even in groundwater,” Richardson continues. “These contaminants are an unintended consequence of trying to make drinking water safe during the water treatment process.”

The specific health implications of DBPs can range from bladder cancer and colorectal cancer, to miscarriages and birth defects, but “the important thing is, we don’t know which DBPs are responsible still, and that’s been the crux of my research, trying to find out which DBPs are the bad actors, which are the ones that are most toxic,” says Richardson.

This continuing research is so important as it not only helps to identify DPBs, but it also helps inform policy to regulate them. “The EPA likes to have very hard data before they propose to regulate any new DBPs, but I can say that, for sure, the EPA’s been following our research and is making decisions partly based on our research. And in fact, I would say our discovery of these very toxic iodinated disinfection by-products has very much influenced their thinking,” Richardson says. Using these techniques, Richardson and her team are leaders in putting unregulated DBPs on the map.

In addition to exploring micro-sized threats to our environment, policymakers like Gerardo Sanchez Martinez, a senior advisor at UNEP DTU, are working to find solutions to larger-scale threats, including the health implications of climate change. In his work at the UNEP DTU, Martinez collaborates with international organizations like the World Health Organization as well as with national governments to advise on policy and international guidelines. Typically he describes his expertise as “the interface between health, environment, and economic systems. I focus particularly on the health effects or health impacts of climate change, and how to prevent those health impacts through both preventions at public health level, and also at the broader policy level.”

When asked whether climate change is an issue to human health, Martinez answers, “Climate has changed throughout history, but now it’s changing fast and globally. We know pretty well that it’s due to human activity … it’s changing fast, and it’s very dangerous because climate affects almost everything we need. Water, food, clean air, and we also are seeing that there are a lot of more dangerous climate extremes like floodings and strong storms and heatwaves.” At a species level, he adds, there is a clear existential threat posed by climate change as seen, for instance, by the increase in the number and intensity of heat waves in recent years. The direct effect of this extreme heat has led to scarcity in drinking water, and difficulty in providing water and safe sanitation.

“I think what most people need to understand about the environment, human health, and also economics is that you cannot separate those systems,” says Martinez, providing the example of the expansion of tick-borne diseases in North America and Northern Europe. He continues, “Both in North America and Northern Europe, there has been an expansion of tick-borne diseases. We have pretty good evidence that to a large extent, it is driven by climate change, and that is increasing not only the range of the ticks but also their activity, and as such we’re seeing a lot more cases of tick-borne diseases, such as Lyme disease or tick-borne encephalitis. So, it affects health in many, many different ways. We are just only starting to understand the extent of those impacts.”

Interacting with our environment

It’s clear that our environment and our health are inextricably linked and that we, on an individual, organizational, and societal level are responsible for protecting them. While this is an extremely complex issue, it’s of critical importance to our wellbeing and that of our planet that we put in the work to understand and address threats to our environment. There is comfort and inspiration to be found in the work of people like Susan Richardson, Gerardo Sanchez Martinez, and Tarun Anumol. They identify specific threats and are working to solve them through ingenuity and hard work. Only through the advancement of technology, continued research, and science-driven policy, will we continue to change the way we perceive and interact with our environment. 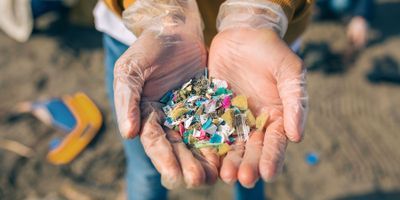 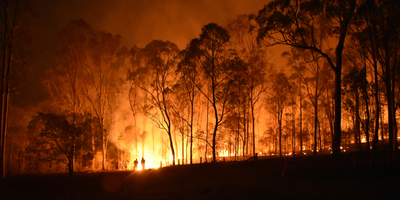 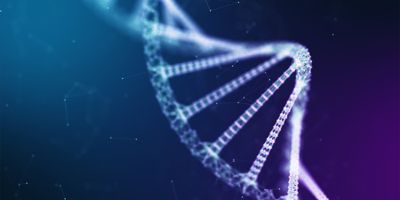 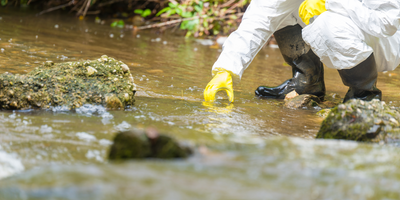 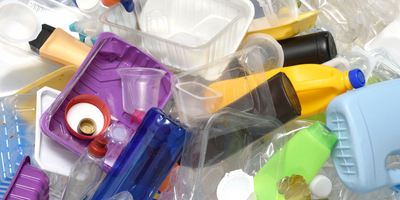 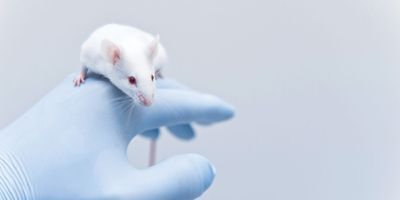