The term “entourage effect” describes the combined effects of cannabinoids and terpenoids on the consumer’s psychological perception of different cannabis varieties. Each variety, or strain, contains varying concentrations of cannabinoids, including psychoactive tetrahydrocannabinol (THC) and non-psychoactive cannabidiol (CBD), and has a unique terpenoid profile. As such, consumers are able to choose cannabis based on a desired effect, such as relaxation, and a specific aroma. Despite widespread information on the characteristics of different strains, the underlying genetic information accounting for these differences remains poorly understood.

Genetic testing will prove beneficial for cannabis breeders, producers, and consumers. In their recent work, Bernd Markus Lange, PhD, professor at the Institute of Biological Chemistry, and director of the M.J. Murdock Metabolomics Laboratory at Washington State University, and Anthony Smith, president and CSO, EVIO Labs, Inc., along with their colleagues, analyzed metabolic and transcriptomic data sets to differentiate cannabis strains. Their findings are relevant for the development of new cultivars, and can help to ensure consumers select appropriately labeled products. Further, for breeders and producers, the ability to determine the sex and cannabinoid type of young plants is crucial. Jacob Toth, a doctoral student in Dr. Larry Smart’s lab in the School of Integrative Plant Science at Cornell University, and his colleagues, developed high-throughput assays for this specific purpose.

A Quick Lesson in Plant Biology

Cannabinoids and terpenoids are primarily concentrated in cannabis flowers, specifically within the glandular trichromes. “Glandular trichromes are modified hairs and have a fairly broad occurrence across flowering plants. Some glandular trichromes have evolved into specialized anatomical structures whose primary function appears to be the synthesis and storage of sometimes complex mixtures of metabolites as oils or resins,” explains Lange. Despite their concentration within the same structures, cannabinoids and terpenoids do not share biosynthetic pathways. However, “the biosynthetic pathways share many of the same chemical building blocks,” says Smith. “Sesquiterpene and monoterpene compounds are both enzymatically synthesized from an isopentenyl diphosphate (IPP) precursor. IPP is also a fundamental building block giving rise to the side chain portion of most cannabinoids,” he explains.

Cultivars are plants that share morphological, physiological, and chemical characteristics, and maintain these characteristics through reproduction. As such, cultivars are defined by phenotype, not genotype. A chemotype (or chemovar) is classified based on chemical composition, including cannabinoids and terpenes. “It has been known for many years that there are several distinct chemotypes in cannabis based on the cannabinoids they produce. Three important chemotypes are mostly THC (type one), about equal THC:CBD (type two), and mostly CBD (type three),” explains Toth.

Genetics are what determines the plant’s chemotype. “The genetic basis of these chemotypes have been worked out by other groups in the recent past, and there turns out to be a single major locus that determines these chemotypes,” explains Toth. “We found that some cultivars being grown for CBD production are segregating for this locus, meaning that some of the individual plants produce just as much THC as CBD, or even mostly THC,” he adds.

Toth makes another important observation: “Beyond the segregation for chemotypes in commercial cultivars, we saw that even in chemotype three plants, which produce mostly CBD, the amount of THC is directly proportional to the amount of CBD. This means that any plant that produces more than a certain threshold of CBD, about seven percent, will also produce non-compliant levels of total THC.”

This is problematic for growers who must remain compliant, and highlights the need for a way to identify plants that will produce too much THC. This led Toth and his colleagues to develop assays to identify plant sex and cannabinoid type. “Other assays have been published for sex and cannabinoids type, but modern breeding requires high-throughput assays,” explains Toth. “PACE (PCR Allele Competitive Extension) is a high-throughput fluorescence-based assay system and is relatively inexpensive compared to other methods.”

Using RNA-seq and algorithms, Lange, Smith, and their colleagues identified distinct gene networks in cannabis strains. “The description of gene networks in our study was based upon algorithms that identify transcripts that are co-regulated across multiple cannabis strains,” explains Lange. “In other words, we were asking if there are transcripts whose expression is enriched in cannabis glandular trichromes, regardless of the strain investigated.”

According to Lange, RNA-seq offers some advantages over other genotyping methods: “Classical genotyping usually focuses on a limited number of known gene targets in which single nucleotide polymorphisms might be indicative of variation across strains or cultivars. RNA-seq does not require any prior knowledge and provides a sensitive and accurate account of all genes expressed above a certain threshold in the tissue or cell type under investigation.”

In addition to RNA-seq, they separated and quantified cannabinoids and terpenoids using gas chromatography (GC) and liquid chromatography (LC). “Terpenes are rather volatile, so GC is a very efficient and accurate means of analyzing these compounds,” says Smith. “While GC is also suitable for cannabinoid separation, a number of cannabinoids are more efficiently separated and analyzed using LC—especially the acid forms.” Results revealed a tight correlation between biosynthetic genes and cannabinoid and terpenoid products. “Our work demonstrates that, by analyzing metabolic as well as transcriptomic data sets, cannabis strains can be differentiated unequivocally,” says Lange.

How Genetic Testing May Impact the Cannabis Industry

From cannabis breeders and producers, to sellers and consumers, the benefits of genetic testing span the entire industry. According to Lange, “the cannabis industry as a whole (at every level of the value chain from growers to producers to consumers) will benefit from being able to label strains (and eventually cultivars) correctly.”

“Combining metabolic and transcriptomic data provides a means of unifying consumer needs (unique chemotype cultivars) with cultivar developer needs,” says Smith. He explains how metabolic data and genomic or transcriptomic data may serve different purposes. “Chemotype (metabolic data) will always be the benchmark for investigating and developing cultivars for consumer interests and therapeutic needs—the ratio and abundance of terpenoids and cannabinoids drives product preference and therapeutic research,” he explains, whereas “genomic and transcriptomic data are the markers that cultivators require to validate their cultivar breeding and engineering efforts.”

Toth believes that the genetic information obtained from high-throughput assays, such as PACE, will be especially useful for cannabis breeders and suppliers. For example, male and female cannabis plants are very phenotypically similar until they mature and begin to flower. “Being able to test the cannabinoid type and sex of a plant will be important for breeding, because it allows tests on very young plants. This allows separation of male and female plants at a very early stage,” says Toth. Further, immature plants produce small amounts of cannabinoids, and this cannabinoid profile may differ when the plant is fully mature. “Genetic testing also allows assessment of cannabinoid type in male plants, which is difficult to do phenotypically. Being able to remove undesirable plants without expensive phenotyping is a major benefit to genetic testing,” explains Toth.

Cannabis genome testing provides a wealth of valuable information. From helping growers remain compliant with respect to THC content, developing new cultivars, and helping consumers make informed purchasing decisions, the plant’s genetic information is key. However, as Lange notes, “high quality, chromosome-level assemblies of genome sequences have become available only recently,” and “we are just behind the curve on making the best use of sequence information in cannabis.”

Similarly, Toth says: “It is something of a Holy Grail of plant breeding to have a perfect map from genotype to phenotype,” but he adds that thanks to increased data obtained from genomics and phenotyping, “we are making progress.”

There are also some practical issues that will have to be addressed. “There are issues with genetic testing, including that samples can get mixed up from the plant to the lab, that some tests can require specialized equipment, and that the cost per sample might still be too high for commercial growers,” explains Toth.

According to Smith, “the technical and methodological challenges of cannabis genome testing are roughly similar to any other plant; however, there remains some legal challenges.” Lange adds that “the legal requirements for cannabis testing differ by state and have been in constant flux. Inconsistencies and lack of predictability of the regulatory environment are among the challenges facing everyone in the industry.” 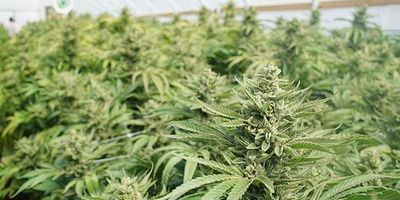 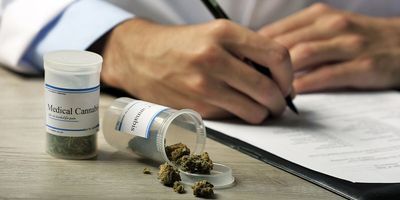 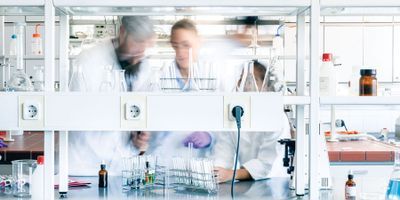 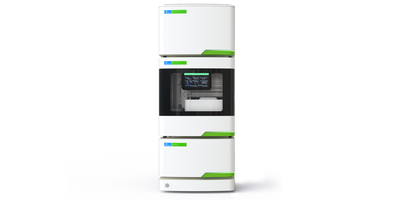 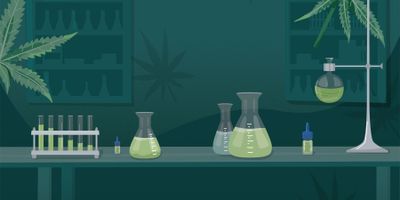