In 2017, Dayana Krawchuk was scanning Twitter for hashtags related to the work conducted at The Jackson Laboratory ( JAX) when she came upon a tweet that mentioned needing a mouse. The tweet turned out to be from a father whose daughter suffers from a rare neurological disease, known as KAND, looking for a mouse model, a lab mouse that can be used to study human illnesses.

“We can often create a mouse with the same human mutation and then study the mouse to understand better the human disease,” says Krawchuk, digital marketing manager at The Jackson Laboratory. “A mouse didn't exist for this and he thought that this would be a great way to start research to help his daughter and other people.”

Krawchuk connected that person to JAX researcher Cat Lutz, who runs a rare and neurodegenerative and neuromuscular diseases research center with available funds, and they began collaborating to build mouse models for this disease. All of this happened because Krawchuk found the hashtag on social media.

In addition to monitoring social media to stay abreast of related research, Krawchuk and her colleague Grace Scott, social media and public relations specialist at The Jackson Laboratory, ensure that relevant lab research is shared with other scientists and the general public through these channels, and consider it the best way to connect with a wide audience.

“We're at a point where, if you're not biting the bullet digitally, then you kind of don't exist anymore,” Krawchuk says. “People aren't looking up things in print as much as they used to, especially in research. They are going to Google and they're going to Twitter.”

To that effect, social media has become a conduit for lab professionals to reach—and learn about and from—one another, share ideas, and help the overarching goal of science, which is to advance our understanding of the world.

“For us, our Twitter account has been a great way to interact with the scientific community and the public about our research and what goes on in our lab aside from research,” says Kim-Marie Dam, a PhD candidate at the California Institute of Technology who co-runs the social media effort at The Björkman Lab at Caltech. “It has also given us the opportunity to connect and learn from other scientists and labs from around the world about all of the interesting research that’s happening. I would recommend all labs and scientists to become part of the social media community so we can all stay connected.”

The Björkman Lab researchers focus on studying the molecular structures of both viral proteins and the antibodies that the human immune systems make that bind to and neutralize viruses. In some cases, the lab scientists try to utilize this structural information to design vaccine candidates. Among the lab’s projects are those related to the HIV, HCV, influenza, and Zika viruses. The team is also working on research associated with SARS-CoV-2, the virus responsible for the current pandemic, making it especially important for them to be tuned into ongoing and critical science that is happening in real time, an opportunity afforded by the speed that social media can provide.

Although the social media team at the The Björkman Lab finds Twitter to be the only tool they currently need, Krawchuk and Scott at JAX utilize a variety of mediums to interact with the virtual world, including LinkedIn, Facebook, Instagram, and even TikTok. Depending on what kind of message they want to get across and the audience they are trying to reach, the duo will alter the medium and language appropriately. In general, though, they find the very technical language of research often needs to be simplified.

For example, when a JAX researcher has a new publication in a journal, the lab’s editorial team will put together a short, easy-to-read piece that the social media team can alter and share on various social media channels.

“What's really interesting is when we're writing out a promotion of one of these articles, we often change our language for the different audiences,” Krawchuk explains. “Facebook is going to be our simplest language, it's going to be asking questions like, ‘have you thought about this,’ or, ‘how can we solve this problem?’ And then introduce the article, whereas on LinkedIn, we can kind of be as crazy specific as we want to: We can use gene names and we can go deep into research acronyms, and they [the audience] appreciate that, because they are maybe a little more attuned to the science of it.”

On Instagram—Krawchuk’s favorite channel at the moment—the team gets to have a little fun and change things up a little. For that medium, she and Scott think about how to tell a story with a picture, an important part of the team’s Instagram strategy.

“It’s where you can talk about yourselves as people,” Krawchuk says. “You're not so much a company or organization anymore, you're this lab tech [or] grad student. What we're highlighting or talking about is a person.” The team also utilizes YouTube by putting out short videos to explain a topic by answering simple questions in around one minute.

Morgan Abernathy, a PhD candidate at the California Institute of Technology who co-runs the social media team with Dam at The Björkman Lab, explains that their strategy is to combine all their ideas and convey them via just one medium.

“We only use Twitter, which I think is suited for the type of mixed words/links/picture media that we are trying to share,” Abernathy says. “I also think Twitter is a good platform for labs just because all the other labs are also on Twitter so it’s a great place to learn about, and connect with, other labs as well.”

In addition to discovering and conveying information, labs can use social media to enlist potential talent. For Abernathy and Dam, this was actually the impetus to join Twitter.

“We wanted to use it to recruit a post-doc to our lab (although we never actually did this),” Dam explains. “To recruit new members of the lab, we have shared the job posting on the Caltech website with a description of what primary skills we were seeking.”

While the motivation for having the account didn’t materialize as intended, the team continues to post links to vacancies for research technician positions in the lab. Professors also advertise post-doc positions on Twitter. Such postings can be a valuable tool for incoming students and technicians who want to join a lab team.

“I would definitely recommend to incoming graduate students and post-docs to check the social media pages of the labs you are interested in joining,” Abernathy says. “I remember how frustrating it was to try to decipher if a lab was actively taking students or even still doing research from a lab webpage that hadn’t been updated in several years. Social media can get you far more up-to-date information, as well as a better handle on the atmosphere or environment of the lab.”

In addition to job postings, Abernathy and Dam use their Twitter account to report important findings, interact with other scientists, share news related to the lab, and read stories from underrepresented scientists that they may not otherwise hear about.

For JAX, the recruiting mostly happens on LinkedIn—all of which is automated and goes through the HR recruiting department. For high-level positions, however, or ones that they want to fill quickly, they might take to other social media channels like Twitter and Facebook. This is especially important to the team as they get to show potential candidates what the science is about and what the lab is doing.

Unlike pre-internet times, when scientists and lab technicians could work without constant connection to others, the world is now linked in ways that, for the most part, require some form of engagement with others through the social media sphere. Having an online presence helps not just laboratories and organizations but also the researchers and technicians themselves—this is especially pertinent as the world struggles with a pandemic that affects all sectors, including labs, many of which are engaged in relevant research and testing.

“Our Twitter account has been such a great asset to our lab in the age of the current COVID-19 pandemic,” says Dam. “With the quarantine regulations, it was challenging to stay connected to what was going on in the scientific community, but our Twitter account allowed us to learn about the subsequent burst of COVID-19-related research and share our own work on SARS-CoV-2.”

It can also highlight quality work: “I think some people are nervous or wary—but if you say your opinions are your own, and you say you work at JAX, then I think it's good press for both you and the institution,” Scott says.

But even if the researchers choose not to fully engage in the online conversation, or have a presence on all the channels, having at least a Twitter account can be beneficial to the science and learning about the struggles of working in the lab.

“I cannot emphasize enough how incredible the community is for science on Twitter,” Krawchuk says. “People will also give these personal experiences that are so deeply relevant to others, that if you're not reading those or participating in those, you're really missing out. I've learned so many things about just the process of becoming a scientist." 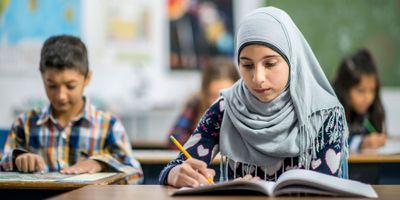 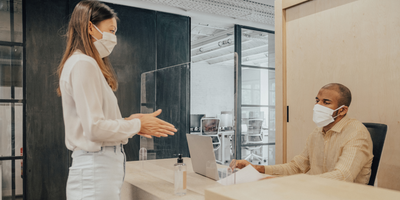 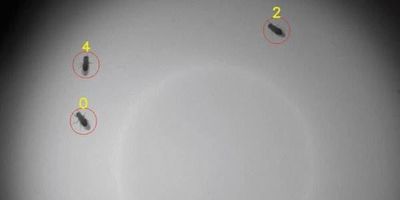 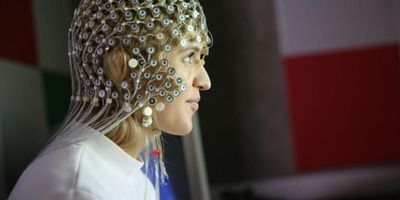 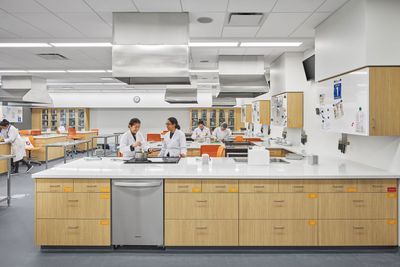 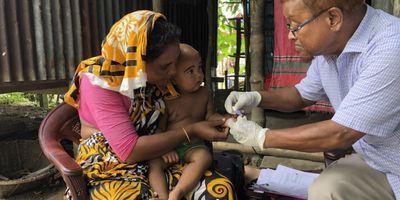