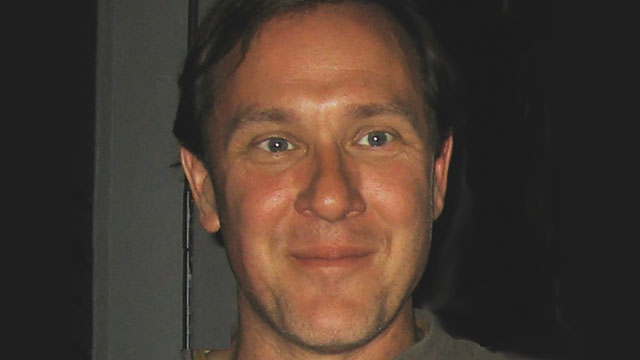 Gary Siuzdak, PhD, professor and director of the Scripps Center for Metabolomics at The Scripps Research Institute, talks to contributing editor Tanuja Koppal, PhD, about his work developing novel mass spectrometry-based (MS) approaches for metabolomics and nanostructure-based MS imaging. According to him, while innovations in instrumentation for MS are exciting, the next frontier lies in data analysis and integration using cloud-based computing.

Q: Can you share some details about the work being done at your center?

A: We are involved with a wide variety of research projects that are funded by the National Institutes of Health, the Department of Energy, and the Department of Defense. The topics range from bioremediation to studying cancer, microbiota, neurodegenerative diseases, and stem cells. There is also a component of the lab that is dedicated to doing routine types of analyses for clients. We are very diverse in what we do, and hence use many different types of LC, GC, and imaging MS for analysis. We have 25 different mass spectrometers in our lab, including multiple quadrupole time-of-flight (Q-TOF) MS, triple quadrupoles, ion traps, and TOF-TOF instruments. We are also developing new technologies, including nanostructure imaging mass spectrometry (NIMS), a matrix-free solution for tissue imaging, activity screening, and analyzing nanoarrays. However, our primary field of work is metabolomics, especially the bioinformatics side of metabolomics and its application.

Q: Why is MS such an important tool for metabolomic research?

A: MS is extremely valuable for metabolomics because of its high mass accuracy, sensitivity, and quantitative capabilities, and it’s also very comprehensive in terms of the number of molecules it can analyze in a single run (thousands).

Q: How has MS improved over the years?

A: The sensitivity and reliability of MS have dramatically improved in the past decade, along with its ease of use. One of the interesting things about MS is that the technology has matured to such an extent that it has opened up all sorts of new applications. However, the one thing that still remains a challenge is the ability to share your data with your colleagues. Sharing data is still a challenge because the software being used on each end is often different. Hence, cloud computing is becoming very valuable.

Q: Can you tell us how you are using the cloud to help with your MS analysis?

A: We are using the cloud for XCMS, a widely used data analysis/bioinformatics platform we developed. With XCMS, all the MS data is available online and therefore immediately accessible to anyone with the appropriate permissions. Users can get direct access to their data via this cloud-based system without downloading any software programs. All they have to do is register online and they immediately will be able to see the data and the statistical analyses. There is a tremendous advantage to using this cloud-based system, an advantage that is reflected in the number of users, now approaching 10,000. Using the cloud is cheaper too; software redundancy is not needed when you are working in the cloud.

Q: What can you do using XCMS?

A: XCMS was the first platform designed to decipher metabolomic data. It was developed nearly 12 years ago as a downloadable software in our lab, and four years ago we turned this into a cloud-based system, XCMS Online (xcmsonline.scripps.edu). XCMS allows anyone to take MS-derived metabolomic data and perform statistical and comparative analyses. And while it was originally designed for biomarker discovery, we are now seeing it applied to forensics, the food industry, agriculture, cosmetics, and disease pathogenesis.

Q: Have you addressed the issues around data security when working in the cloud?

A: We have endured a number of [cyber] attacks in the past and have learned from our experiences; we believe we have a very secure system. However, there are labs and companies that do not want their data exposed in the cloud, so in designing our system we have simultaneously developed a personal cloud where individuals or companies can set up a version of this XCMS software within the firewall of their own organizations. This is the commercial version called XCMS Plus.

Q: What are some of the limitations with working in the cloud?

A: One limitation is the amount of time it takes to upload the data, which is very location-dependent. If the connection is fast, it will take only a few minutes, but in some countries it can take hours to upload data. Now with XCMS Plus (the personal cloud), individuals can upload as much information as they want because they own the cloud.

Q: What are some of the recent innovations in MS that have transformed its use?

A: The ability to perform high-throughput, quantitative analysis as well as the ability to do imaging with high sensitivity has been transformative. Now you can image all types of tissues or arrays in a relatively short amount of time. However, the real breakthrough has been with the application of triple quadrupole technology, a technology that has become so sensitive and robust that it’s being widely applied to many different areas, especially clinical studies. For example, over 50 million clinical analyses are performed each year using MS encompassing applications in neonatal screening, drug monitoring, hormonal testing, and more.

On the bioinformatics side, over the past two decades, new developments have allowed us to quickly identify and quantify proteins and metabolites. The identification of metabolites has been largely facilitated by the first metabolite database, METLIN, which is currently the largest in the world. XCMS coupled with METLIN gives people free access to a lot of comprehensive data and analysis tools.

Q: Can you describe your work with NIMS and how it’s being used?

A: Details about Nanostructure Imaging MS were originally published in 1999 in Nature. Back then it was called desorption/ionization on porous silicon (DIOS). It was the first time that anyone had looked at these nanostructure porous silicon surfaces and seen such a prominent effect in terms of generating ions from them. Since then it has evolved, and now is one of the most sensitive MS technologies due to its efficiency in getting ions into the gas phase.

Q: What would you like to see change in MS?

A: MS is quite good as is, but having a dynamic range of 105 or 106 can be quite limiting. Biological fluids and tissues have molecules that can vary in concentration by 1010 to 1013, so having MS technology that would increase the dynamic range would really be quite beneficial for biological samples. Another big limitation for MS-based imaging technology is that it is typically limited to observing hundreds of molecules, therefore making it much less comprehensive than LC/MS-based technologies. What I would like to see is an imaging technology that would provide a much more comprehensive picture of biomolecules. The other area for improvement is informatics. There are lots of other problems that can be addressed with the right informatics tool, and those seem to be taking a while to come along.

Q: What would your advice be to new lab managers working with MS?

A: I would advise people to talk to their colleagues, attend the American Society for Mass Spectrometry (ASMS) conference, and listen to as many people as they can about their experiences. Only when you hear many different opinions can you make informed decisions. We have a local MS network, called SANDMAN (San Diego MS Analysis Network). In the past we typically had people come and give talks, but now we just meet at a brewery and interact with one another. It’s working out quite well as a learning experience and networking opportunity, besides being an enjoyable event.

Gary Siuzdak, PhD, is a professor and director of the Scripps Center for Metabolomics at The Scripps Research Institute in La Jolla, California (masspec.scripps.edu/) and an affiliate of the Lawrence Berkeley National Laboratory. Gary has also served as vice president of the American Society for Mass Spectrometry. His research includes developing novel mass spectrometry-based approaches in metabolomics, informatics, and nanostructure imaging mass spectrometry.