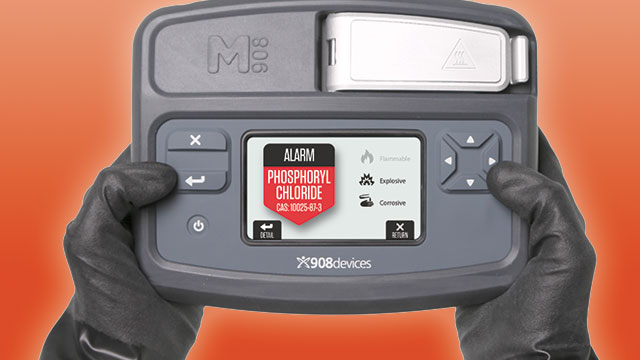 Overall, the size, cost, and complexity of conventional systems typically limit the deployment of mass spectrometry to specialized laboratories. However, many applications do not require this level of complexity, leaving many to wonder how mass spectrometry could be deployed on the workbench of the average researcher.

Solution: Within the past few decades, there has been remarkable growth in the demand for purpose-built and user-centric analytical tools. Personal PCR, flow cytometers, and handheld Raman or XRF tools are all examples of technologies that were complex, specialized, and expensive a decade ago but which are now usable by the average technician. These disruptive developments are deployed in such diverse implementations as life science research labs, first responder HazMat calls, and mining exploration and are operated by users who do not need to be instrument specialists.

Until recently, mass spectrometry had yet to join this analytical revolution. A promising new technique called highpressure mass spectrometry™ (HPMS), commercialized by Boston-based 908 Devices, suggests how the personalized mass spectrometer can become a reality.

HPMS not only allows for several key components of the mass spectrometer to be miniaturized, it also removes the need for large, cumbersome vacuum pumps that limit conventional mass spectrometry approaches. A typical ion trap used in traditional mass spectrometers is roughly the size of a soda can and is a high tolerance, precision assembly. Ion traps used in HPMS, while physically functioning through the same mechanisms, are much smaller—around 1mm in diameter or smaller. This miniaturization directly allows for the mass spectrometer to operate within a much less extreme vacuum—at approximately 1 Torr. This is four to five orders of magnitude closer to atmospheric than a conventional system. In turn, these simpler vacuum requirements can be achieved with a small, robust, and cost effective pump and a much simplified vacuum chamber.

The first implementation of the HPMS platform is the M908, a self-contained handheld tool weighing only 2Kg and battery-operated for around six hours on a single charge. Robust to MIL-spec standards, M908 is used by civilian and military first responders for fast detection and identification of toxic industrial compounds and chemical warfare agents. Beyond M908, HPMS offers the path to simple, personal mass spectrometry implemented in the research or analytical laboratory. The small, robust HPMS engine will allow for tiny footprint, simple-to-operate, and cost effective analyzers, putting mass spec analysis within arms reach of the researcher directly on the workbench.