Stability Chambers provide a controlled temperature and humidity environment. They are perfect for stability tests, e.g. in Pharma or packaging. Other applications include environmental testing or controlled storage.

In the pharmaceutical industry, stability testing helps provide evidence as to how the quality of a drug will vary with time under a variety of environmental conditions including temperature, humidity, and light exposure. This testing must be completed before a drug enters the market.

To test the quality of the drug under specific temperatures and humidities, a batch of the drug of interest is placed in a stability chamber that has controlled temperature and humidity for a specified amount of time. Samples are checked periodically for quality analysis. Because stability testing takes place over time spans ranging from one week, to six months, to one year or more, the stability chambers used need to be reliable and consistent.

The guidelines for stability testing are outlined by the International Council for Harmonisation of Technical Requirements for Pharmaceuticals for Human Use (ICH) and are observed by regulatory bodies worldwide including the Food & Drug Administration (FDA), European Commission (EC), and Health Canada. Six ICH guidelines—Q1A through Q1F—provide the specific details for adequate testing. These guidelines are highly specific and require that the temperature in the stability chamber deviates by no more than 2 or 3°C depending on the condition, and that humidity diverges by no more than five percent. Therefore, stability chambers used for this type of testing need to have low temperature and humidity deviations that have been observed over long testing periods.

The temperature also needs to be uniform throughout the unit. Stability chambers that use traditional non-directed airflow systems use a fan mounted at the top of the unit to push air down through wire shelves. When the shelves are filled with samples, this air movement will be blocked, leading to varying temperature conditions throughout the chamber. This inconsistency could compromise the stability conditions and the stability testing overall.

In contrast, stability chambers that use a horizontal laminar airflow system include a positive pressure feed plenum on one side of the chamber and a negative pressure return plenum on the other to create horizontal airflow directed across the surface of each shelf. Using this method means that, even when the shelves are filled with samples, they will receive a consistent flow of conditioned air allowing for optimum temperature uniformity throughout the chamber and across all samples. Horizontal laminar airflow systems also increase the capacity of the stability chambers by ensuring temperature uniformity even when the shelves are full, allowing for testing of larger sample batches.

Samples can be tested in a stability chamber for anywhere from one week, to six months, to one year or more depending on the type of testing being conducted. If a chamber breaks down, the pharmaceutical lab has potentially lost months of work and will be set back in their timeline, prolonging the time it takes for the drug to get to market. Stability chambers used for stability testing in the pharmaceutical industry must be durable and their long-term performance should be rigorously tested.

Additional features can help pharmaceutical labs feel safe when using a stability chamber. For example, high and low temperature alarms can warn users as to when the temperature is deviating. Even better, remote monitoring systems allow users to track the conditions inside the chamber even when they are not in the lab.

Understanding the Requirements for Photostability Testing 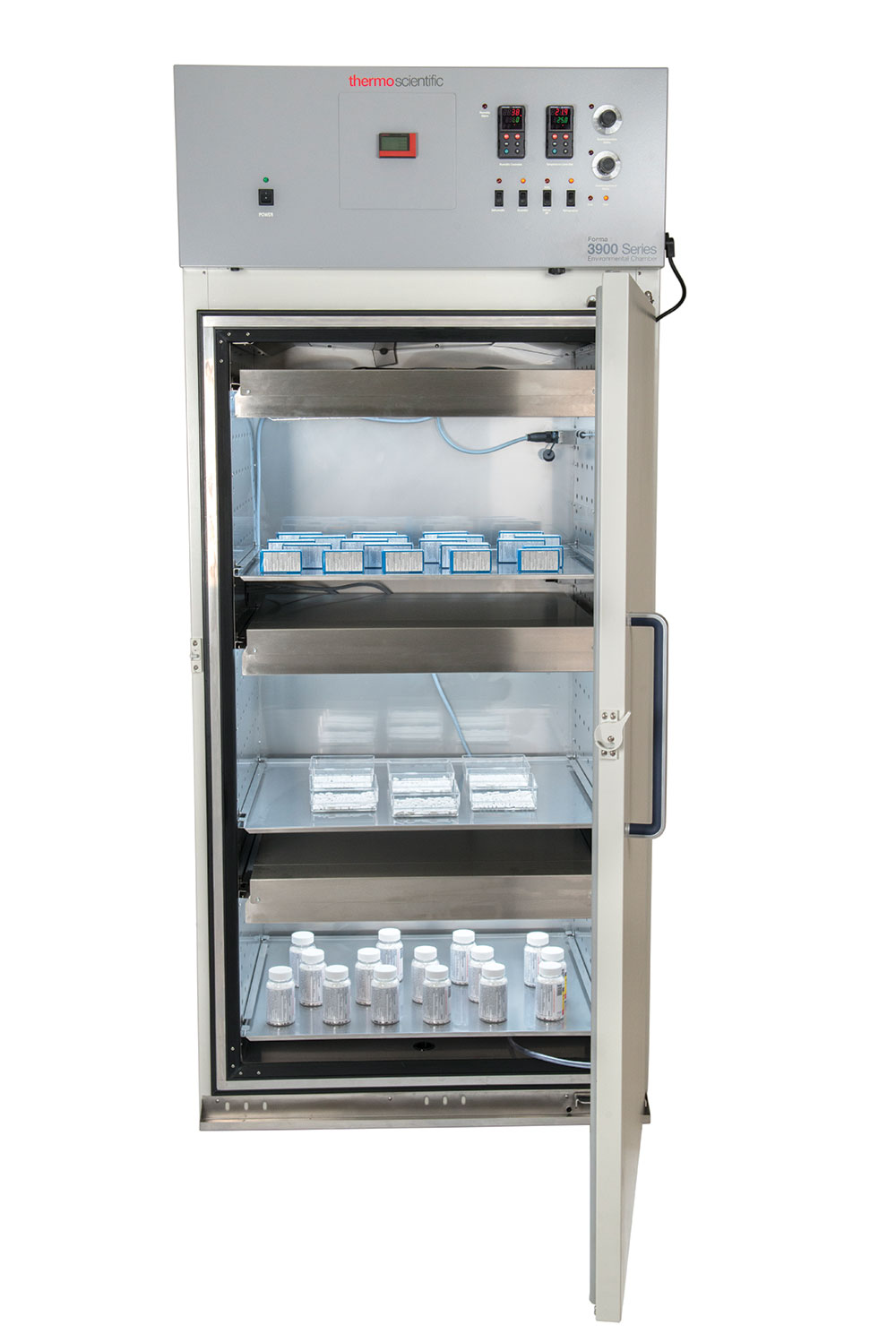 Photostability testing evaluates whether unacceptable changes happen to a drug product when it is exposed to a combination of white light and ultra-violet (UV) light. Stability chambers used for this type of testing need to provide ideal light emissions to meet the ICH requirements of guideline Q1B—they must be able to maintain light exposure of more than 1.2 million lux hours and emit more than 200 watts of UV energy to samples. Unlike stability testing for temperature and humidity, photostability testing can be completed in as little as one week and specific units can be programmed so that the light shuts off when the required exposure has been reached.

One concern when performing photostability testing is safety. Exposure to UV light can be damaging to an individual’s eyes and should be avoided. Chambers where the light switches off automatically when the door is opened will help prevent exposure to UV light and keep your workers safe.

In the rare event that your pharmaceutical lab is not running stability testing, stability chambers can be useful for other applications. For example, because they maintain consistent temperature and humidity, they make great storage vessels for samples that need to be kept in stable conditions.

Stability Chambers That Do It All

Stability testing for the pharmaceutical industry requires a major time investment and choosing the right instrument should not be taken lightly. Stability chambers used to test drugs for stability under varying temperature, humidity, and light exposure need to be reliable, stable, and adhere to ICH guidelines. Stability chambers from Thermo Fisher Scientific fulfill these needs as they maintain consistent temperature over time and throughout the chamber using horizontal laminar air flow and adhere to ICH guidelines and to your needs.