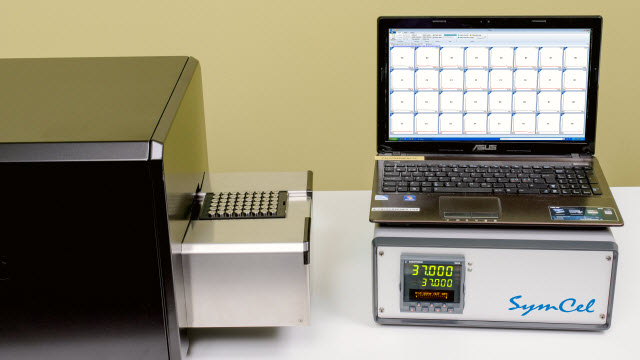 The calScreener™ is the only label-free and non-destructive technology available to researchers that can be used to study the net effect of all cellular parameters at once and in the correct context, regardless of sample composition and morphology.

The trend up until quite recently has been to apply parameter research as the basis for drug discovery. Consequently, individual factors like gene expression levels, protein levels, protein activity, and localization are all measured and extrapolated into in vivo function for treatment in human patients. Essentially, the measurement of factors and levels is limited in time and space and performed, for the most part, in synthetic cell models that are based on the two-dimensional growth of immortalized cell lines—far away from the tissue/organ/whole organism that will eventually be treated, invariably for an extended period.

The new proposition—try and increase the knowledge of cell-response upon treatment and to reduce the gap between synthetic assay conditions and real live response in whole humans. The method for doing this is to introduce the phenotypic assay where the total response of all the mechanisms of life is accounted for. 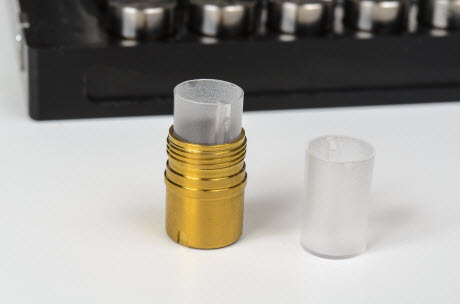 The calPlate™ system is a tailor-made series of consumables for calScreener™ to ensure correct performance of the system.The conventional approach has often been far from satisfactory—trying to extrapolate the effect in a two-dimensional (2D) cell culture to the in vivo human situation has time and again displayed less favorable outcomes. There are many examples where clinical trials have been unsuccessful due to limited toxicological side effects or efficacy. Anti-cancer drug screening performed in oxygen rich 2D cell culture, in which very high specific metabolism gives very different chemical hits compared to the screening on hypoxic 3D cell cultures, highlights the striking contrast. The oxygen-starved situation will be a closer match to the situation in solid tumors in vivo. Performing a metabolism-based screening with phenotype-based readout will provide the possibility to screen closer to the real-life situation in man.

The calorimetry technology providers researchers with a unique upside—it is not parameter testing. CalScreener is the only label-free and non-destructive technology available to researchers that can be used to study the net effect of all cellular parameters at once and in the correct context, regardless of sample composition and morphology. The technology is an accurate phenotype (functional) assay compared to most other technologies that use parameter-based (genotype) testing. Most assays are also predominantly end-point assays, where samples are gathered at one or a limited number of time points—in contrast to calScreener’s continuous kinetic measurement.

The calScreener’s Direct Metabolic Readout (DMR) provides scientists with access to an unbiased assay where the effects of treatment are studied in a correct biological context. This results in greater predictive value for cost-effective and rapid drug development. Key research benefits include:

The next step forward beyond drug discovery, would be to apply the same 3D based assay principle to the testing of actual patient tissue samples to evaluate the best possible treatment based on the real patient response.

As a company, we confidently predict that the recent developments in calorimetric equipment—which enable small volume samples and multichannel equipment to be adapted to microbiological laboratory settings—will lead the way to new 3D assay tools in the development of new cancer treatments. This technology and technique will also serve as a tool for in vitro diagnostics and personalized medicine over time.