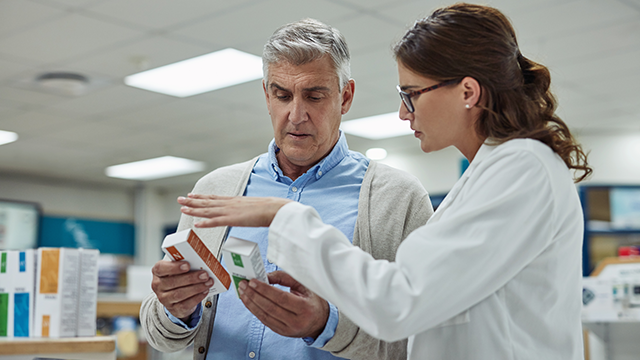 A recent statement released by the US Food and Drug Administration (FDA) alerted patients and health care professionals of a “probable human carcinogen” called NDMA (N-nitrosodimethylamine) found in ranitidine (Zantac), a popular heartburn medication. As a result, many manufacturers have recalled ranitidine products, and many patients and consumers are left wondering to what, exactly, they may have been exposed.

NDMA is an N-Nitrosamine, a class of chemical compounds with an N-N=O structure. These compounds are found in several products including tobacco, detergents, and solvents, among many others. They may also be formed in foods when nitrites react with a secondary or tertiary amine, which often occurs in cured meats containing sodium nitrite as a preservative. N-Nitrosamines may also be produced in the human digestive tract, when ingested nitrates are reduced to nitrite and subsequently react with secondary and tertiary amines, among other substances. The harmful effects of NDMA are due, in part, to its role as a mutagen, causing irreversible DNA changes. Metabolic degradation of NDMA produces carbonium ions, capable of methylating hepatocyte DNA and initiating the development of carcinoma.

The most commonly used system for classifying carcinogens is from the International Agency for Research on Cancer (IARC). NDMA is classified as Group 2A: Probably carcinogenic to humans, meaning there is strong, but not conclusive, evidence that it can cause cancer in humans. According to the IARC Monographs on the Identification of Carcinogenic Hazards to Humans Preamble, this classification is based on the Working Group making at least two of the following evaluations, with one or more involving exposed humans, human cells, or tissues:

Several animal studies have demonstrated the acute and chronic effects of NDMA exposure. It is acutely toxic to rats when administered orally or via inhalation, and has also been shown to induce hepatotoxicity in several other laboratory species. Short- and medium-term exposures ranging from five days to 12 weeks are associated with negative hepatic effects in various species. Other animal studies have shown gastrointestinal hemorrhage and harmful effects in the kidneys, lungs, spleen, and myocardium following several weeks of administration. Rodent studies also demonstrate a consistent carcinogenic effect of NDMA. Ingestion in drinking water and food increased the risk of liver and Leydig cell tumors in rats. The incidence of hepatic, pulmonary, and renal tumors has also been shown to increase in rodents with inhalation and consumption in drinking water. The effects of lifetime exposure to NDMA in drinking water of rats were described in a dose-response study, wherein the incidence of liver tumors was increased and survival rates decreased, in a dose-dependent manner.

In humans, there have been cases of intentional poisoning with NDMA, which resulted in severe liver damage and internal bleeding. NDMA overexposure symptoms include nausea, vomiting, abdominal cramps and diarrhea, headache, fever, enlarged liver, and jaundice.

According to the Agency for Toxic Substances & Disease Registry (ATSDR), there are no reports of NDMA causing cancer in humans. Angiotensin II Receptor blockers, including Valsartan, Losartan, and Irbesartan, were previously recalled for the presence of NDMA, and results of a recent nationwide cohort study designed to assess the cancer risk associated with exposure to NDMA in contaminated valsartan products showed no increase in short-term overall cancer risk. However, an increased risk of some single cancer outcomes was observed, suggesting a need for further investigation.

At present, according to the FDA statement “the levels [of NDMA] the FDA is finding in ranitidine from preliminary tests barely exceed amounts you might expect to find in common foods,” and there is no call for individuals to immediately stop taking ranitidine.