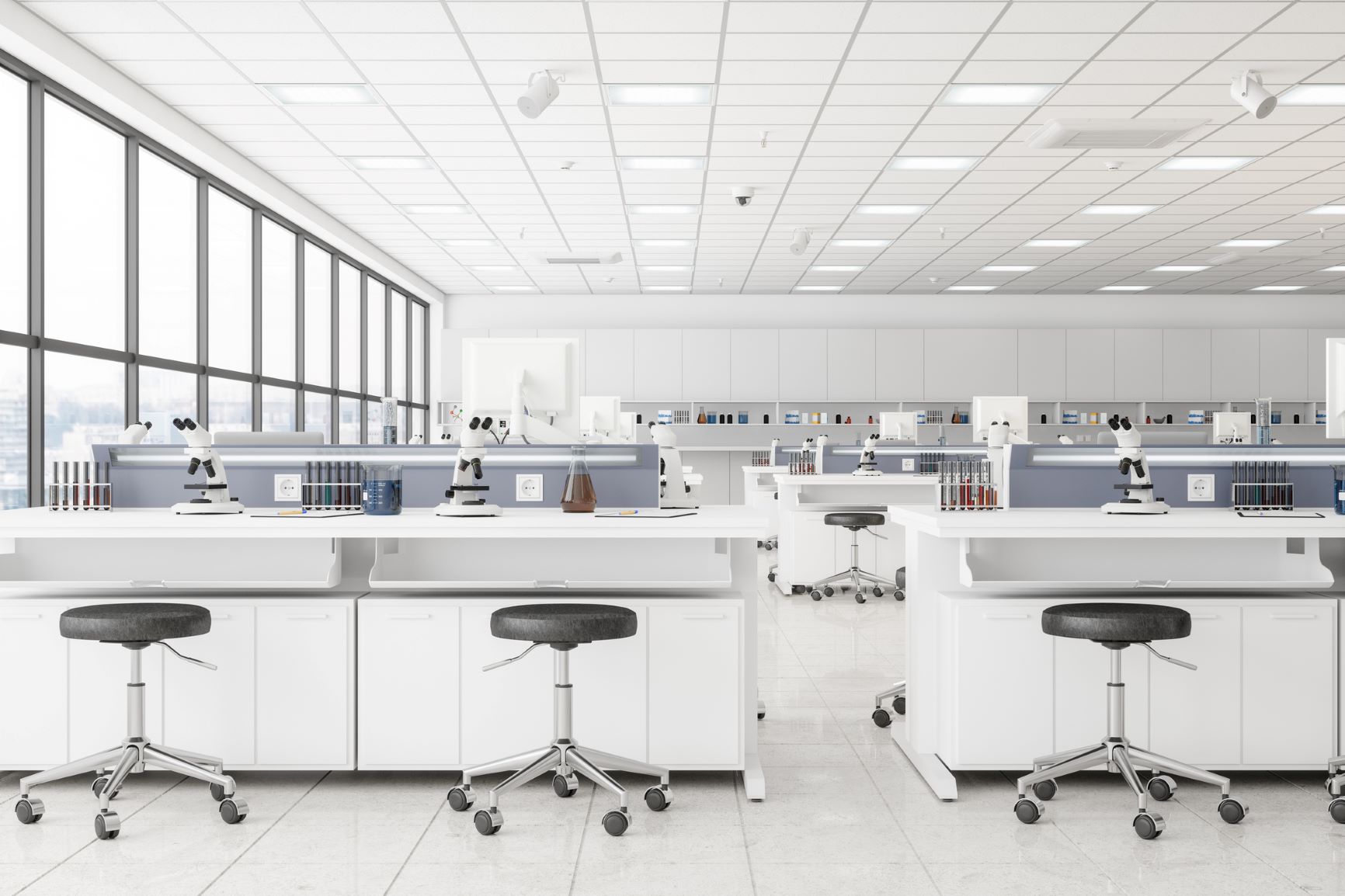 The outlook is mixed for lab design and construction opportunities, according to a quarterly index that tracks proposal activity across various construction markets. Performance data for medical laboratories and pharmaceutical production facilities suggest substantial medium-term and long-term growth, while professionals working in education-based laboratories report weaker than average activity.

Every quarter since 2003, PSMJ—a publisher, education provider, and advisor on architecture and engineering business management—has measured the health of the architecture, engineering, and construction (AEC) industry by collecting proposal activity data from firm leaders. In addition to 12 major markets served by their US- and Canada-based AEC clients, PSMJ tracks the fortunes of 58 submarkets, including some that are completely or partly composed of laboratory facilities.

Among submarkets, the medical laboratory sector has shown consistent strength for several years. Its net plus/minus index (NPMI)—which measures the difference between the percentage of respondents seeing growth in the market and those seeing a decline—was in the middle of the pack for the first quarter of 2021. However, that was off a fourth quarter in which it reported the sixth-highest NPMI of all submarkets.

In contrast, results for education labs have been historically erratic. This includes a stretch of five consecutive quarters, beginning prior to the onset of the pandemic, in which more respondents said that proposal activity was slowing than growing. Education labs broke the streak in the first quarter of 2021, recording an NPMI of 13 percent. However, this was still in the bottom third of all submarkets in a quarter that saw 54 of the submarkets improve on their prior quarter result.

“We tend to see larger swings in lab-related submarkets,” says Greg Hart, a PSMJ consultant and manager of the Quarterly Market Forecast (QMF) survey. “Labs seem to respond more quickly than other submarkets to market conditions, which we believe accounts for much of that volatility. We saw this during the pandemic as medical labs and pharmaceutical projects remained relatively active, while education-based labs struggled.”

Hart adds that all laboratory-related markets will likely see a bounce if President Biden’s proposed infrastructure plan passes. It includes $220-billion for public and private lab-related projects, including $30 billion in research and development aimed at spurring jobs in rural areas and $40 billion to upgrade physical infrastructure of research labs in federal and university settings, according to Roll Call.

The pharmaceutical production submarket, which is composed partly of laboratory work, recorded an NPMI in the top quartile for the first quarter. This marked an impressive recovery from late 2019 when it was among the worst-performing submarkets in the survey. While 62 percent of the respondents that work on pharmaceutical production projects reported growth in the January to March 2021 period, only five percent saw a decline (resulting in its best-ever NPMI of 57 percent).

The PSMJ data indicates that privately funded lab facilities are currently outperforming those that rely on public funds. It also supports a trend seen in some of the leading geographic markets for life sciences development, such as Boston and San Francisco, in which projects originally slated for commercial or residential purposes are being reconfigured into science-based facilities.

David Giangrande, a professional engineer and the manager of Massachusetts operations for Connecticut-based GM2, Inc., says that he has had multiple commercial projects altered midstream in this way. “Projects we were designing a year or so ago for office space or mixed-use retail/residential are now going to be life sciences buildings with lab facilities,” says Giangrande, whose Somerville, Massachusetts-based firm, Design Consultants, Inc. merged with Glastonbury-based GM2 in December 2020. “These are all privately funded projects, and we’re seeing a mixture of lab space, office space, and even manufacturing.”

The lab market boom in greater Boston is the catalyst behind the rapid rise of TRIA, a Boston-based architecture and interior design firm that has grown to 50 people in just six years. Co-founder and principal Jeannie Thacker says that her firm experienced some delayed projects during the pandemic, but remained busy throughout. As the world returns to normalcy, she anticipates a bump in lab development activity in the coming months.

“As we get to the other side of the pandemic, we’re seeing more of our biotech clients getting back to a sense of normalcy, and we’re helping them define what that is going to be,” says Thacker, who held research positions with Harvard Medical School and Takeda Pharmaceuticals before becoming an architect. “They had plans and made investments prior to the pandemic, and they’re starting to ramp back up on the projects they put on hold.”

Thacker notes that more lab-based projects are being combined with the manufacturing function, resulting in different needs for utilities, transportation, and logistics, and other support systems that normally would not be necessary for a lab facility. This ties in with the trend of repurposing commercial buildings, as their size and location facilitate the ability to perform both roles at the same site.

This may also help explain another trend that Giangrande is seeing—laboratory facilities located in the heart of vibrant commercial and retail areas. “They’re not sticking these facilities on large lots in a suburban area or industrial park,” he says. “Lab space can be anywhere. The buildings we’re working on are prominently positioned in central urban locations.”

While the thriving life sciences and lab business has driven her firm’s success, Thacker worries that the recent heightened public interest has tempted many new vendor entrants to the industry. “There’s so much technical expertise required to execute these project types and this surge is stressing an already limited pool of talent,” she says. “Labs are our life blood; it’s what we do and have always done, and we are in it for the long haul. I’m hoping that the pandemic has helped to emphasize just how amazing this industry is, and that we will get an influx of people who are just as excited as we are about the small part we play in getting drugs to patients and advancing scientific discovery.”

Education research is huge with potential to grow

Pharmaceutical Production—PSMJ Quarterly Market Forecast 1Q08-1Q21 (NPMI): Proposal activity for the pharmaceutical production submarket in the first quarter of 2021 was the highest ever measured by PSMJ’s QMF survey.
jerry guerra

All research needs to be considered in context, so it is important to note that the PSMJ data tracks trends in markets and submarkets without regard to their relative size. The QMF is designed to give a longer-term view than most research because it focuses on one of the earliest measurable data points, proposal activity.

Despite the tepid pace of growth for education labs over time, the market is huge. According to a National Center for Science and Engineering Statistics (NCSES) report published by the National Science Board (NSB) in 2020, academic institutions historically perform about 10 to 15 percent of total US R&D, including about half of all U.S. basic research.

“In inflation-adjusted dollars, total academic research and development (R&D) has grown every year since 1975,” the report states. “Academic institutions in the United States performed $79.4 billion in R&D in 2018, and they have long been responsible for performing about half of all US basic research. Nearly two of every three academic R&D dollars supports basic research, whereas both applied research and development receive smaller but growing shares.”

Kevin Hinrichs, president of California-based architecture, interior design, and design strategy firm Taylor Design, says that the market for education labs is in funding limbo as it waits for the smoke to clear from the pandemic. “Uncertainty is the enemy,” says Hinrichs, whose firm’s lab portfolio spans the healthcare, higher education, and government research markets. “States are starting to set their fiscal year 2022 budgets, and their level of higher education funding may largely depend on how well they weathered the pandemic. Federal funding seems likely to increase under the new administration, but It is still in a transition phase, which adds more to the uncertainty.”

The NCSES study (“Academic Research and Development” by Josh Trapani and Michael Gibbons) notes that the federal government is the largest financial supporter of academic R&D, providing more than half of total funds in 2018 (the last year with reliable statistics). After several years of declining levels, federal funding for academic R&D increased by five percent from 2015 through 2018, in inflation-adjusted dollars. Institutional support has increased more rapidly and represents an increasingly larger share of total academic R&D. In 2018, institutional funds constituted more than one-quarter of university R&D, up from less than one-fifth in 2010.

According to NCSES, academic institutions added more than 38 million net assignable square feet (NASF) of science and engineering (S&E) research space between 2007 and 2019, reaching a total of 227.3 million NASF at research-performing universities and colleges in fiscal year 2019. Research space in the biological and biomedical sciences accounted for about 40 percent of this growth.

Even prior to the deadly pandemic that shut down much of the world in 2020, the outlook was highly optimistic for growth in lab design and construction opportunities. As the population ages, average life spans increase, and scientific breakthroughs inspire the need for further research and development activities, lab submarkets across all sectors seem primed for a boom.

For the education lab market, in particular, results from the second quarter of 2021 will be telling. It has been among the weakest submarkets for nearly three years, and the first quarter has historically been its best by a wide margin. Will it revert to form and backslide in the second quarter, or will increased government investment, a strong economy, and favorable demographic and societal factors drive a resurgence? PSMJ releases its second quarter QMF survey results in mid-July.

Jerry Guerra is principal of The JAGG Group, a marketing, communications, and public relations firm serving the A/E/C industry since 2002.