Mercury is the only metal which remains in liquid state at room temperature. In the environment, mercury is found in three forms: metallic mercury, inorganic mercury salts, and organic mercury compounds. Regardless of its form, mercury seems always to be in a state of constant conversion—and its degree of toxicity varies accordingly. Because of this tendency, elemental mercury, when heated or spilled, creates a particularly hazardous situation.

For years, mercury has been used in a number of processes, products, and laboratory operations. Today mercury is commonly found in thermometers, manometers, paint, some fluorescent light bulbs, batteries, and mercury reagents. The largest sources of mercury in municipal solid waste (MSW) are household batteries, electrical switches, and fluorescent lamps.

Because of mercury's high toxicity, the American Conference of Governmental Industrial Hygienists (ACGIH) has set its Time Weighted Average (TWA) for mercury vapor at 0.025 milligrams per cubic meter (mg/m 3), with no allowable short term exposure limit (STEL), plus a Skin Notation (a warning to the effect that a given substance is easily absorbed through the skin). The NIOSH Immediately Dangerous to Life and Health (IDLH) limit is set at 10 mg/m 3.

Effective June 30, 1993, the Occupational Safety and Health Administration (OSHA) has revoked its "Final Rule limits" set forth in Table Z-1-A of 29 CFR 1910.1000, implementing the Court of Appeals decision in American Federation of Labor and Congress of Industrial Organizations (AFL-CIO) vs. OSHA, which succeeded in vacating those limits. OSHA's "Transitional limit" of 0.10 mg/m 3, a product of that action, remains in effect (see 29 CFR 1910.1000, Table Z-2 ) and is strongly enforced.

Chronic exposure to low levels over time may cause mental and motor disorders resulting from damage to the central nervous system. Acute exposure to high levels of mercury vapor often leads to severe respiratory damage. Mercury can be absorbed through the skin; physical contact causes burns to skin and eyes. In such cases, the burning sensation is delayed several hours and gives no warning to exposure. If overexposed to mercury vapor, move to fresh air immediately. Should mercury contact your skin, remove your clothing immediately and wash the area with mild soap and large amounts of water for 15 minutes. In case of eye contact, flush your eyes with water for a full 15 minutes. Seek medical attention immediately.

Always handle mercury with the utmost care. Gloves are a necessity. Make sure your gloves are constructed of a material —such as polyethylene or nitrile—appropriate for keeping mercury away from your skin. Wear chemical safety goggles, a full face shield and impervious aprons or clothing to prevent skin contact.

Respiratory protection is also critical. Because mercury is odorless, an air-purifying respirator (APR) with chemical cartridges may be used only if the airborne concentration is less than 10 mg/m 3. Mercury concentrations above this level require the use of a positive pressure supplied air respirator or a self-contained breathing apparatus (SCBA).

Since mercury spills present a serious health hazard if handled improperly, special considerations are needed to protect clean up personnel and those nearby. For indoor spills, check clothing and footwear for contamination and to avoid the spread of mercury in to other areas. Open all nearby windows and shut off the ventilation system, if applicable. For outdoor spills, ventilation is typically not as crucial, but mercury spilled on uncompacted or loose soil may migrate deep into the soil due to its high density and heavy weight. For small spills, use sand to contain the mercury or an amalgamate such as the LSS brand, Hg Absorb Powder, to bind with the mercury and reduce vaporization. For large spills, dike the area far in advance of the spill for later reclamation or disposal. Mercury-approved vacuums are commonly used on large spills. For all spills, isolate the area immediately. Clean-up personnel should wear the appropriate PPE clothing, gloves and SCBA-type respirators.

Since the 1970s, the use of mercury in products and materials has decreased significantly. Its extreme toxicity has encouraged the development of alternative materials and processes. Always look for alternative solutions. For instance, broken thermometers represent one of the largest single sources of mercury spills. Whenever possible, choose thermometers made without mercury. Packaging is another source of environmental mercury contamination. Fourteen states have enacted legislation to reduce mercury and other heavy metals content in packaging. All of these statutes are based on principles established in the Model Toxics Legislation developed by the Source Reduction Council of the Coalition of Northeastern Governors (CONEG).

The EPA regulates mercury-containing fluorescent lamps under the Resource Conservation and Recovery Act (RCRA). Small quantity generators may dispose of these lamps in an approved hazardous waste landfill (RCRA Subtitle D facility). Do not break the lamps before land filling. Never incinerate the lamps; this process releases mercury vapor into the atmosphere. Mercury compounds may then be returned to earth, polluting lakes and soils. Recycling your lamps is the best solution. Contact your regional EPA office or your state’s Hazardous Waste Management office for the location of an approved landfill or a lamp recycling facility.

Q. How can I know if mercury vapors are present in my work area?

A. Wear a clip-on Mercury Vapor Badge (also known as a personal air monitor). The badge will not only detect the presence of mercury vapor, but can also be sent to a lab for analysis—giving you an exact reading of the concentration level in your work area.

Q. Can I wear a cartridge-style respirator for protection against mercury vapors?

A. Only hazard-specific NIOSH-approved cartridges provide air-purifying protection against low-level mercury vapors. Do not wear an air-purifying respirator when the concentration level exceeds 10mg/m 3; current regulations require the use of an approved supplied-air respirator or SCBA if concentrations are 10 mg/m 3 or greater.

Q. What is an amalgam?

A. An amalgam, when applied to a small mercury spill, binds the mercury with another metal— causing a chemical reaction which inhibits vaporization. Since mercury vapor is highly toxic, treating pooled mercury with an amalgamating agent greatly reduces the dangers that even a minor spill could pose.

READER COMMENTS:
Akbar Anwari, BrandTech Scientific -   One of the issues with mercury, is that even though its volatility is low, it is not non-existent.  When it’s spilled, small amounts of mercury evaporate, and redeposit, forming a thin film of mercury over everything.  It also amalgamates with exposed metal. This is why it’s so difficult to clean up, especially if it’s been allowed to sit for a while. 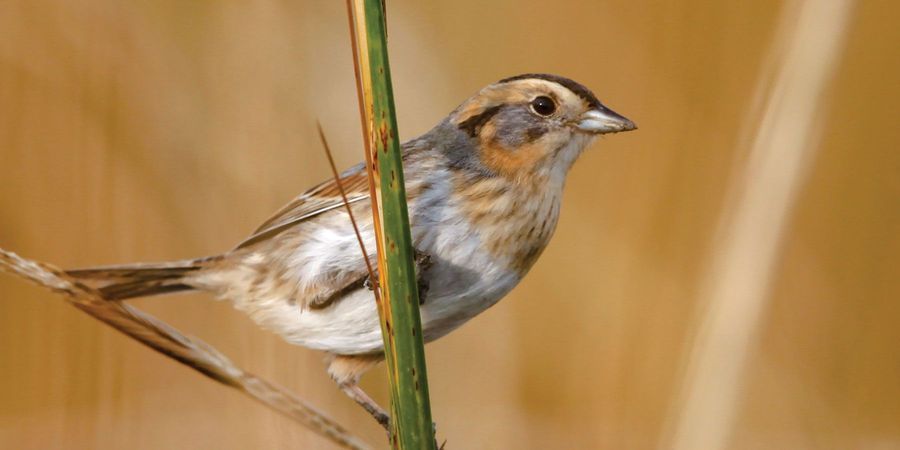 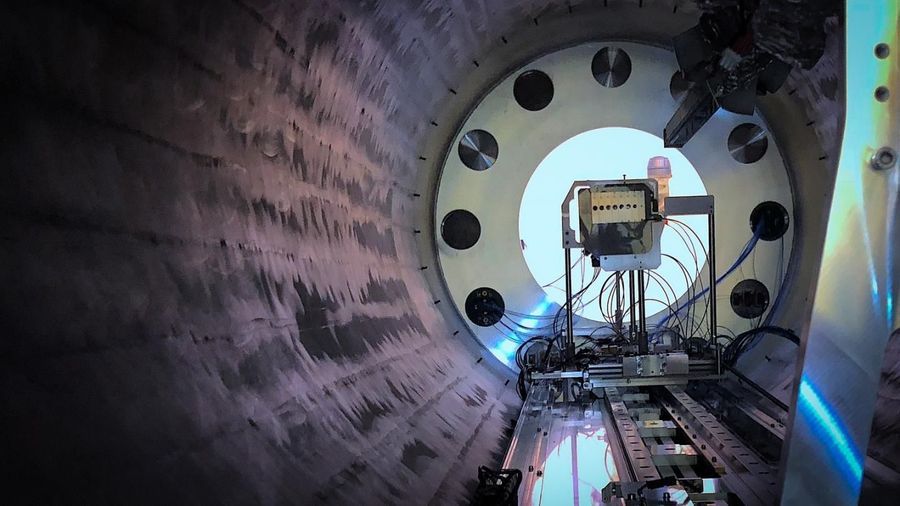 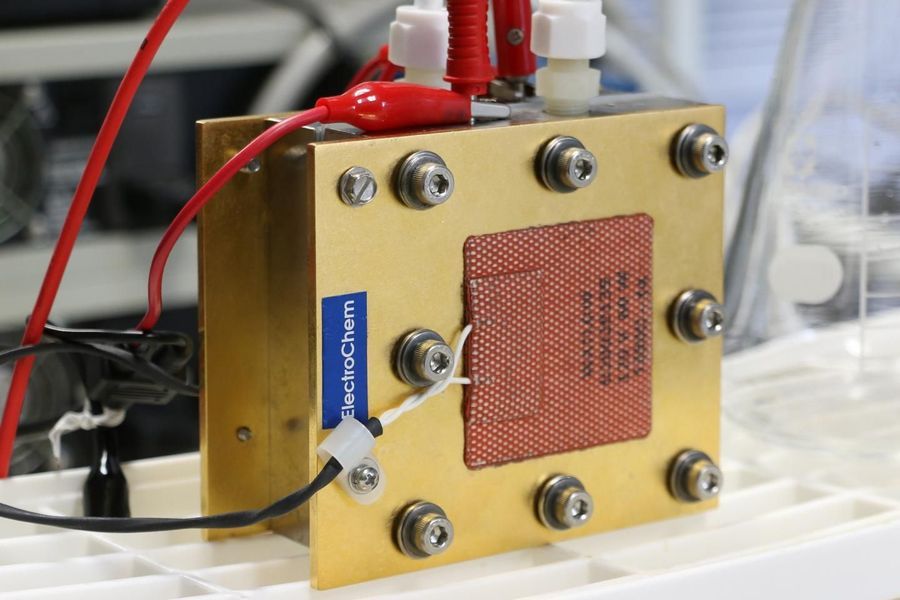 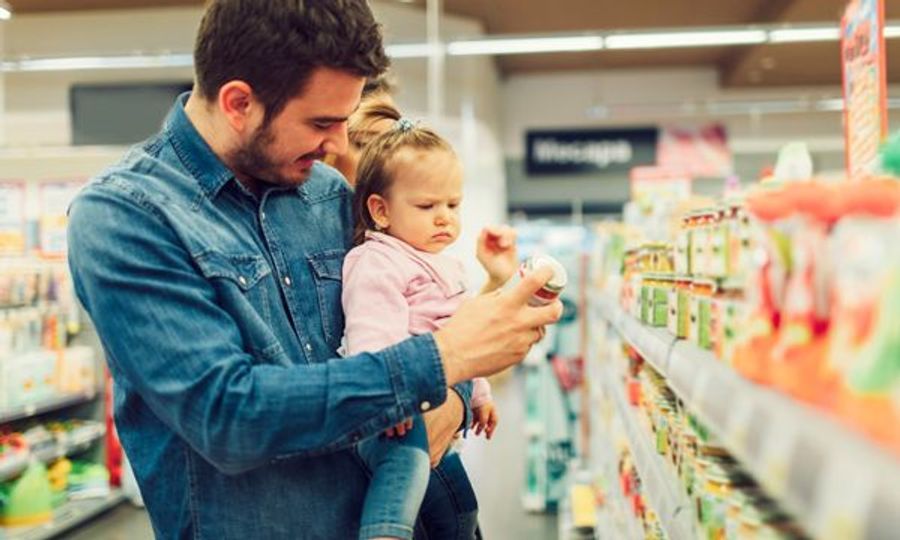 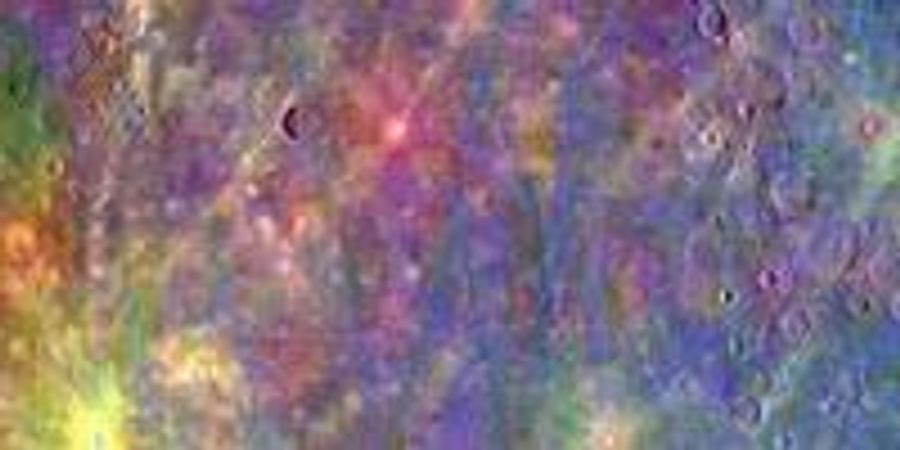